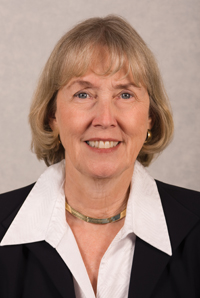 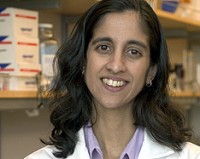 UCSF research-doctorate programs have ranked among the nation’s best in a survey released today by the National Research Council (NRC).

The top-ranked UCSF programs were nursing, biochemistry & molecular biology, and bioengineering. The range for three other programs included second place: neuroscience, biophysics and biomedical sciences. The range for cell biology started at No. 3.

The other five programs in which UCSF was scored – medical anthropology, chemistry & chemical biology, sociology, genetics, and oral & craniofacial sciences – also ranked among the nation’s best.

“This reflects the success of our interdisciplinary approach to PhD training and the outstanding quality of our faculty and students,” said Patricia Calarco, PhD, dean of the UCSF Graduate Division, which administers doctoral, master’s and postdoctoral training programs. “UCSF offers graduate students a rare opportunity to study key problems in the basic biomedical, humanities and behavioral sciences on a campus exclusively devoted to the health sciences. “

The NRC assessed overall quality based on 20 variables, applied across 5,004 graduate programs from 212 universities. The assessments were based on data from 2005 and earlier, and only included programs that had existed for at least five years.

On releasing the report today in Washington, D.C., the NRC said its assessment offers an unprecedented collection of data, including information on faculty research productivity, institutional support for students and the diversity of faculty and students, among many other characteristics.

Each program was compared against others in its field. Biochemistry and molecular biology, for example, were ranked against 159 similar programs, while the nursing doctoral program and bioengineering were compared to 52 and 74 other programs, respectively.

“We are pleased to get this recognition, but the rankings that mean the most to us are made by the graduate students who choose to come here,” Desai said. “Our students hail from all over the world and conduct daring and path-finding work in their areas. These are not just students, but active scientists who are integral to the work we do.”

The NRC assessed each doctoral program with two sets of ranges based on different statistical analysis methods. Faculty determined which data indicated quality in each field; data were provided by each graduate program.

The S (or survey-based) rankings are based on a survey that asked faculty to rate the importance of 20 program characteristics in determining a program’s quality. Each quality then was given a weight and the weights were applied to data on each program in that field. The R (regression-based) rankings used the same 20 characteristics, but weighted differently to highlight other aspects of a program. For example, faculty research productivity and grants support ranked higher with the S measure while program size had a greater impact on the R measure.

This year’s UCSF rankings are as follows:

Comparative data on other institutions can be obtained from the NRC web site, https://www.nap.edu/rdp.