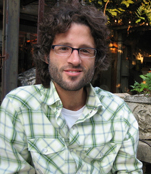 UCSF scientists have created a method of quickly identifying large numbers of the genetic material known as short hairpin RNA — also called shRNA – that turns genes on and off.

The method, which the research team has used to create a library of 22,000 of these “on-off” switches for roughly 600 human genes, provides a tool for scientists throughout the world, with ultimate impacts on the study of the genetic basis of diseases ranging from HIV to high cholesterol, Parkinson’s disease or cancer. The team is currently working on creating an shRNA library for the entire human genome.

Findings are available in the Advanced Online Publication section of the journal “Nature Methods” at http://dx.doi.org/10.1038/nmeth.1330 and will appear in the June 2009 print issue of the journal.

Since their discovery in the past decade, biologically active small RNAs have become the holy grail of much pharmaceutical and genomics research, offering the hope of creating targeted therapeutics to “turn off” or turn down the “volume” of various genes involved in disease, according to Michael McManus, PhD, a UCSF microbiology professor and senior author on the paper. This process is known as RNA interference.

Until now, however, the process of finding shRNAs that are able to potently deactivate a given gene has been extremely laborious and laden with many false results.

The new method uses a microarray technology to generate large numbers of these shRNA strands for each target gene – roughly 10 times the volume of traditional methods – thereby enabling researchers to screen for RNA interference much faster than before and at a minimal cost, McManus said.

“This means that even a small laboratory with limited resources can perform complex genetic screens on mammalian cell cultures,” he said. “With the current scarcity of research funding, these are invaluable tools for researchers worldwide.”

Many diseases already have been linked to specific genes that are mutated or turned on to cause the illness. How those genes actually cause the illness is less clear, but by using shRNA to turn the genes off, researchers can study specific genetic function and start to identify drugs or therapeutics to change it.

The system, which uses “deep sequencing” technology to rapidly uncover effective shRNAs by simultaneously sequencing millions of base pairs of DNA, also enables scientists to better identify which of those tiny RNA-strands is most effective in turning off a particular gene and which ones are effective but also cause side effects on untargeted genes.

Research into gene function has been done for years with worms and fruit flies, whose short life spans and rapid reproduction make genetic testing relatively inexpensive, McManus said. But in mammals, studying the function of individual genes can often cost a laboratory $100,000 or more in basic materials and require complex technology to run.

The UCSF shRNA library aims to offer more than 600,000 different samples of shRNA – roughly 30 for every human gene. Once the shRNA library is complete for the human genome, the team will continue creating libraries for other species.

McManus said he plans to make shRNA libraries available through the UCSF Sandler Lentiviral RNAi Core, which he directs. The Core provides essential equipment, training, supervision, and monitoring for researchers working in lentiviral-based research, as well as offering viral packaging and other services for researchers.

Michael C. Bassik and Robert Jan Lebbink were joint principal investigators on the journal paper and contributed equally to the work.

Bassik and co-authors L. Stirling Churchman, Nicholas T. Ingolia, Maya Schuldiner and Jonathan S. Weissman, are in the UCSF Department of Cellular and Molecular Pharmacology, the California Institute of Quantitative Biosciences (QB3), and the Howard Hughes Medical Institute at UCSF.

Lebbink, co-author Weronika Patena, and senior author McManus are in the UCSF Department of Microbiology and Immunology. Emily M. LeProust, in the Genomics Solutions Unit at Agilent Technologies, Inc., Santa Clara, CA, was also a co-author.