The removal of a historic collection of fresco murals from UC San Francisco’s Parnassus Heights campus has won a California Preservation Foundation award. The news of the honor for ARG Conservation Services, the firm UCSF selected for the removal, comes as the University is taking the next steps to preserve the murals with a task force releasing its recommendations for finding a permanent home for the artwork.

The murals, named “The History of Medicine in California,” were painted al fresco on the mostly curved walls of the Toland Hall lecture amphitheater in the 1930s. The murals were removed because the building is seismically vulnerable and is scheduled for demolition. In its place UCSF plans to construct a state-of-the-art research and academic building as one of the first projects to revitalize UCSF’s century-old Parnassus Heights campus.

In late 2020, UCSF hired ARG Conservation Services – a company known for its expertise and success in managing the preservation and transportation of such delicate artwork – to remove the murals. Starting in July 2021, the firm began preparation work for the removal. The removal included custom-designed support systems for each mural and removal by crane through a skylight of the building. 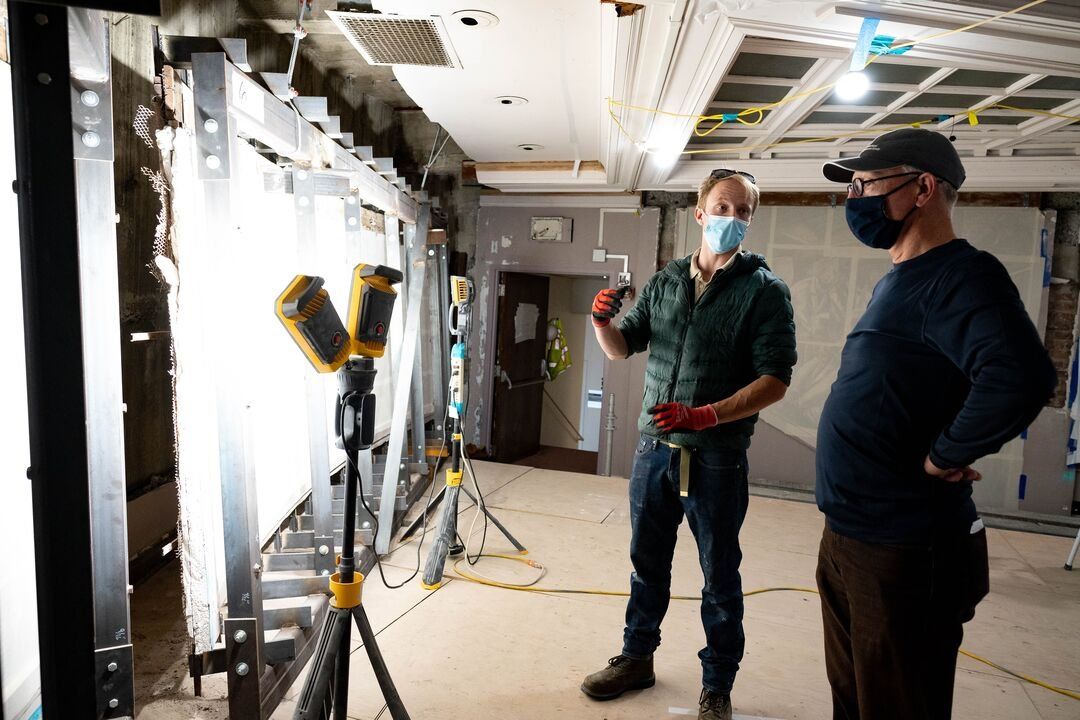 Erik Sandell (left) and David Wessel, both of ARG Conservation Services, talk in front of the UCSF murals’ panels ahead of their removal in fall of 2021. The work included packing each pane in a custom-made frame. Photos by Susan Merrell 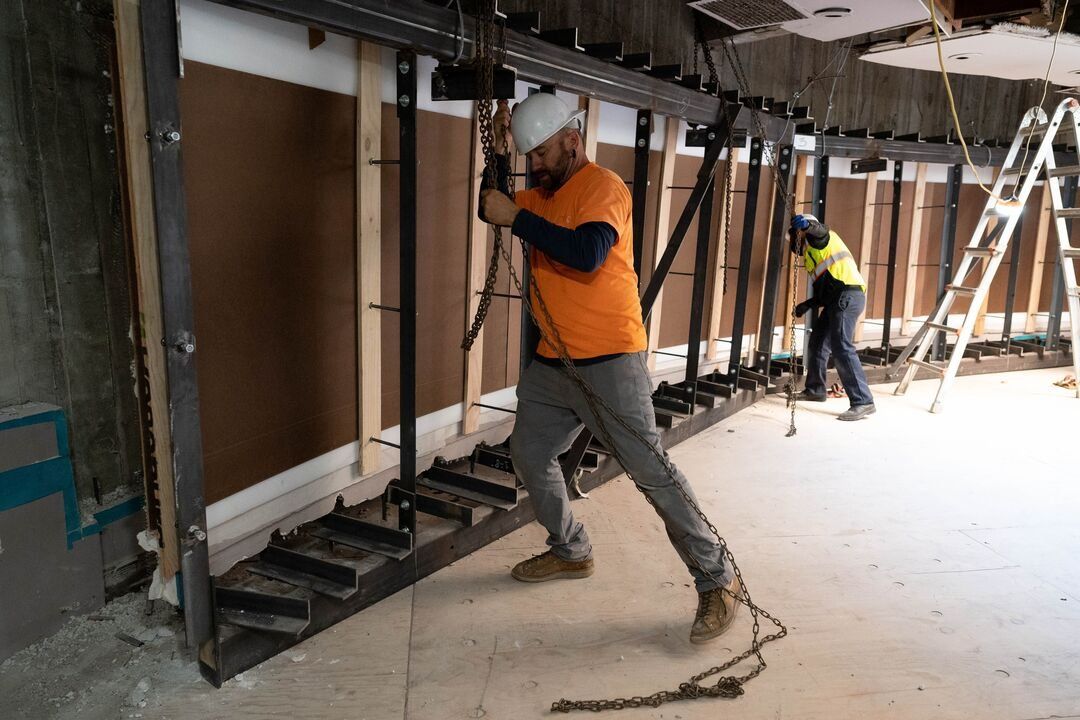 A worker with ARG hoists a panel so that it can be placed onto a cart and then rolled into position for a crane to lift it. 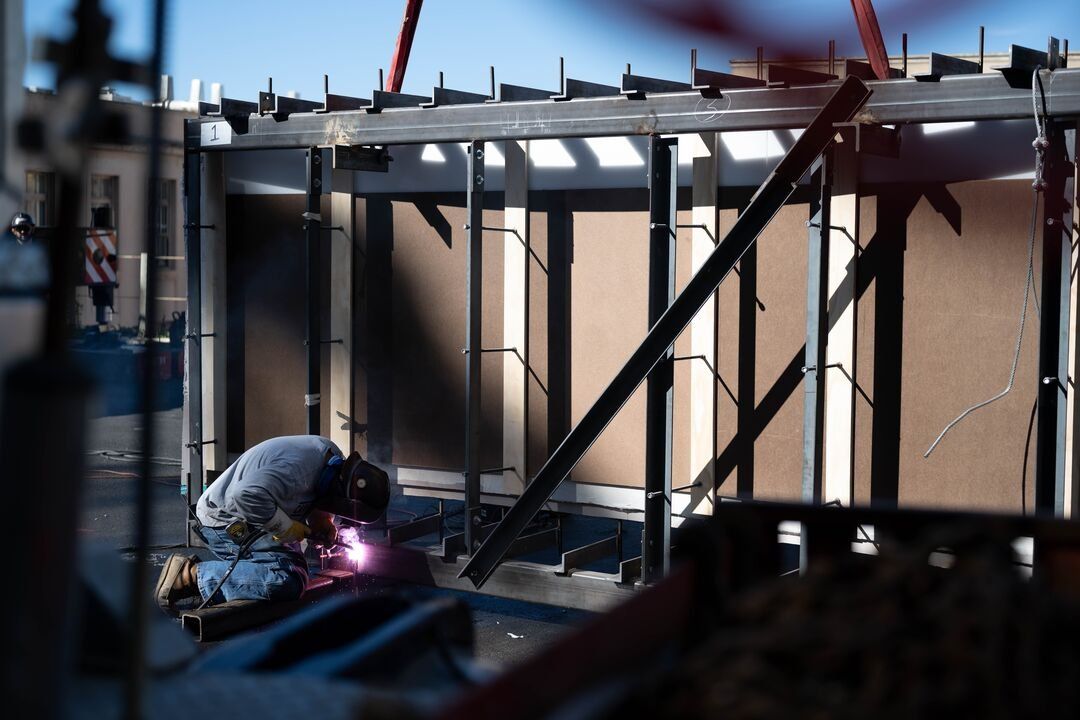 Hector Pineda of ARG welds a panel’s steel scaffolding so that it can be loaded onto a truck and then safely transported to a climate-controlled storage facility. 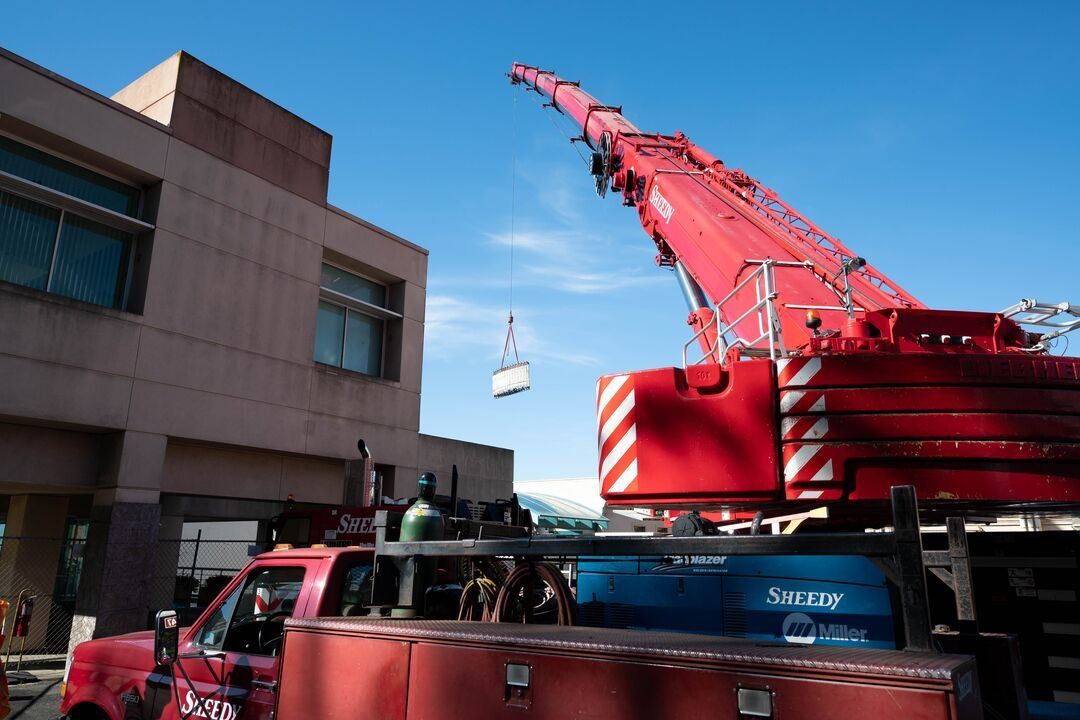 Each of the mural panels was lifted out of a skylight in Toland Hall by a crane. 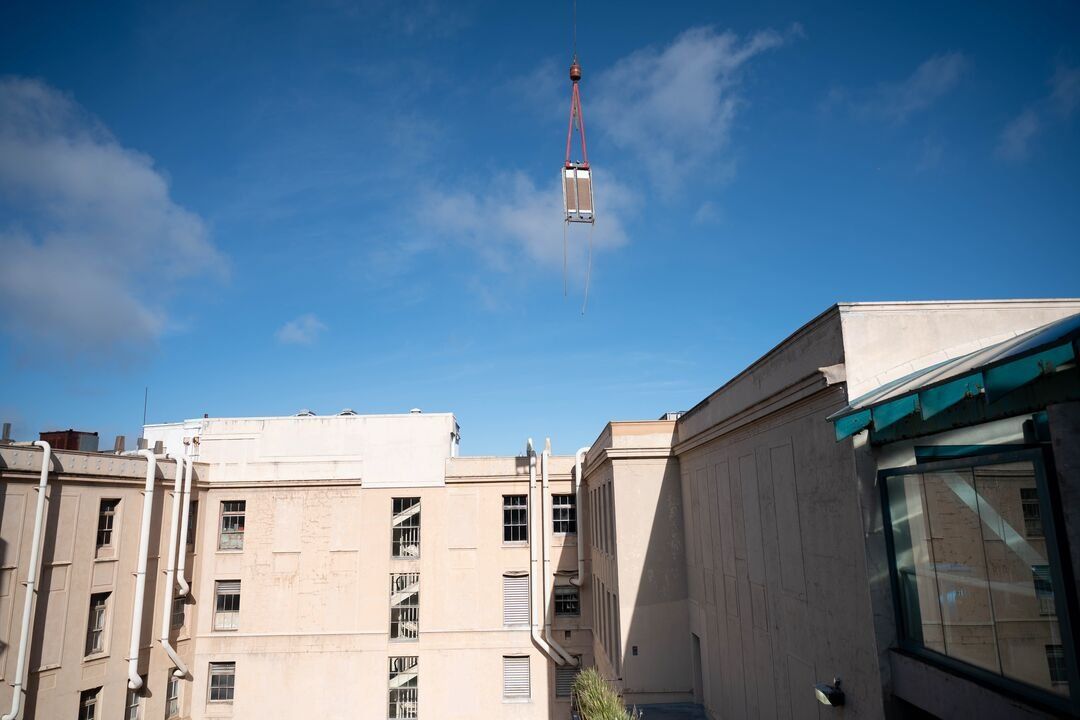 The removal of the Toland Hall murals by ARG won a Preservation Design Award for Craftsmanship/Preservation Technology.

ARG’s work will be recognized this October by the California Preservation Foundation, which will present the firm with its Preservation Design Award for Craftsmanship/Preservation Technology.

The murals were moved to a climate-controlled Bay Area storage facility that houses fine art while UCSF works to find a permanent home for them. That work took a step forward with the completion of the UCSF task force recommendations for the murals’ future.

In summer of 2021, Chancellor Sam Hawgood, MBBS, appointed a UCSF task force that included, UCSF staff, a student, and faculty, as well as the president of the San Francisco Historic Preservation Commission. The 11-member task force reached out to various stakeholders that included community members, the artist’s family, and descendants of formerly enslaved Biddy Mason, who became a nurse and philanthropist and is believed to be featured in one of the frescoes.

Members of the multidisciplinary committee appointed to the Future Placement of the Toland Hall Murals Task Force:

After months of work, the task force compiled its recommendations, some of which were unanimously agreed upon by all 11 members, and others that had differences of opinion across the members.

The main recommendations of the task force are that the murals should be preserved as a collection and displayed in an appropriate context that allows for voluntary and informed viewing with respect to the imagery. Additionally, the task force recommends that the UCSF works toward finding a permanent and suitable home for the display and care of the murals. Ideally the murals would find a home locally, and should UCSF be unable to build a site that meets the need of a permanent location, it would seek an institutional partner such as a museum to house the collection. The task force also recommends that UCSF work to help secure funds to enable a plan of action from the chancellor.

“This report has done a good job of identifying and assessing appropriate options to explore further,” Chancellor Hawgood said. “Additionally, I would like to thank the members of this task force for the thinking that they put into forming these recommendations for UCSF.”

“We’re thrilled that the public will be able to view and engage with these murals, and want to make sure that people understand their historical context, and the time in which they were created,” said Brian Dolan, PhD, co-chair of the task force, professor in UCSF’s Department of Humanities and Social Sciences, and a researcher of the history of medicine. “Artifacts such as these provide an opportunity to learn not only about past events but, perhaps even more importantly, also about the beliefs and values of those who came before us.”

Ahead of the award-winning removal, archivists with UCSF’s Library began taking steps to preserve a record of the murals in their initial – in situ – location in Toland Hall. The library team looked for a firm to capture the artistic heritage of the murals via a high-resolution digital experience that could be viewed online, anywhere in the world.

You can now explore “The History of Medicine in California” frescoes through a high-resolution, immersive experience.

The University partnered with CyArk, a nonprofit organization known for its digital preservation of cultural heritage globally. The firm prepared high-resolution scans of the murals, and the result is a state-of-the-art production that showcases the murals in all their splendor – accompanied by a full set of annotations to explain the complex scenes depicted in the panels.

The new digital experience launched in early September, and it includes a virtual-reality option that places the viewer right in the room with the frescoes.

“We’ve turned a hidden treasure into an open-access educational resource,” said Polina Ilieva, senior archivist with UCSF’s Library who led the digital effort.  “What was a remarkable piece of art and medical history, whose viewing was limited to those fortunate enough to have had classes in that lecture hall or were able to attend an occasional showing, can now be seen by anyone, anywhere, along with a narrative that gives important context to this often-complicated material.”