“It is a totally different way of doing care for people,” Monica Gandhi, MD, MPH, medical director of Ward 86, said during the AIDS Walk event. “Because of you, that is what is helping to launch it. So thank you for helping to support Ward 86.”

UCSF this year also formed its first-ever UCSF Advocates team to in part encourage members of the broader community to join the advocacy program to stand up for values and policies fundamental to UCSF’s mission, including federal funding for HIV research.

At AIDS Walk, more than 150 people joined with the UCSF Advocates and signed postcards for their congressional representatives, asking them to support HIV and AIDS research.

The advocacy is a continuation of the decades of work that UCSF has done in research and patient care, such as UCSF’s Ward 86, which was the world’s first dedicated HIV outpatient clinic. Fittingly, the theme for UCSF’s team T-shirt at AIDS Walk carried the slogan “Generations of Impact.”

See photos of UCSFers at this year’s AIDS Walk: 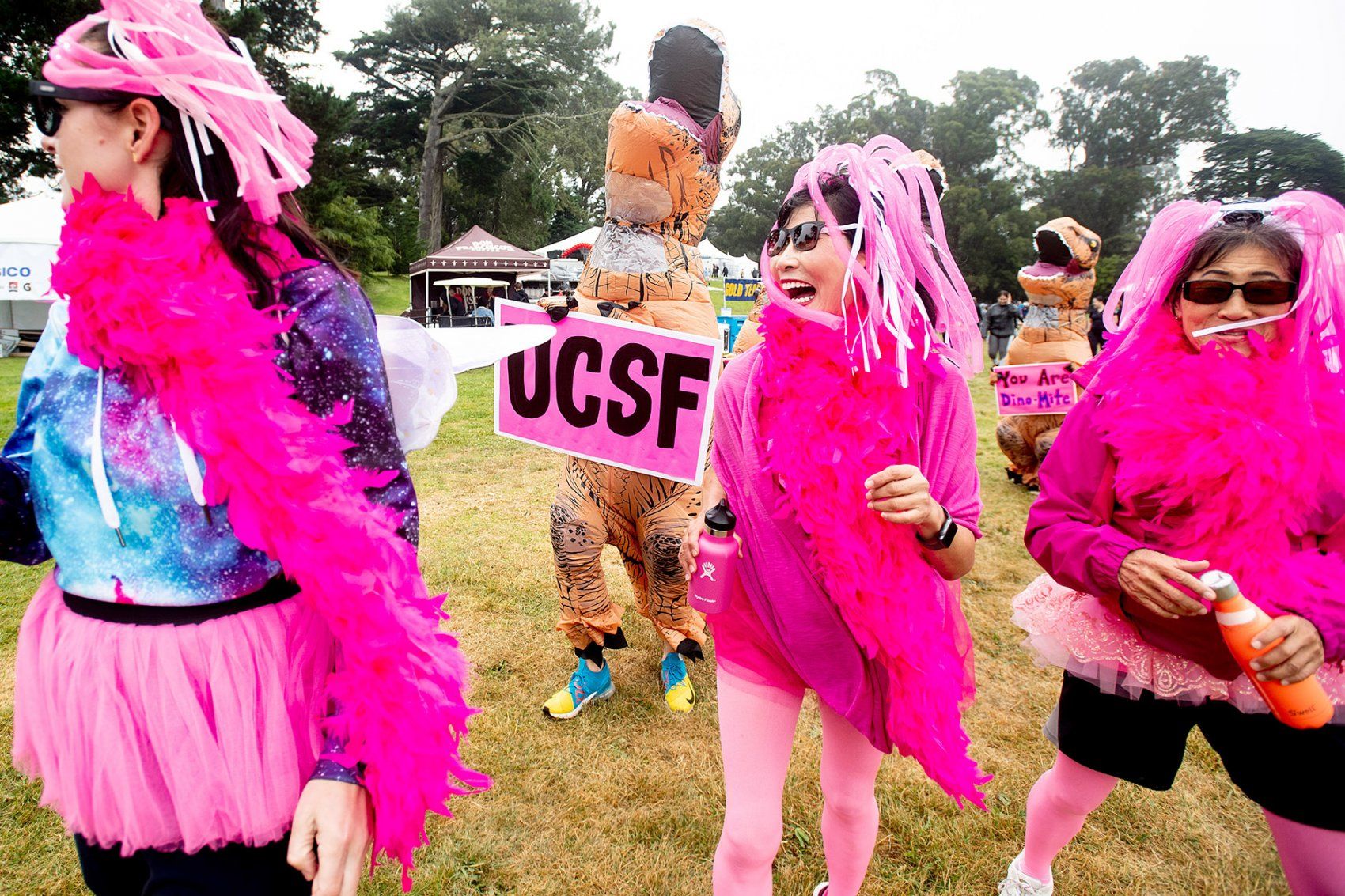 UCSF staff, faculty, students and supporters joined in this year’s AIDS Walk San Francisco on Sunday in Golden Gate Park. Among those walking the 10K were Kathy Ghanayem (center) and Cee Cee Shinn (right). Shinn drafted friends and UCSF retail workers to dress in the dinosaur costumes for the event. Photo by Noah Berger 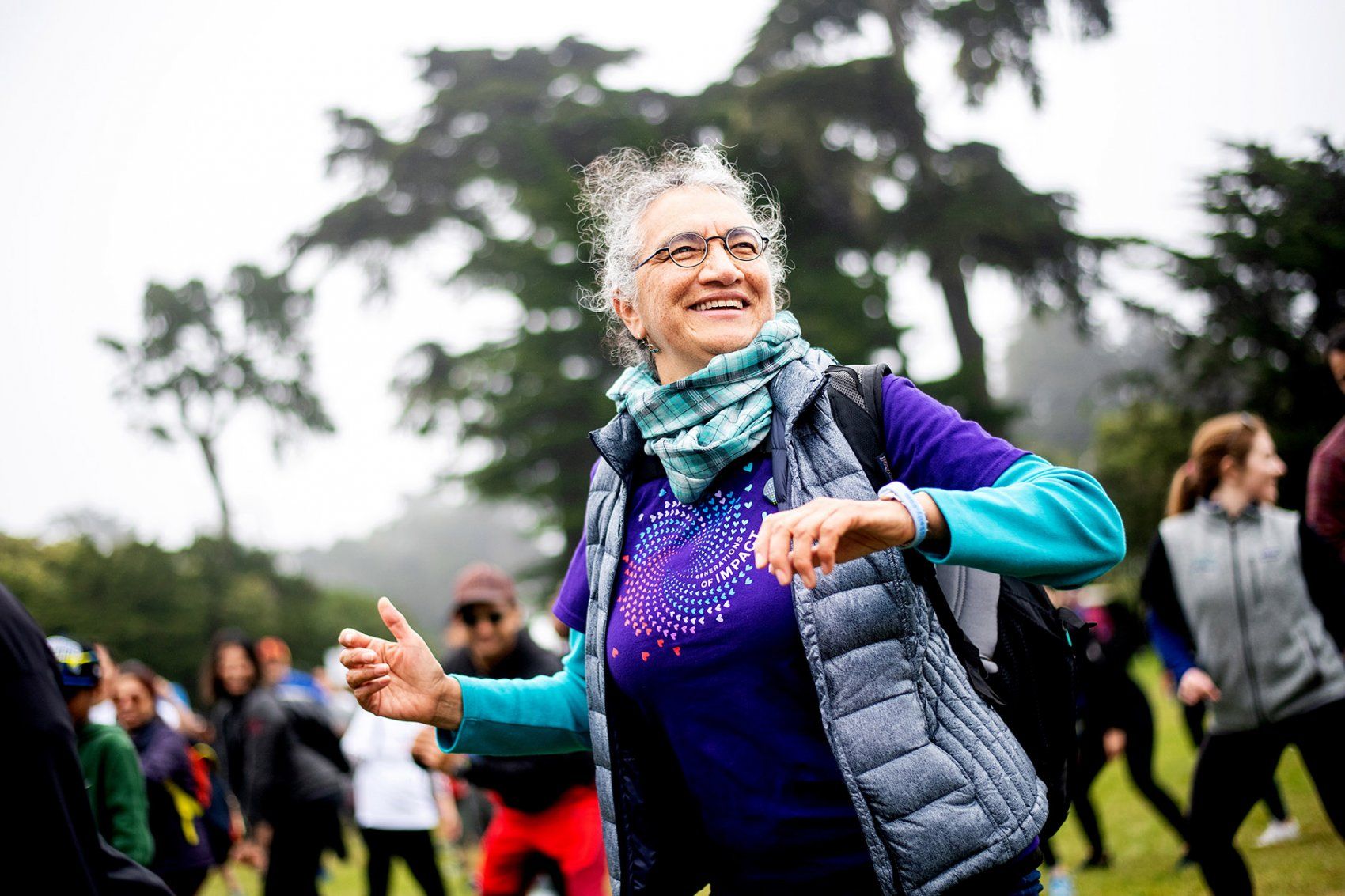 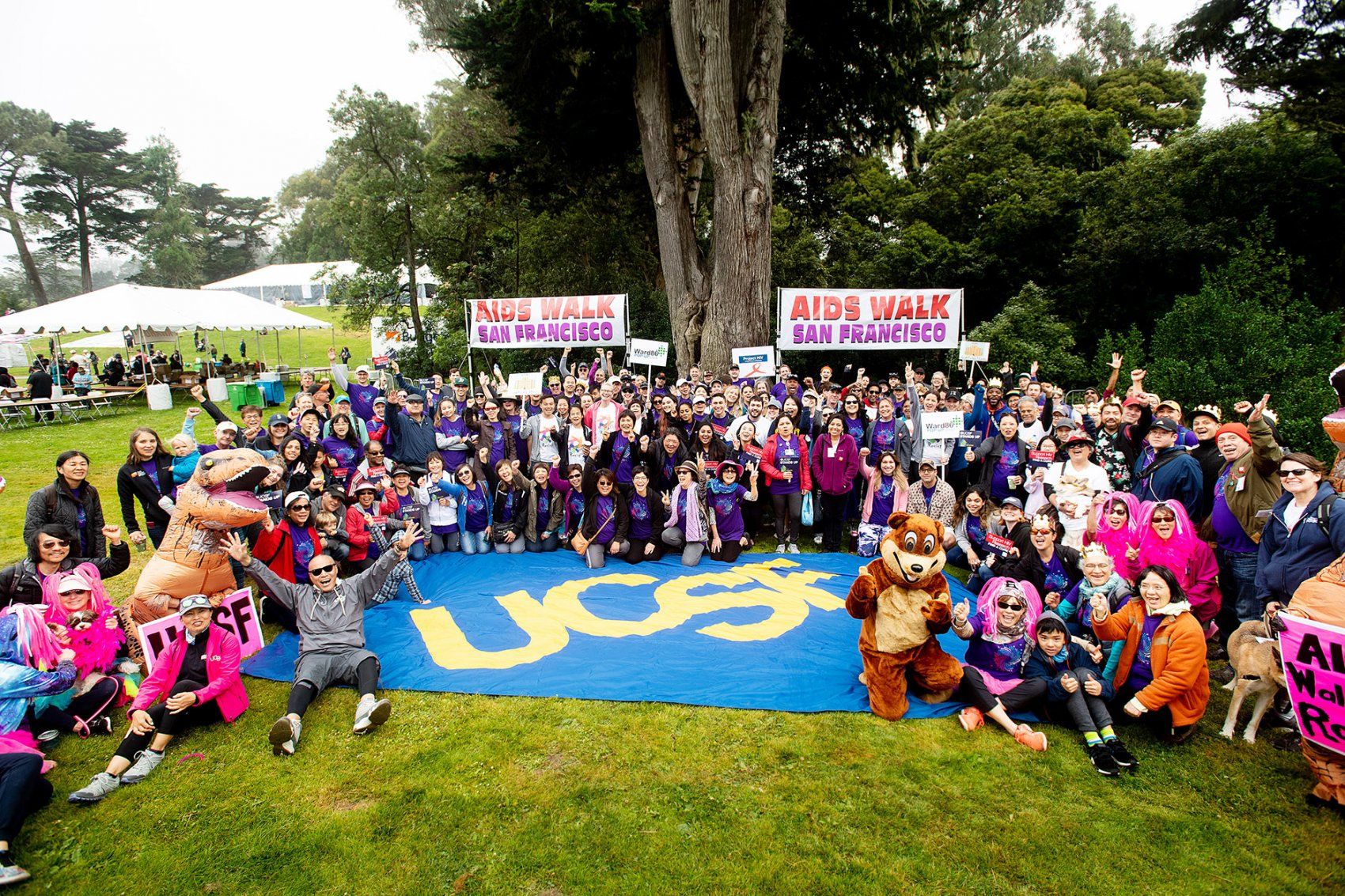 UCSF community members gather for a group photo ahead of the AIDS Walk San Francisco event. Photo by Noah Berger 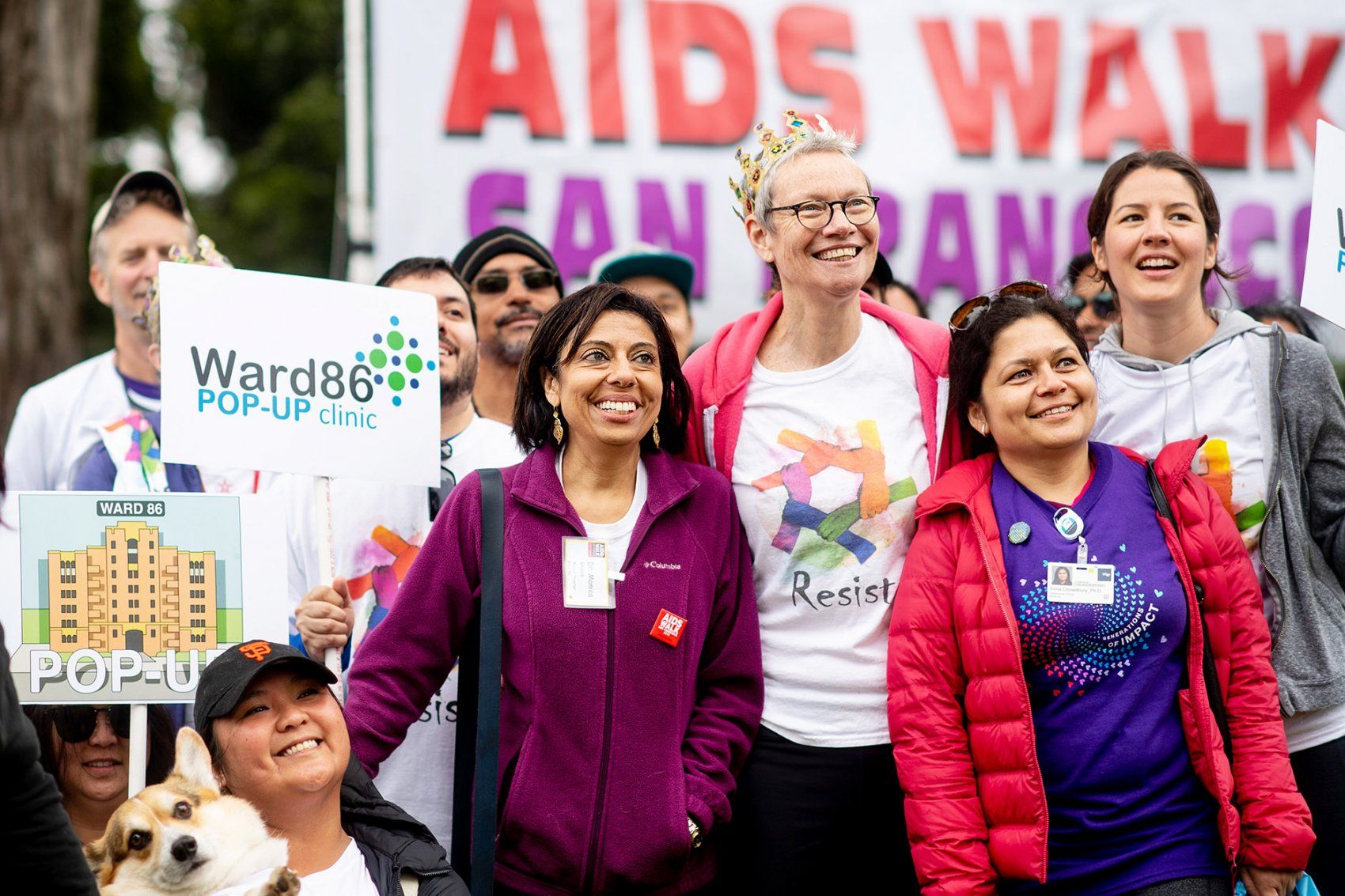 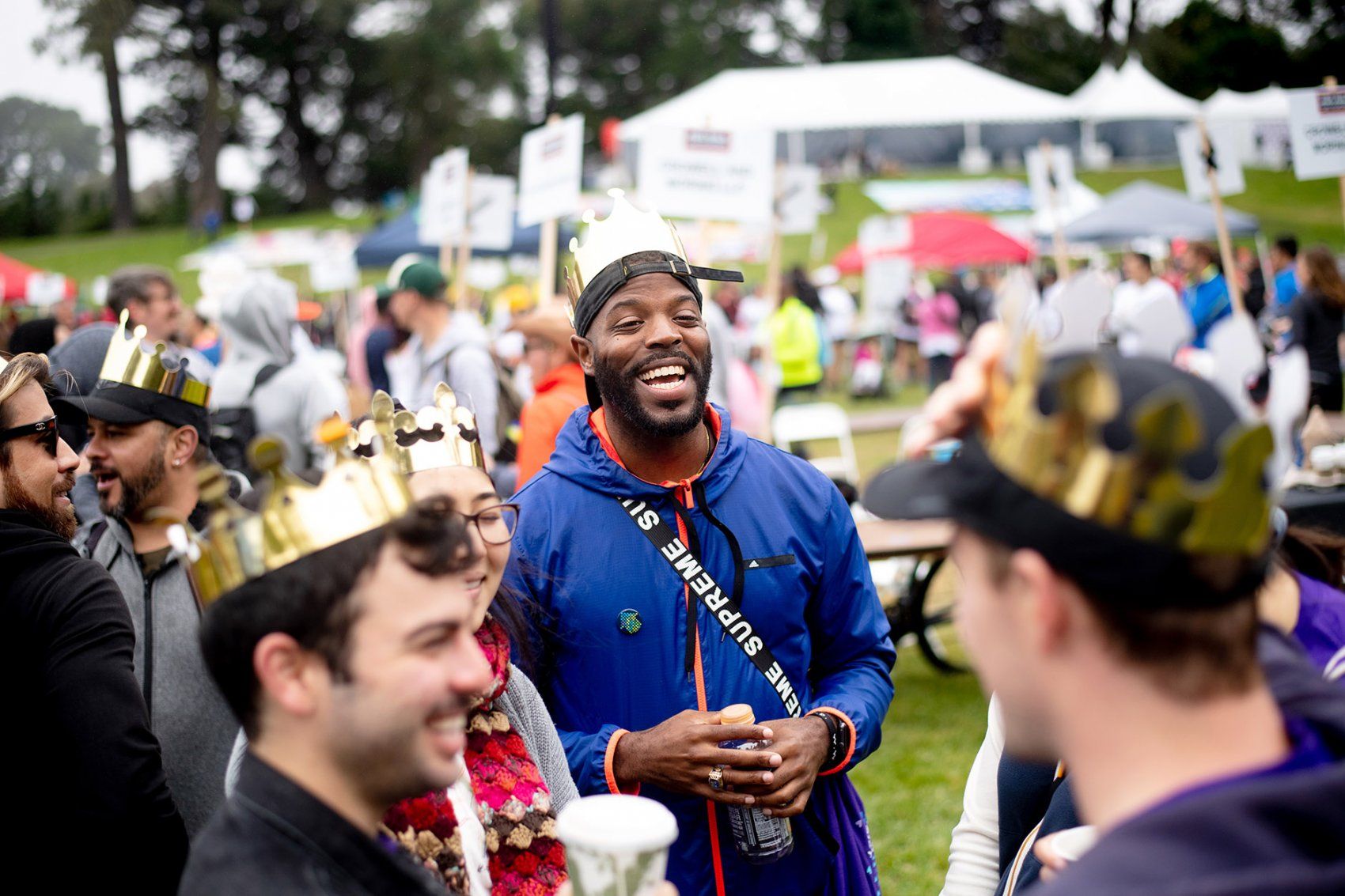 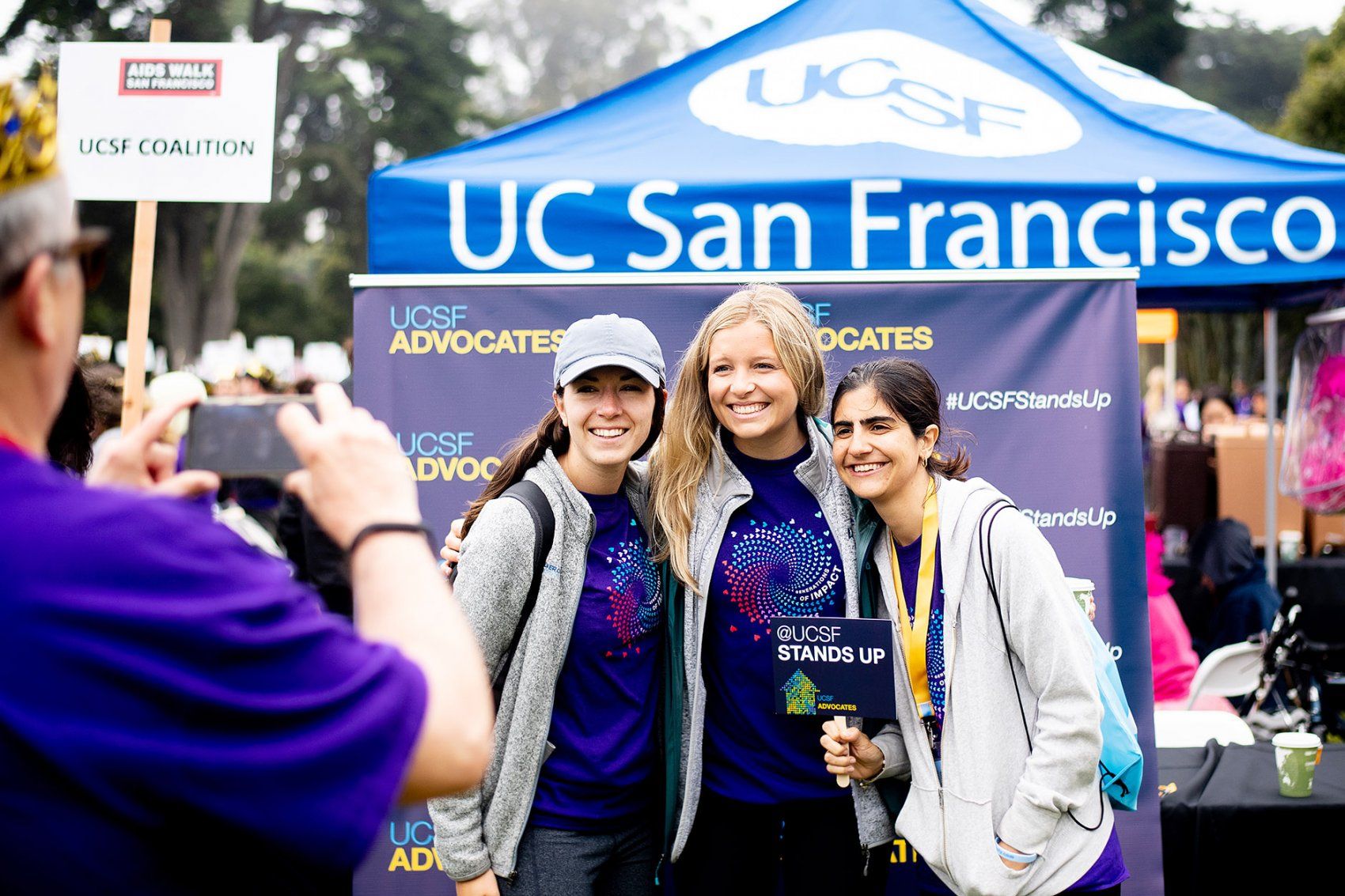 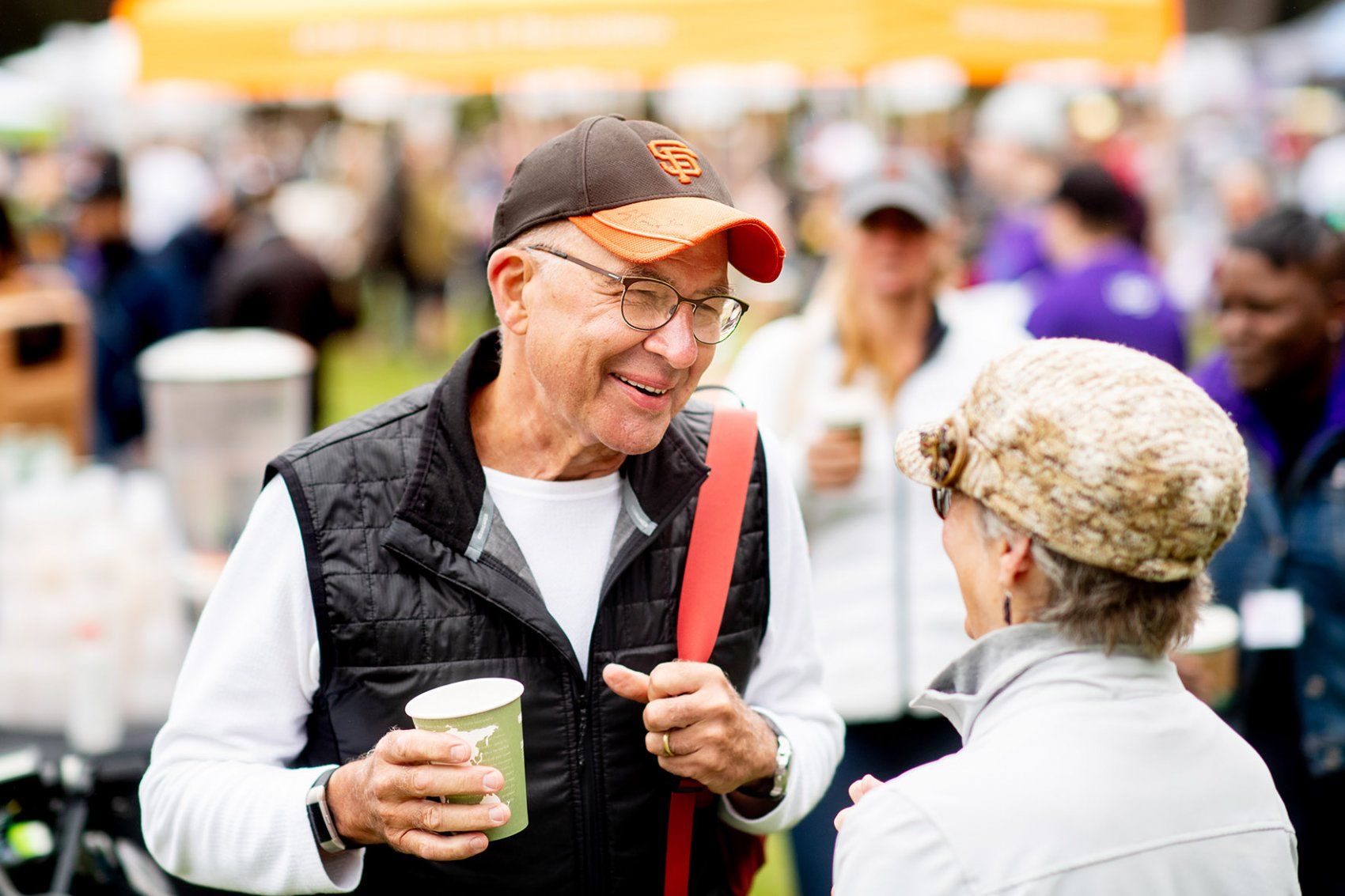 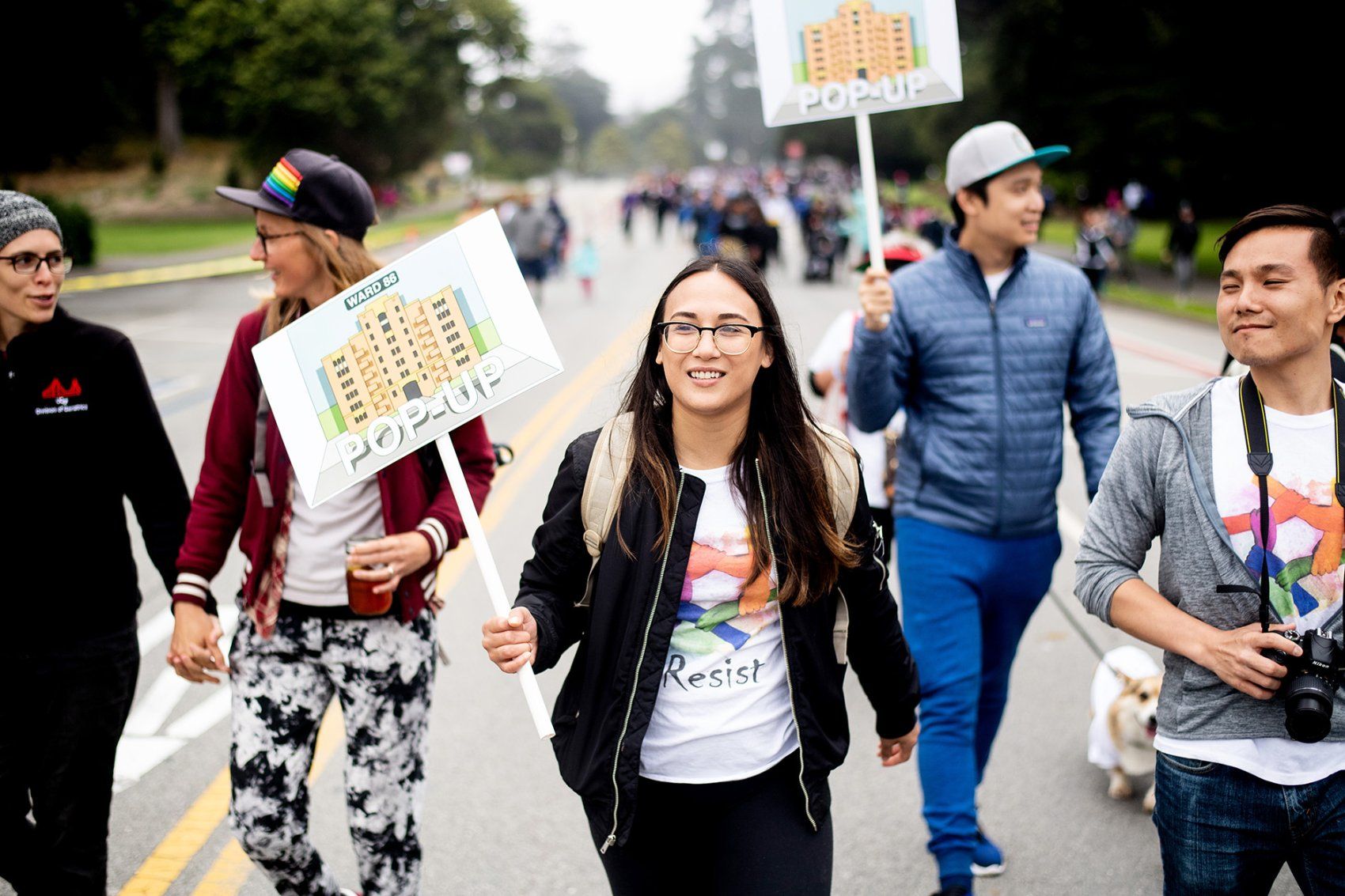