It was a cold and rainy day when the doctor found Alvin on the streets of Oakland, months out of jail, off his psychiatric medications and considering taking his own life.

Alvin had become a dark statistic: one of nearly 3,000 people living unsheltered in Oakland and one of the 45 percent who report problems with psychiatric or emotional conditions.

When psychiatrist Aislinn Bird, MD, MPH, and her street medicine team discovered Alvin on that gloomy day, he also became another statistic: one of the 14 percent of homeless in San Francisco and Alameda counties who receive mental health services.

Bird is the staff psychiatrist at the LifeLong Medical TRUST Clinic, which provides physical and mental health care for the homeless in downtown Oakland, and the founder of the StreetHealth program, part of Alameda County Health Care for the Homeless. Every weekday morning, a team of doctors and social workers visit homeless encampments, handing out basic necessities like clean socks and granola bars, but also medications to treat depression, anxiety and nightmares from post-traumatic stress disorder. People aren’t always receptive, but the team comes every day offering help, hoping to build enough trust that people will visit the clinic for care.

“The StreetHealth Team came through and it was a match made in heaven,” Alvin said of his first contact with Bird. “They saved me and I did the best I could to go into the clinic.”

“Public psychiatry is the mental health care in the safety net,” said Christina Mangurian, MD, MAS, who co-founded and co-directs the UC San Francisco Public Psychiatry Fellowship at Zuckerberg San Francisco General Hospital. “So think about it as the system where people who are uninsured or have public insurance, like Medicaid, can get psychiatric treatment.”

While Bird, who is an alum of the UCSF fellowship, and others are working daily to serve the psychiatric needs of the underserved, nationwide there is a growing demand for these types of services.

There is increasing recognition that mental health care can be key to improving overall health outcomes and may be a doorway through which someone can then access the help they need.

“This is happening everywhere,” Mangurian said of the increasing attention being paid to the need to address mental health issues. But she notes inequities in access to care. “As treatment for mental illness gradually becomes less stigmatized, people with means can find care in the private sector. But for those without means, especially the poor and marginalized, the public sector needs to expand to provide the care needed by this population.”

One problem is that there are fewer psychiatrists available to care for the most vulnerable. Forty percent of psychiatrists now work in private practices that accept only cash. The rest – the number of psychiatrists working with public sector and insured populations – has declined 10 percent from 2003-2013, according to a report by the National Council Medical Director Institute.

[F]or those without means, especially the poor and marginalized, the public sector needs to expand to provide the care needed by this population. 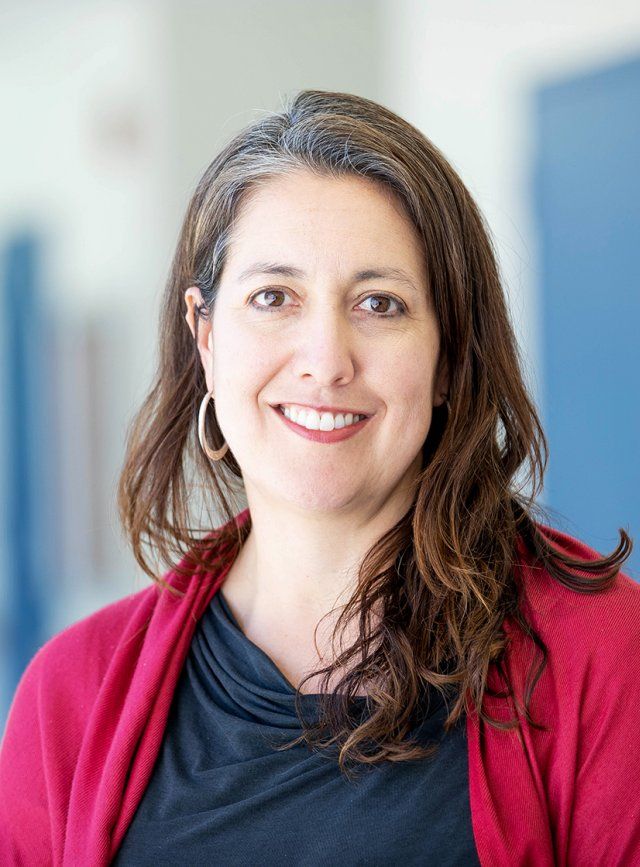 Reasons for the decline include low rates of reimbursement, burdensome requirements for documentation, restrictions on sharing information that can better coordinate care, and high rates of burnout.

And, of course, there’s the pay – especially in areas with high costs of living, like the Bay Area.

“So why does a psychiatrist choose to go to work in the public sector when they could work somewhere else for $50,000 or $100,000 more a year?” Mangurian said. “They do it because they find meaning in this work and because they are dedicated to social justice and equal care for all populations.”

The Road to Public Psychiatry

What is Public Psychiatry?

Bird calls her work at the TRUST Clinic and with the StreetHealth team her “dream job.”

Her road to public psychiatry started across the Bay from Oakland, in East Palo Alto, where she worked as an elementary school teacher out of college. There she saw her young students struggle with dental problems, obesity, severe allergies and other consequences of having poor access to health care. She decided to go to medical school to provide hands-on care, thinking she might become a family doctor.

It was during her psychiatry rotations at the VA in Long Beach, working with people with serious and persistent mental illness, that she saw how for this population, a psychiatrist often serves as someone’s main doctor and their advocate. She also saw that many of the obstacles to mental health care were systemic, from poverty to the lack of integrated care in hospitals.

“Unfortunately in medicine and in society, there’s a lot of stigma and judgement of folks who have behavioral health symptoms. So I got to see the psychiatrist really make sure that their patients got the care that they needed in other medical fields, but also linking them with case management and helping with housing. I really liked that broad spectrum that you can do as a psychiatrist,” she said.

Her interests led her to the one-year UCSF fellowship program, from which she graduated in 2017. During the program, fellows are placed at clinical sites where they get hands-on experience working with underserved populations such as the homeless or children in foster care. Bird was assigned to the TRUST Clinic, where she landed a job after her fellowship.

In her three years at the clinic, she co-created the StreetHealth team and has worked to increase awareness of PTSD among the homeless in Oakland. Like any psychiatrist, Bird has patients who sometimes don’t show up for their appointments. But for her patients, many of whom are homeless, the missed appointments are due to tents flooding in the rain, the lack of phones or emails to receive reminders, or a visceral fear of stepping inside a building after a lifetime of living on the streets.

The most common condition she sees in her patients is PTSD. Mental illness is not the main reason most people become homeless – it’s lack of affordable housing – but the daily traumas of living on the streets certainly exacerbate behavioral issues.

For some, coming into the clinic is the first step to turning things around. A few days after Bird met Alvin on the streets, she was excited to see him in the clinic’s waiting room. Now she sees him regularly, he’s back on his medications and has moved into a shelter.

Another of Bird’s patients, who goes by Pastor Preston, had been living outside in downtown Oakland for several years, sometimes just a few blocks from the clinic. A veteran, an ordained minister, and now 62, Pastor Preston has long dealt with depression and PTSD.

“If you’re depressed and you don’t know what’s going to happen, say even an hour from now, it can bother you,” he said.

It was the StreetHealth team that finally convinced him to get help. They connected him with a program to get free dentures and his new set of teeth gave him enough “super self-esteem” that he was finally able to walk into the clinic. Now he comes to the clinic several days a week for psychiatric care, primary care, therapy sessions and even haircuts.

He also was able to find housing.

Now he tells people he sees suffering on the streets to give the clinic a try, even if they just come in to use the free showers.

Looking at the Big Picture

Treating PTSD in patients is important – but so is recognizing that it is an issue in the first place.

When Bird was a fellow at the clinic, she saw a lot of trauma among her patients, but there was no systematic screening for PTSD for the homeless population. Screening was mostly focused on depression. She went on to implement a screening process for PTSD, which has helped target care and monitor progress.

This type of bigger-picture thinking is a vital part of what the UCSF Public Psychiatry Fellowship teaches.

“We really try to give the fellows the tools that they need to start looking at things at a population health level. I ask them to start by using their clinical experience to identify problems in our system, and then look at available data as a scientist to quantify the extent of the problem and identify particularly vulnerable subgroups. By examining the data closely, they can really start building services that target needs of particularly vulnerable groups,” Mangurian said. “What really sets us apart from any of the other public psychiatry fellowships in the country is a strong research component.”

The big-picture thinking has enabled many of the 25 alumni to go on to leadership positions across the Bay Area and the nation.

“You learn the logic behind the system and its flaws; you also learn that systems are constructed, which means that you can have a hand in changing it. The fellowship teaches you that you can change it,” said Fumi Mitsuishi, MD, MS, who was in the first class of the UCSF fellowship in 2011.

She is now the director of Citywide Case Management, a division of UCSF’s Department of Psychiatry that contracts with the San Francisco Department of Public Health and other agencies to provide outpatient care for some 1,200 people with serious mental illness in the city.

Many of the UCSF program fellows say they were attracted to psychiatry because it’s one of the few fields of medicine that still allows clinicians to really get to know their patients. They chose public psychiatry because they want to help the underserved and want to make impactful, structural change.

Public psychiatry means meeting people where they are, literally and figuratively. No doubt, the work is not easy.

“It is hard on my heart,” said Bird. “It’s hard to go home to my warm house knowing so many of the patients I care about are out on the street when it’s cold and rainy and they don’t have anyone.”

She and many of the public psychiatry fellows say they are driven to do this challenging work by the belief that health care, including mental health care, is everybody’s right.

“Everyone has somebody they love or care about who suffers from mental illness,” Mangurian said. “And since at UCSF we’re focused on health equity, the question then becomes how can we build a system that delivers high-quality mental health care to not just those who we know, but everyone, especially those who are the most vulnerable.”

When Christina Mangurian, MD, MAS, was looking at jobs on the West Coast in 2009, she wrote to the chair of the UCSF Psychiatry Division and said, “You know, we really should have a public psychiatry fellowship.” Coincidentally, James Dilley, MD, chief of psychiatry at ZSFG at the time, had been thinking the same thing. He recruited Mangurian and they now co-direct the fellowship.

That was the beginning of the first and largest public psychiatry fellowship program west of the Mississippi. The fellowship is made possible with financial support from the San Francisco Department of Public Health.

Mangurian, a graduate of UCSF medical school, attended the public psychiatry fellowship at Columbia University, which was the first such program in the nation.

She modeled the UCSF program, which launched in 2011, after the one she attended at Columbia, and added a research component. Fellows are fourth-year psychiatry residents or those who’ve completed their residency.

The fellowship has grown over the years, and now partners with San Francisco, Alameda and San Mateo counties as well as other nonprofits for funding and to place fellows into clinical settings four days a week.