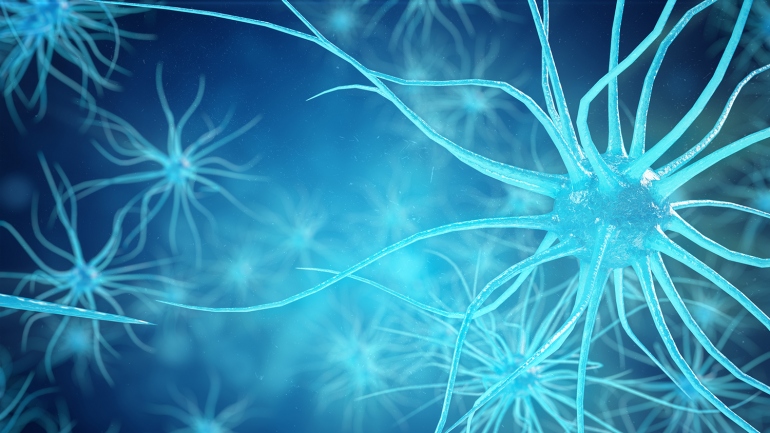 The human brain is made up of about 170 billion cells, each evolved to perform specific tasks, which raises a key question: What makes these cells different from one another?

Most biologists are trying to answer this fundamental query by isolating cells one by one and taking their molecular fingerprints. By sequencing the RNA in each individual cell, scientists can determine which genes were “on” in a given tissue. But the techniques used to wrench cells from chunks of tissue are difficult to apply to the delicate, spindly neurons of the human brain – and have statistical limitations, besides.

Now, UC San Francisco researchers have shown that it’s possible to study cellular identity by pulverizing brain tissue samples, extracting their RNA in bulk and looking for signature patterns of gene activity. The new study, featured on the cover of the September 2018 issue of Nature Neuroscience, analyzed data from billions of cells, pooled from over 7200 neurotypical tissue samples collected from 840 human donors over the past decade.

"Studies that analyze tens of thousands of individual cells are impressive, but just can’t hold a candle to the billions of cells that are present in intact tissue specimens,” said Michael Oldham, UCSF assistant professor of neurological surgery and senior author of the study. “People have underestimated the information content of omics data sets generated from bulk tissue – with this approach, we can hoover up all kinds of existing data to address a huge range of biological questions.”

Bulk tissue samples contain a variety of cell types, by nature. The researchers hypothesized that, if each cell type has a characteristic pattern of gene expression, these signatures would crop up consistently across many tissue samples. In other words, the particular assortment of cells in a given tissue should drive overall gene expression in a predictable way.

Using published data sets and established markers of cellular identity, the scientists spotted the tell-tale fingerprints of major cell classes – namely, neurons, oligodendrocytes, astrocytes and microglia – across thousands of transcriptomes. The researchers have made their work available as an online resource. The site allows scientists to easily identify which genes are characteristically expressed by different cell classes in the brain and where those cells are commonly found.

This new technique could help scientists predict which cells and brain regions are the prime targets of a particular disease. The researchers have already used the technique to model the expression of genes known to increase the risk of Alzheimer’s disease.

They found that two genes associated with early-onset Alzheimer’s – called APP and PSEN1 – are predominantly expressed by neurons and oligodendrocytes, respectively. In comparison, two genes associated with late-onset Alzheimer’s – APOE and TREM2 – are predominantly expressed by astrocytes and microglia. These findings hint that key transcriptional changes in specific cell types might underlie the different manifestations of the disease.

This type of analysis can be deployed in tissues beyond the human brain to profile cells in any biological system, in any animal species, in both healthy and disease states. Besides analyzing gene expression, the approach can be adapted to reveal which proteins, lipids, or epigenetic markers best represent specific kinds of cells.

At its core, the new technique can help scientists understand why different cell types function the way they do – and without the painstaking task of picking tissues apart, cell by cell.