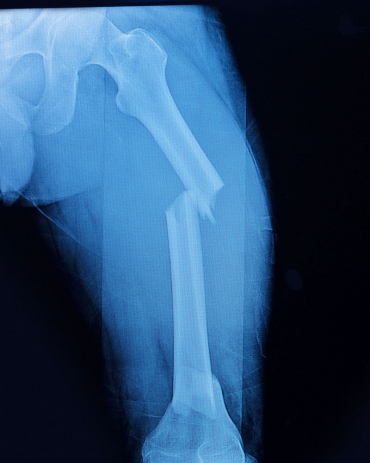 Besides impairing cardiovascular and kidney function, Type 2 diabetes is known to be a risk factor for bone fractures – but exactly how diabetes makes bones more fragile has been unclear.

New research in animal models by a team of scientists at UC San Francisco, UC Davis, and UC Berkeley suggests that the disease compromises the collagen within bones, making the bones less flexible and more likely to break.

Their study appeared online Jan. 17, 2018, in the Journal of Bone and Mineral Research.

“The management of fracture risk is an important goal for the elderly,” said senior author Aaron Fields, PhD, assistant professor of orthopaedic surgery at UCSF. “Adults with Type 2 diabetes have a higher fracture risk for a given bone density, which is otherwise the main clinical predictor of fracture risk. This is a widespread and growing issue now that these individuals are living longer with better insulin management.”

Fields and colleagues looked at factors outside of bone density that could explain bone fragility in diabetes.

In healthy bones, networks of collagen fibers stretch and slide in response to strain, which helps the bones resist cracking. But hyperglycemia in diabetes leads to the accumulation of so-called advanced glycation end products, which bind collagen fibers to each other and impair their stretching and sliding, according to the new findings.

The researchers examined bones from the lower back and forearm of lean, obese and diabetic obese rat models. They imaged the bones with high-resolution CT scans, tested their biomechanical properties, and measured the collagen networks’ response to strain using small-angle X-ray scattering at the Lawrence Berkeley National Laboratory Advanced Light Source. They then simulated the contribution of these various factors to bone strength using supercomputers at the Texas Advanced Computing Center at the University of Texas.

Both the obese rats and the diabetic obese rats had overall weaker bones for a given bone mineral content. In obese rats, the reduced strength was attributable to structural deficits, such as changes to the microarchitecture of the bones and inefficient distribution of bone mass.

In the diabetic obese rats, however, these structural deficits were compounded by material deficits – changes to the collagen networks – that were previously not well documented.

By comparing the obese rats with the diabetic obese rats, the researchers could isolate the effect of hyperglycemia on bone fragility. In the forearm bones, for example, the collagen changes were responsible for significant reductions in the elastic, yield and ultimate tensile properties of the bone tissue.

The researchers note that they did not study animals with an advanced duration and severity of diabetes, which may limit generalizability, but they expect that long-term diabetes would only further impair bone strength.

“Our findings shed light on why bones in a diabetic milieu are so fragile,” said Fields. “And in doing so, may lead to better diagnostic tools and therapies for managing fracture risk in adults with diabetes.”