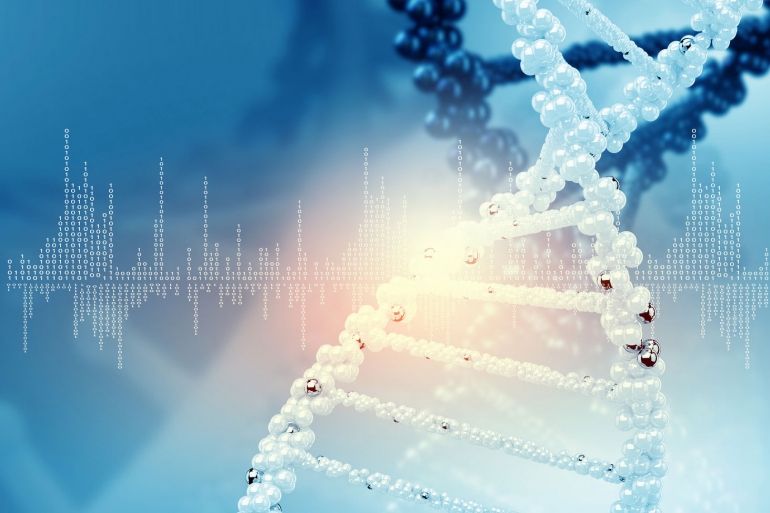 UC San Francisco physician-scientists have developed a test that can predict how patients with juvenile myelomonocytic leukemia (JMML) will respond to treatment, and may also be able to identify patients who are likely to recover spontaneously with little to no treatment. The researchers are currently optimizing the test for more routine clinical use in the United States.

JMML is an aggressive leukemia that strikes approximately 50 children in the United States each year, typically under the age of four. The only known treatment is bone marrow transplant, an intensive therapy with serious long-term side effects. Unfortunately, transplants are only effective in half of all patients, with the other 50 percent relapsing within a few years. On the other hand, in rare cases, children with JMML have been known to spontaneously go into remission, but until now, no one had been able to predict at diagnosis which patients will have these radically divergent outcomes.

In a new study, published December 19, 2017 in Nature Communications, UCSF oncologists have discovered that epigenetic annotations of the genome — chemical “tags” that affect whether, how, and when particular genes are expressed — can predict how children with JMML will respond to treatment. Using these tags as biomarkers could for the first time allow oncologists to make more informed treatment plans for these children. However, the study also emphasizes that many patients are unlikely to ever benefit from currently available treatments, and highlights a pressing need to develop new targeted therapies.

“This data provides important information that will help clinicians decide how intensively and swiftly to treat their patients,” said senior author Mignon Loh, MD, a UCSF Benioff Chair of Children’s Health and the Deborah and Arthur Ablin Endowed Chair in Pediatric Molecular Oncology. Loh, who is a member of the Helen Diller Family Comprehensive Cancer Center at UCSF, directs the UCSF JMML clinic at UCSF Benioff Children’s Hospital San Francisco.

Loh emphasized the collaborative nature of the work, which was conducted in partnership with JMML researchers in Germany, who shared a subset of their own data as a validation dataset for the UCSF team, and who are publishing their own findings in the same issue of Nature Communications.

“Working with our German colleagues to use their data to validate our findings in a blinded fashion added an independent level of rigor to our results, and really strengthens the findings,” Loh said.

Previous studies by the UCSF team had shown that the number of mutations in a handful of key genes could help predict long-term outcomes for JMML patients, but in many patients, mutations alone did not seem able to explain why patients were having such different responses to treatment.

“We would see two different 2-year-olds with the exact same mutation, but one patient would relapse shortly after transplant, while the other would be cured, " said Elliot Stieglitz, MD, an assistant professor of pediatric hematology/oncology at UCSF and member of the Helen Diller Family Comprehensive Cancer Center who trained in Loh’s lab during his fellowship and is one of three co–first authors on the new study.

Lacking a genetic explanation for these variable patient outcomes, the researchers turned to epigenetics — patterns of chemical annotations that cells use to adjust how and when genes are turned on and off. The researchers focused on one type of epigenetic tag — DNA methylation — which is known to be involved in controlling stem cell maturation in children and adults, and therefore seemed a likely candidate to impact outcomes in leukemia.

“For us this was surprising," Stieglitz said. “We are not yet able to say why DNA methylation is different amongst these patients, but for it to be so predictive of outcomes, even more than genetic mutations, was a big surprise."

The results also suggested a biomarker for the rare cases of JMML patients who have spontaneously gone into remission. Why some children might spontaneously recover from this otherwise deadly disease had always been a mystery, but when Stieglitz and Loh’s team examined these patients’ methylation levels using their new test, they found that 14 of the 15 known cases of spontaneous recovery mapped closely onto the low-methylation group (and closest to healthy control subjects).

These findings suggest an urgent need for further study to design and validate the new methylation test for use in the clinic in order to identify children who could benefit from a watch-and-wait approach rather than rushing to perform risky bone marrow transplants, Stieglitz said. He and Loh are currently working to validate their methylation test for clinical use at UCSF and in clinics around the world.

“Because we have never been able to tell which patients might spontaneously recover, and because the disease can be so aggressive, the standard of care has been to recommend transplants for everybody,” Stieglitz said. “There are many health risks associated with bone marrow transplants, ranging from infections to long-term short stature, and even death in some cases. To be able to avoid this intensive intervention for some patients based on a methylation assay would really be cutting-edge clinical science.”

Unfortunately, Stieglitz said, there are currently few options available for JMML patients with high methylation levels, for whom the new data suggests bone marrow transplants have a poor chance of success.

The UCSF team, which has been involved in all three clinical trials conducted for patients with JMML in the past 15 years, is currently running a new trial to test a “smart” chemotherapy drug called trametinib that might help patients for whom traditional bone marrow transplants have been ineffective. The drug, which is currently used for some adults with melanoma, specifically targets cells with Ras pathway mutations, taking advantage of the fact that virtually all JMML patients have mutations in this particular family of genes.

“This is the first trial for the 50 percent of kids with JMML who relapse after bone marrow transplant,” Stieglitz said. “Our previous work revealed that nearly 100 percent of JMML patients have mutations in the Ras family of genes, so if anyone is going to respond to this drug it should be these children.”

The researchers also hope to explore experimental compounds that directly reduce DNA methylation levels, in hopes of one day developing a therapeutic approach for shifting high-risk JMML patients to a lower-methylation state, and potentially improving their chances of survival.

“Studying JMML over the past decade here at UCSF has been immensely rewarding and productive,” Loh said. “Our challenge now is to get novel therapeutics into the clinic to improve outcomes for those with the most aggressive disease and hopefully translate our methylation data into a clinically useful test that can spare a few children from receiving a bone marrow transplant.”

This work was supported by the St. Baldrick’s Foundation; the Rally Foundation for Childhood Cancer Research; the Leukemia and Lymphoma Society (6059-09, 6466-15); the National Institutes of