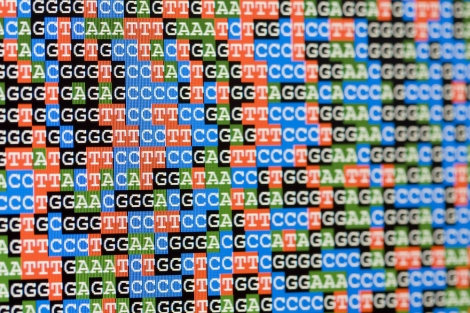 A team of UC San Francisco researchers will receive $11.7 million over four years from the National Institutes of Health (NIH) to launch a new Program in Prenatal and Pediatric Genomic Sequencing (P3EGS) at UCSF. The program is aimed at pursuing equity in the implementation of genomic precision medicine for children and families in the San Francisco Bay Area.

Genomic precision medicine is a broad effort to connect the vast amounts of genetic sequencing data that have been collected in the past decades with information about human population health in order to understand why individuals respond differently to sickness and medical treatment, and to apply this knowledge toward developing more precise diagnostics and therapies targeted to the needs of particular patients and groups.

To advance equity in precision medicine within the Bay Area, the P3EGS team will recruit 1,100 families with children with potential prenatal or pediatric genetic disorders drawn from a diverse set of backgrounds, including medically underserved communities. P3EGS will not only provide state-of-the-art genomic assessments to these families, but also provide genetic counseling, develop software to aid in displaying and communicating genetic data in community clinics, and study the long-term benefits of providing genetic sequencing for these families and children as well as identify the barriers they face in accessing care.

The effort leverages the outstanding clinical, genomics, informatics, bioethics, health economics, and medical anthropology expertise that together form a robust genomics infrastructure at UCSF. The P3EGS team will be helmed by four leading members of the Institute for Human Genetics (IHG) at UCSF:

Neil Risch, PhD, the director of the UCSF Institute for Human Genetics, notes that P3EGS will be among the first users of the newly approved UCSF Whole Exome Sequencing service hosted by the Genomic Medicine Initiative, which he co-directs with Kwok.

Funding for the P3EGS program is part of $18.9 million being awarding by the NIH this year toward research accelerating the use of genome sequencing in clinical care at six sites across the United States, called the Clinical Sequencing Evidence-Generating Research (CSER2) Consortium. The consortium is funded by the National Human Genome Research Institute (NHGRI) and the National Cancer Institute (NCI), both part of NIH, and it builds upon an earlier Clinical Sequencing Exploratory Research (CSER) Consortium, initiated in 2010, which included an award to Koenig and colleagues to study the ethics of informing family members of participants in cancer biobank research about unanticipated genetic findings.

The CSER2 awards are designed to support the development of methods needed to integrate genome sequencing into the practice of medicine, improve the discovery and interpretation of genomic variants, and investigate the impact of genome sequencing on health care outcomes. In addition, the funds are intended to generate innovative approaches and best practices to ensure that the effectiveness of genomic medicine can be applied to all individuals and groups, including diverse and underserved populations, and in health care settings that extend beyond academic medical centers.