As a national debate about health care continues, hundreds of staff, faculty, students and supporters of UC San Francisco participated in AIDS Walk San Francisco to raise funds for research and care as well as to raise awareness of proposed legislation in Washington, D.C.

The mood at this year’s event Sunday in Golden Gate Park was upbeat and defiant, with many walkers holding signs advocating for health care protections for people with pre-existing conditions. At the UCSF booth at the event’s start, volunteers encouraged participants to write postcards to legislators urging them to reject the proposed health care bill that could eliminate protections for pre-existing conditions such as HIV/AIDS.

Throughout the 10-kilometer route on the sunny morning, walkers young and old were buoyed by live musical performances that included a marching band, DJs and belly dancers.

The event raises funds for HIV programs and services throughout the Bay Area. This year’s event will benefit Project Open Hand, Positive Resource Center and the Golden Compass Program at Ward 86 at Zuckerberg San Francisco General to continue to support the cutting-edge clinic with a continuum of services for long-term survivors of HIV.

The Golden Compass Program, launched this January, provides multidisciplinary medical care and psychosocial support for people over 50 living with HIV. It is part of Ward 86 at ZSFG, the world’s first dedicated HIV clinic when it opened in 1983 and still one of the top-rated medical care facilities for HIV in the world.

“We’re trying to holistically manage all the health care conditions that may come around for people who are older and living with HIV, absolutely made possible by AIDS Walk San Francisco. We’re really, really honored,” said Monica Gandhi, MD, MPH, medical director of Ward 86, at the opening ceremony.

Since its inception in 1987, AIDS Walk San Francisco has raised more than $88 million for HIV programs and services in the region.

UCSF has consistently been among the top-fundraising teams. This year, UCSF participants have raised more than $100,000.

Overall, AIDS Walk San Francisco has raised more than $1.5 million as of July 16, according to organizers, and will continue to collect donations through Aug. 11.

“We’re here to build Ward 86 and Golden Compass into the best HIV care unit in the world, and as we’re doing this, elected leaders in Washington are laboring to make fewer people be able to access Ward 86, to access the kind of health care that they need ... and that all of us deserve when we need it,” said Craig Miller, the founder of AIDS Walk San Francisco, at the opening ceremony.

“And we’re here to say, that is not right. We’re standing tall, we remain committed to affordable health care for all in this country. It is within out power and it is something we’ve got to do.” 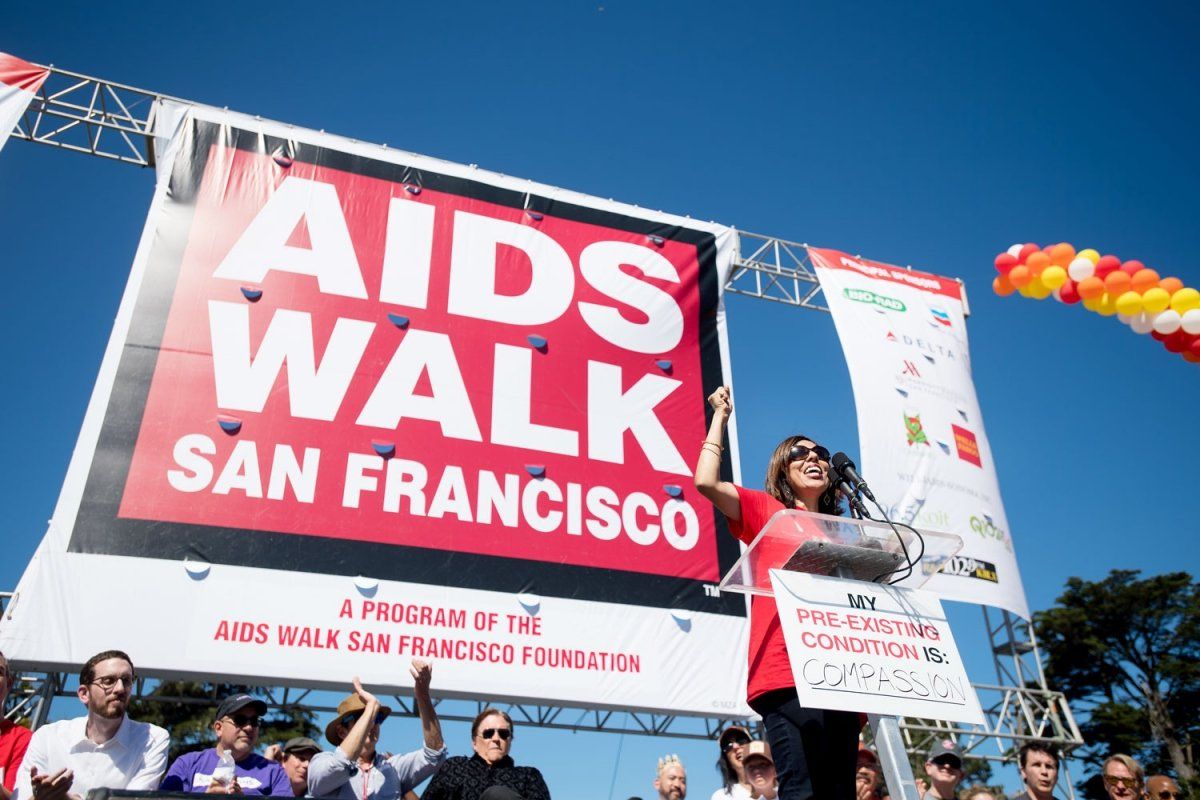 Monica Gandhi, MD, MPH, medical director of Zuckerberg San Francisco General Hospital's HIV Clinic, known as Ward 86, speaks during the opening ceremony for the 2017 AIDS Walk San Francisco. Ward 86 is one of the beneficiaries of this year's proceeds. Photo by Noah Berger 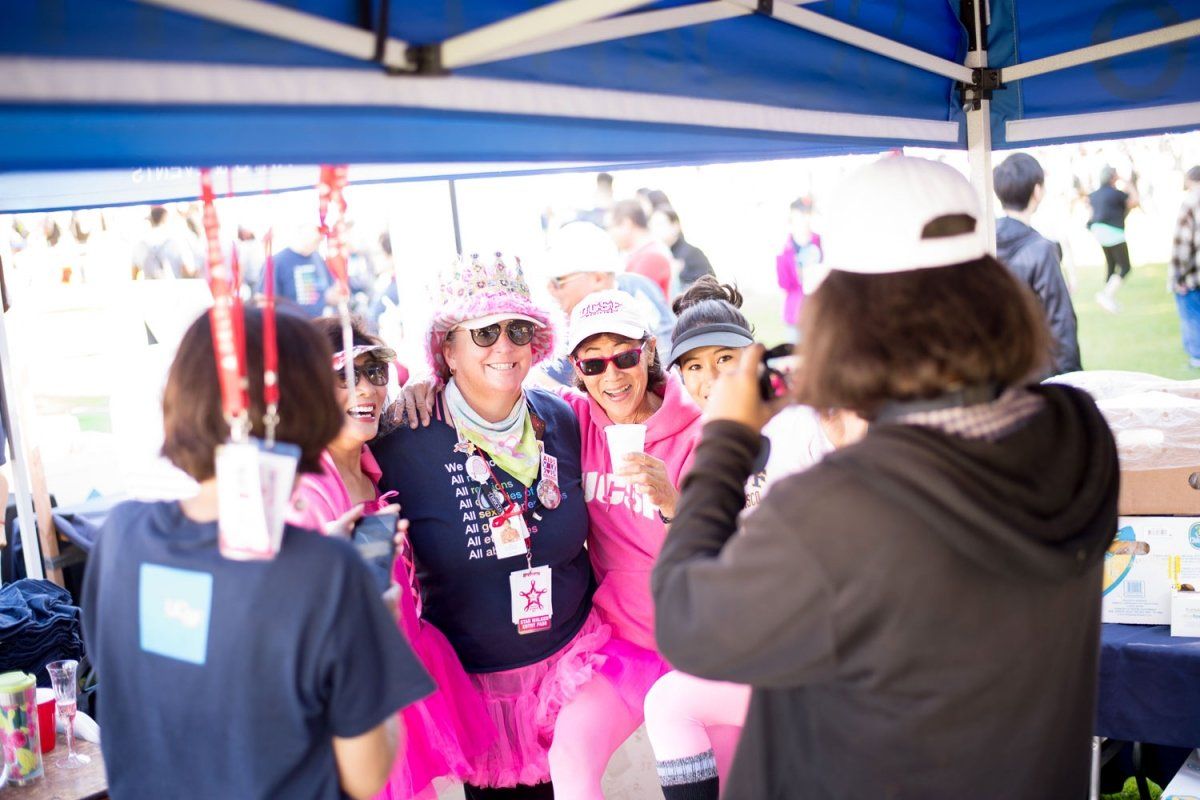 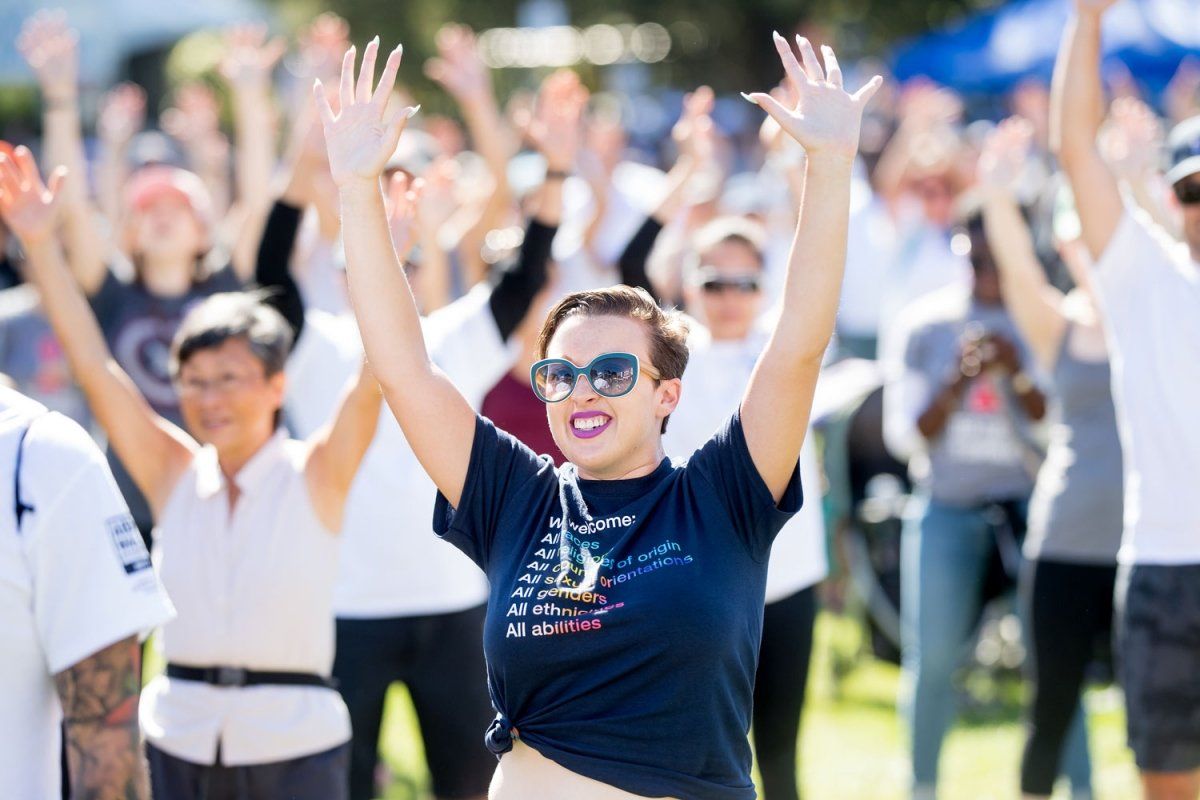 Caroline Watson, social justice and communications coordinator for UCSF's HIVE program, participates in the dance warmup before the start of AIDS Walk San Francisco on July 16. Photo by Noah Berger 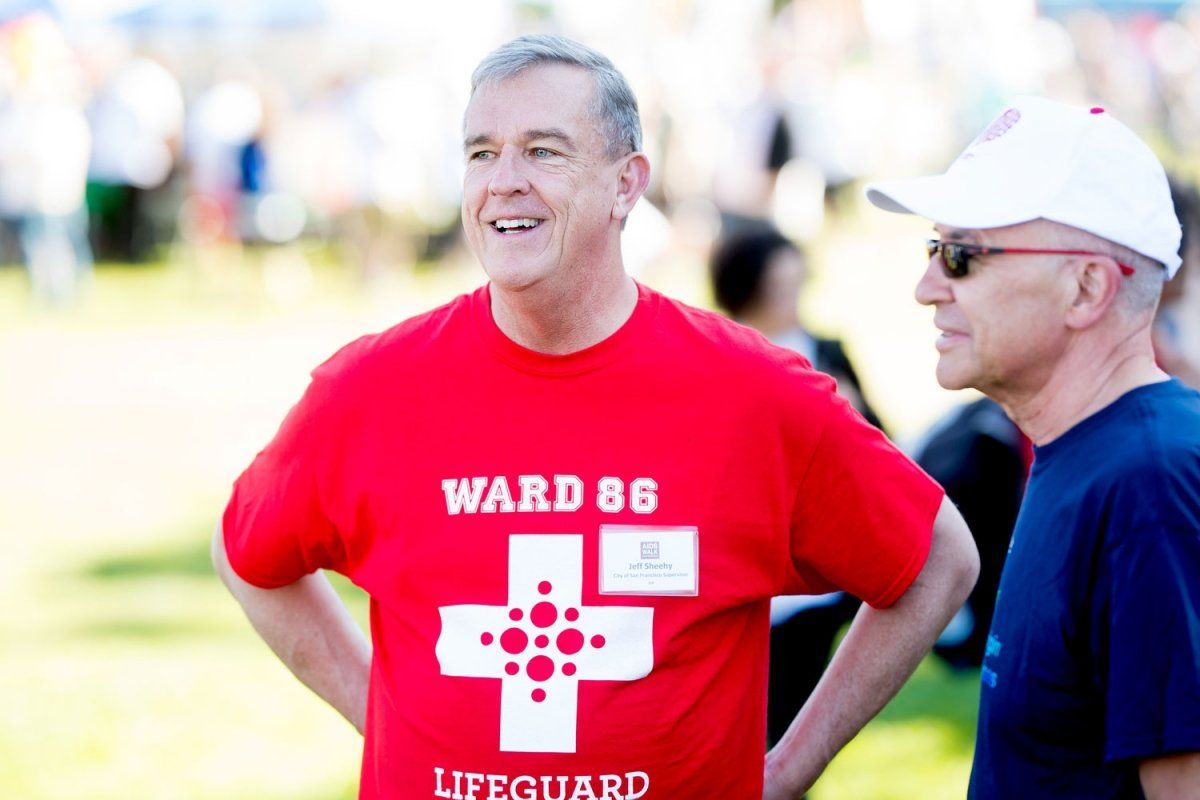 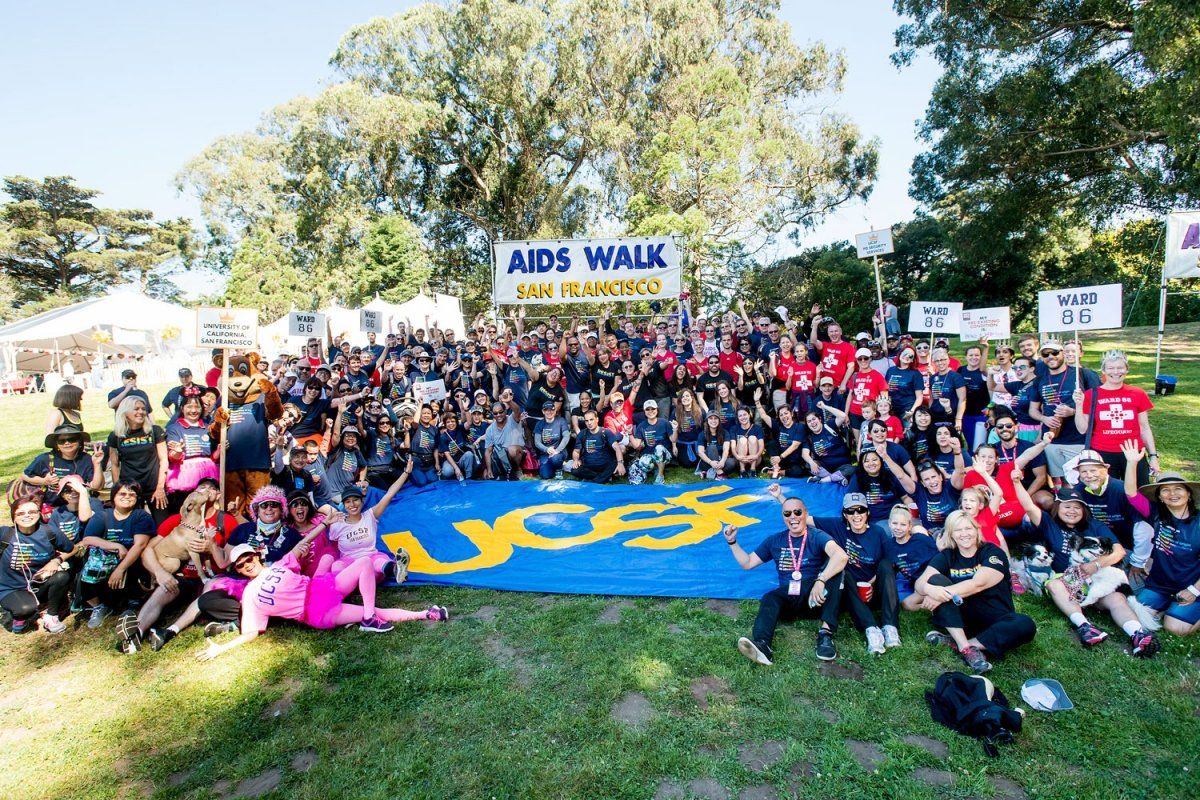 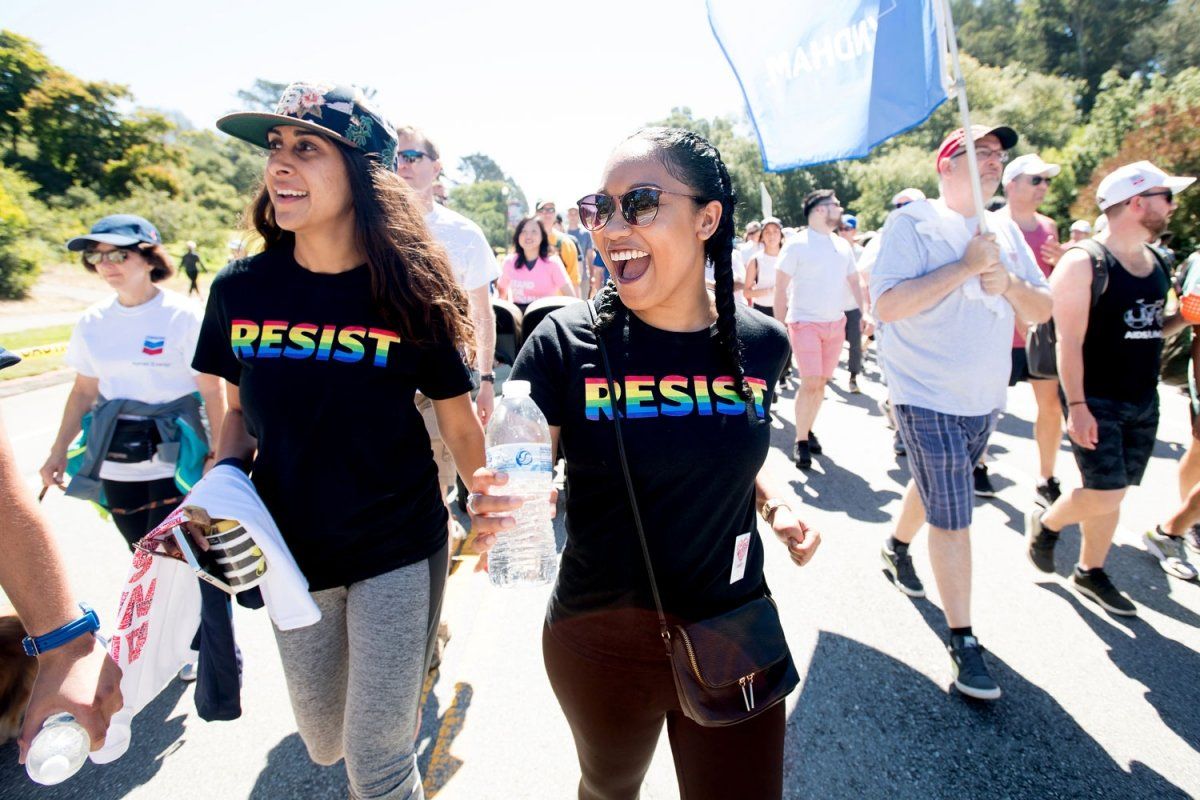 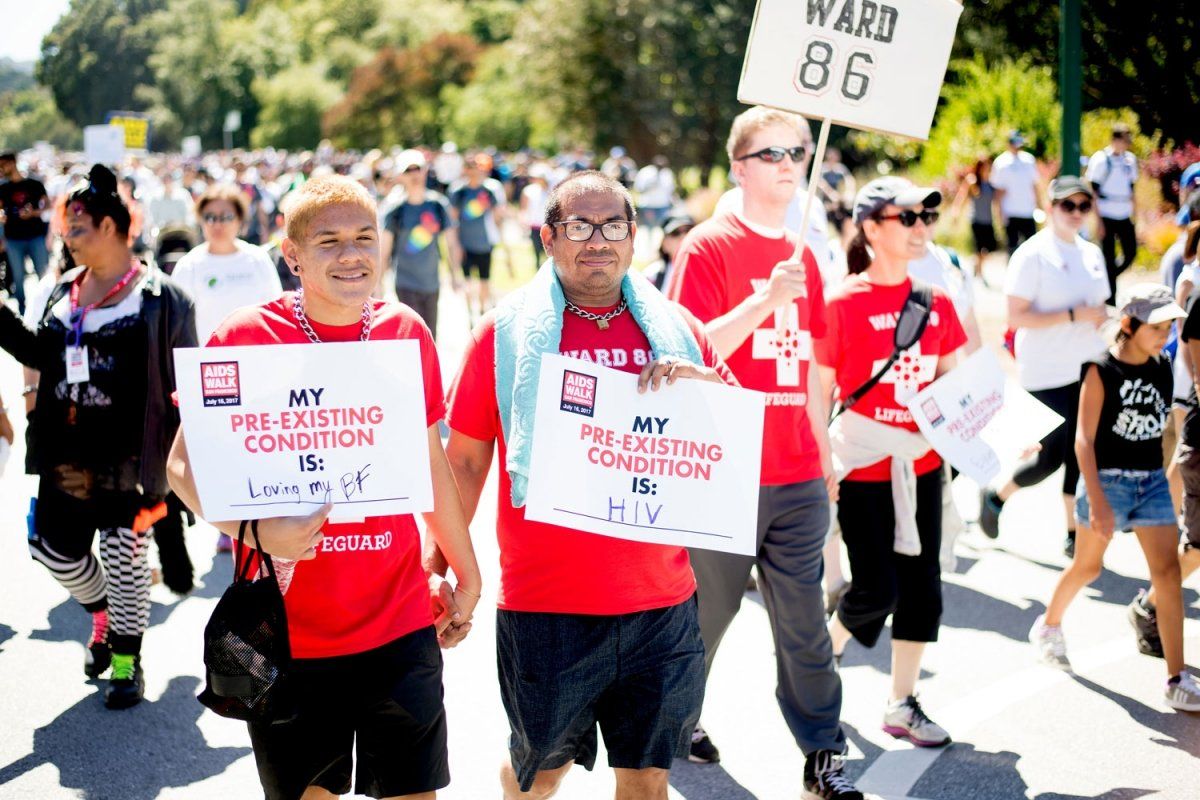