Norman Tanner was searching for something but he didn’t know what. In Southern California, most weren’t like him – a young, black, gay man. A friend told him to head north, where he’d find an open community. So, in 1976, Tanner – then 19 – headed to San Francisco.

Though he found a friendly group, Tanner still had trouble connecting. Most gay men didn’t disclose their sexuality, so – like many of them – Tanner used drugs to bond. At first, it worked. For years, Norman enjoyed an active social life.

Then, in 1990, the good times ended. After a routine blood test, Tanner learned he had HIV. At the time, HIV/AIDS was still a mystery and most with the diagnosis expected death. AIDS mortality would reach its peak in San Francisco in 1992 with roughly 1,800 deaths annually. Thinking he had little to live for, Tanner increasingly relied on drugs.

It was at Ward 86 that Tanner found compassion then. “The nurses treated me like a human being,” Tanner said. “They gave me hope.”

Ward 86 also is where he continues to receive care as part of Golden Compass, a new program to meet the health needs of the increasing population of HIV patients who are growing older.

A Shift in AIDS Treatment

“In the early days of the AIDS epidemic, patients – mostly men in their 20s and 30s – were often told they should plan for an early death,” says Monica Gandhi, MD, MPH, medical director of Ward 86. “HIV care was mostly palliative – making patients as comfortable as possible.”

In the 1990s, Tanner enrolled in addiction treatment and co-founded a support group. He read everything he could about HIV/AIDS, convincing him that better treatments were coming.

Tanner’s hunch was right. In 1996, more effective antiretroviral therapies (ART) were introduced, enabling people to live with HIV as a chronic disease. Since then, Tanner has been sober and on ART.

Though ART is effective in prolonging the lives of HIV patients, their aging process may be accelerated. Diseases that typically affect HIV-negative people in their 60s and 70s are increasingly affecting people with HIV in their 50s. For instance, HIV patients experience increased risk of heart disease, osteoporosis and memory problems, which may result from the disease itself, older medications or other factors like smoking.

Tanner is just one of 1.2 million people in the United States living with HIV. Of those, half of the adults are now age 50 or older. The rate is even higher in San Francisco – close to 60 percent.

To meet the health needs of this growing population, Ward 86 launched the new Golden Compass medical program in January. AIDS Walk San Francisco is sponsoring the program with a $100,000 donation, and recently committed another $75,000.

“People with HIV age faster and need specialized care,” says Gandhi. “Golden Compass is the first program in the country that offers the comprehensive care that older adults with HIV need.”

A Long History of Innovations

Since it opened in 1983, Ward 86 has a history of introducing innovations in HIV/AIDS care. San Francisco is now on track to become the first city to “Get to Zero” in terms of new HIV infections. As providers and activists throughout the city work toward this goal, Golden Compass will focus on improving care. 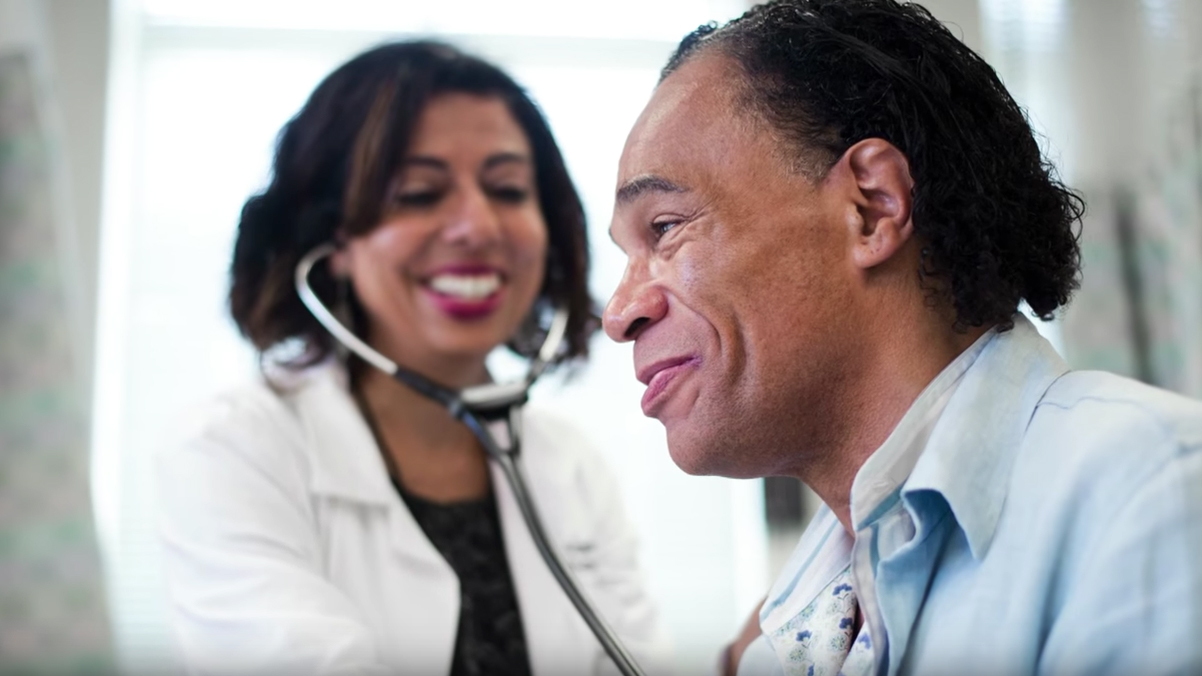 Golden Compass will provide multidisciplinary medical care, including cardiovascular, cognitive, strength and social support – among others – for patients with HIV over age 50.

“The name came from our patients,” says Meredith Greene, MD, associate medical director of Golden Compass and a geriatrician with HIV expertise. “They’re moving into their golden years but unsure how to navigate services. They need a guide.”

Once lost, Tanner regularly returns to the familiar HIV clinic where he is known as “Mr. Ward 86.” He is using Golden Compass for cardiovascular care and emotional support in addition to HIV treatment.

“I hope to age gracefully,” said Tanner. “Now I know the way.”