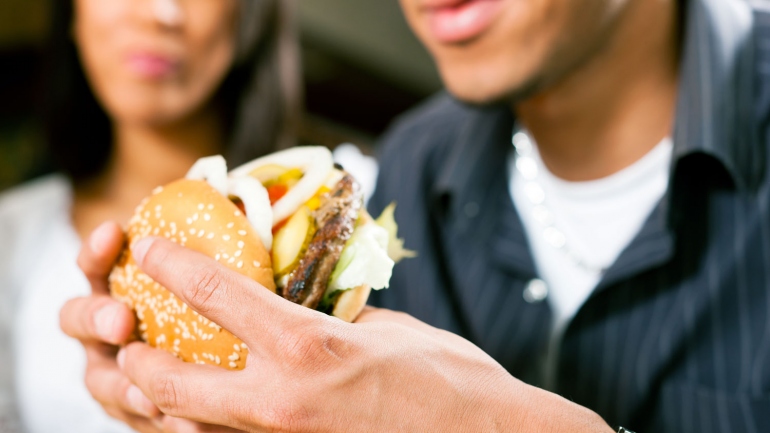 Immune cells in the brain trigger overeating and weight gain in response to diets rich in fat, according to a new study in mice led by researchers from UC San Francisco and the University of Washington Medical Center, and published online on July 5 in Cell Metabolism.

Neurons within a region at the base of the brain known as the hypothalamus, which plays a crucial role in eating, have long been a target for the development of drugs to treat obesity. But the new study suggests that brain-resident immune cells called microglia could also be targets for obesity treatments that might avoid many side effects of the obesity drugs currently in clinical use.

“Microglia are not neurons, but they account for 10 to 15 percent of the cells in the brain,” said Suneil Koliwad, MD, PhD, assistant professor of medicine at the UCSF Diabetes Center, and a co-senior author of the new study. “They represent an untapped and completely novel way to target the brain in order to potentially mitigate obesity and its health consequences.”

A brain region called the mediobasal hypothalamus (MBH) contains key groups of neurons that regulate food intake and energy expenditure. Normally this region attempts to match the number of calories ingested in food with our need for energy to maintain a healthy weight, but previous research has shown that dietary fats can drastically throw off this balancing act.

In the new study, the researchers fed mice a fast food-like diet rich in fat for four weeks, which is known to cause microglia to expand in number and to trigger local inflammation within the MBH. Mice fed such a diet also eat more food, burn fewer calories, and gain more weight compared to mice eating a more healthy, low-fat diet.

To learn whether the multiplying microglia are a cause of overeating and obesity in these mice, rather than a result of their weight gain, Koliwad’s team at UCSF depleted the number of microglia in the MBH of mice on the fatty diet by giving them an experimental drug, called PLX5622, which is made by Plexxikon Inc., a Berkeley, Calif.–based biotech company. The researchers found that mice treated with the drug ate 15 percent less and gained 20 percent less weight than untreated mice on the same diet. (It should be noted that mice treated with PLX5622 gained significantly less weight than untreated mice fed the same high-fat diet, but still gained significantly more than mice fed typical lab chow. The drug treatment did not significantly affect weight gain in mice on a normal lab chow diet.)

The University of Washington team, led by Joshua Thaler, MD, PhD, associate professor of medicine with the UW Medicine Diabetes Institute, genetically engineered mice to prevent microglia from activating inflammatory responses, and found that these mice ate 15 percent less and gained 40 percent less weight on a high fat diet, suggesting that the inflammatory capacity of microglia itself is responsible for the animals’ overeating and weight gain.

To confirm this finding, the UCSF researchers developed a strain of genetically engineered mice in which they could use a drug to activate the inflammatory response of microglia at will. They found that even in mice fed a healthy, low-fat diet, forcing microglia-induced inflammation in the hypothalamus caused mice to eat 33 percent more food and expend 12 percent less energy, leading to a four-fold (400 percent) increase in weight gain compared to untreated mice on the same healthy diet.

“From these experiments we can confidently say that the inflammatory activation of microglia is not only necessary for high-fat diets to induce obesity, but also sufficient on its own to drive the hypothalamus to alter its regulation of energy balance, leading to excess weight gain,” said Thaler, who was a co-senior author on the new paper.

It may soon be possible to learn whether eliminating microglia can thwart weight gain in humans as well. For example, another drug made by Plexxikon, called PLX3977, which is currently in clinical trials for hard-to-treat leukemias, solid tumors, and rare forms of arthritis, acts by the same biological mechanism as PLX522, the experimental drug the UCSF team used to reduce microglia numbers in the new study. It may thus be possible to see whether cancer patients in the PLX3977 trials experience beneficial effects on body weight, Koliwad said.

In their new paper, the researchers also report that high-fat diets trigger microglia to actively recruit additional immune-system cells from the bloodstream to infiltrate the MBH. Once there, the new recruits shape-shift to take on features similar to those of the brain’s own microglia, augmenting the inflammatory response and its impact on energy balance. Therefore, the authors said, it may be possible to control overeating and weight gain through multiple immunologic approaches – targeting bona fide microglia as well as targeting cells in the blood with the capacity to enter the hypothalamus and take on microglia-like functions.

The researchers next plan to further investigate how, exactly, consumption of high-fat foods leads to the activation of microglia, and whether there are ways to intervene to block these signals.

Human brain imaging studies in recent years have found that, compared to lean individuals, those who are obese are more likely to have expanded populations of glial cells – the broader class of brain cells to which microglia belong – in the hypothalamus. This same sort of phenomenon, called gliosis, is commonly seen in neurodegenerative diseases, brain trauma, bleeding, infection and brain cancer, Koliwad said, leading researchers to initially conclude that dietary excess might essentially cause a form of brain injury.

But Koliwad believes that there could be a more positive explanation for the fact that microglia have evolved the ability to rapidly trigger increased appetite and weight gain in response to a high-fat diet: rich food was only rarely available during mammalian evolutionary history, and when it was available, it would be advantageous for animals to stop hunting or foraging and focus on chowing down.

“Microglial responsiveness to dietary fats makes some sense from this evolutionary perspective,” Koliwad said. “Fats are the densest form of calories that ancient humans might ever had the opportunity to consume. So, when primitive humans finally obtained a meal after a long period of fasting, microglia may have been essential in relaying the presence of this meal to those neurons that would stimulate maximal appetite.”

But in modern environments, in which high-fat food is continually available, this same adaptation can be damaging, Koliwad said. “In our modern world, when people constantly overeat rich, high-fat foods, chronic microglial activation could produce a more permanent stimulation of neural circuits that further increase high-fat food intake, leading to the development of a vicious cycle.”

Postdoctoral fellows Martin Valdearcos, PhD, of UCSF, and John D. Douglass, PhD, of the University of Washington, conducted the majority of experiments for the study, which was funded by the American Diabetes Association, the National Institutes of Health and the UCSF Diabetes Family Fund.

About UW Medicine: UW Medicine is one of the world’s top-rated academic medical systems. With a mission to improve the health of the public, UW Medicine educates the next generation of physicians and scientists, leads one of the largest, most comprehensive biomedical research programs nationally and internationally, and provides outstanding care to patients. The University of Washington School of Medicine faculty is second in the nation in National Institute of Health research funding. The School is also known as a leader in physician training in primary care, family medicine, and rural health.