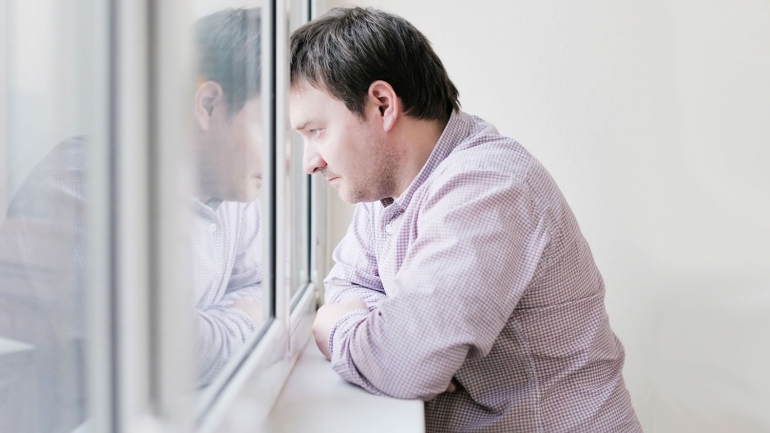 These experiences – manifestations of post-traumatic stress disorder (PTSD) – are part of life for up to 1 in 3 U.S. combat veterans and active military personnel. That’s more than triple the prevalence of PTSD in the population at large. About two-thirds of those with PTSD struggle with alcohol abuse.

A new trial may hold hope for these military personnel through treatment with oxytocin, sometimes referred to as the “love hormone.”

A Shift in Thinking

It’s no surprise that the threat or actuality of battle takes a psychological toll. What is surprising, are changes that Jennifer Mitchell, PhD, the director of the UCSF Institute for Translational Neuroscience, has found in the U.S. military’s attitude toward the condition, and its willingness to experiment in order to help troubled soldiers.

“It used to be that when an officer was experiencing this kind of thing, they were simply excused from the military,” said Mitchell, whose work focuses on PTSD and substance abuse. “Now they’re coming to accept that this is happening to many career personnel, and the military wants to keep these active duty people going. It’s an entirely new development philosophically.”

That shift is allowing Mitchell to test the potential of oxytocin, a hormone released during sex, childbirth and lactation as a treatment for PTSD and substance abuse among active military personnel. Oxytocin, present in both women and men, plays a role in social behavior, trust, empathy, and managing stress and anxiety. Its qualities have drawn researchers to the hormone, which is showing promise as a treatment for autism and schizophrenia.

“It helps with several conditions because they all involve similar stress responses,” said Mitchell, who has published findings about oxytocin for substance abuse. “Our thinking is that oxytocin can also help mitigate the stress response induced by trauma, and therefore keep particular behaviors at bay.”

When she proposed giving oxytocin, which has been variously dubbed the “love hormone,” the “moral molecule,” and the “cuddle chemical,” to active duty personnel, “there was some concern about whether it would affect their ability to perform,” said Mitchell. “The answer is no. But the question arises because oxytocin is kind of misunderstood.”

The hormone does make people feel bonded to others, she said, but the effects are more complex.

“It defines how we draw our circles of ‘us’ and ‘them,’” said Mitchell, noting that for military officers who’ve been through trauma, the circle of “us” can become very small – a factor that contributes to their stress.

Mitchell’s hope is that oxytocin will allow military personnel dealing with PTSD to broaden their “us” circles. If she’s right, the hormone could temper their stress responses, and allow them to better control their PTSD symptoms and alcohol abuse that arises from them.

Mitchell is beginning a clinical trial to test her ideas at a mental health facility at Fort Gordon in Augusta, Ga. She’ll work with about 65 volunteers, initially giving patients single doses of oxytocin and then subjecting them to a stress test.

If oxytocin ameliorates the stress response, Mitchell said, the implications go way beyond the military. “The amount of money spent managing the fallout of PTSD and substance abuse in our whole society is enormous,” she said. “We’re hoping we can address that by bringing an overlooked, cheap, accessible drug into use for the public.”