UC San Francisco was the top public recipient of biomedical research grants from the National Institutes of Health (NIH) for the 10th consecutive year in 2016, and the second-highest recipient among all public and private institutions nationwide, according to annual figures from the NIH.

UCSF’s four schools – the schools of dentistry, medicine, nursing and pharmacy – all ranked first in their fields in federal funding for biomedical research and graduate-level training for the fourth consecutive year.

Overall, UCSF researchers in the four schools and in UCSF’s Graduate Division were awarded $577.6 million in NIH grants and contracts, a 3 percent increase over 2015, consistent with UCSF’s average annual increase over the past five years.

These highly competitive funds enable UCSF scientists to advance understanding of the basic biological causes of cancer, cardiovascular disease, diabetes and HIV, among many other conditions, with the goal of finding improved therapies for patients.

“UCSF is fortunate to have been a top recipient of NIH funds for many years, and as a public institution, it has been our privilege to honor our pact with taxpayers by conducting research that has improved the health of all Americans,” said UCSF Chancellor Sam Hawgood, MBBS.

“From fundamental UCSF research in the 1980s that laid the foundations of the modern understanding of cancer to our ongoing search for new treatments for conditions such as Alzheimer’s and Parkinson’s disease, the American public – through the NIH and other federal agencies – has been a stalwart partner in our quest to cure disease and alleviate suffering,” Hawgood said.

The $518 million in grant support for the UCSF School of Medicine’s research, graduate-student training and fellowships for postdoctoral scholars topped the list of NIH funding for medical schools for the fifth year in a row. 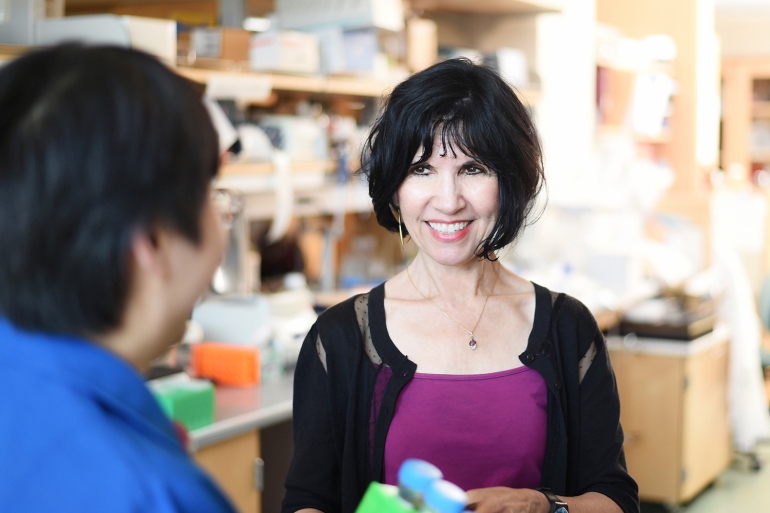 UCSF researchers are changing the way we approach health and health care. Learn about some of the top NIH-funded scientists and their work.

The UCSF schools of pharmacy, dentistry and nursing also ranked first in their fields in NIH grants for 2016: Pharmacy for the 37th consecutive year, with $28.2 million in grants; Dentistry for the 25th year, with $19.5 million; and Nursing for the 10th time in the last dozen years, with $7.85 million.

All told, UCSF received 1,205 grants totaling $575.7 million in 2016 – including $73.1 million for long-term, specialized research centers on campus – with an additional $1.9 million in NIH contracts, a term for agreements under which UCSF scientists perform specific projects for the national research institutes.

UCSF also ranked among the top five institutions nationally in NIH training grants in 2016, receiving $23.9 million in these awards, which provide crucial support for the early careers of future leaders in scientific research. NIH training grants support doctoral students, postdoctoral fellows, and other trainees in the Graduate Division’s 17 PhD programs and 16 master’s and certificate programs. Together with funding from the UCSF Discovery Fellows Program, NIH grants fully support all first and second-year doctoral students in UCSF’s basic science graduate programs.

“Almost all of our PhD students and postdocs receive support from the NIH, as members of training grant programs, as participants in faculty research projects, or as recipients of individual awards,” said Elizabeth Watkins, PhD, dean of the UCSF Graduate Division and vice chancellor of student academic affairs.

The NIH rankings reflect UCSF’s expertise in research and education across multiple health-science arenas, as well as the scope of the University’s $5.4 billion research enterprise, which generates more than $8.9 billion in economic benefit to the local economy through jobs, new companies and products, and direct health care to the San Francisco Bay Area and beyond. Federal funding contributes to this economic benefit by enabling grant recipients to purchase materials and instruments and employ laboratory staff, and by driving the development of new technologies and industries, among other factors.

“UCSF’s consistent leadership in NIH funding reflects the truly remarkable passion and creativity of our faculty, trainees, and research staff,” said Daniel H. Lowenstein, MD, UCSF executive vice chancellor and provost. “This achievement is clear proof of how much headway we are making in advancing the University’s biomedical research mission: to understand the fundamental processes – ranging from the level of molecules to whole populations – underlying human health and disease.” 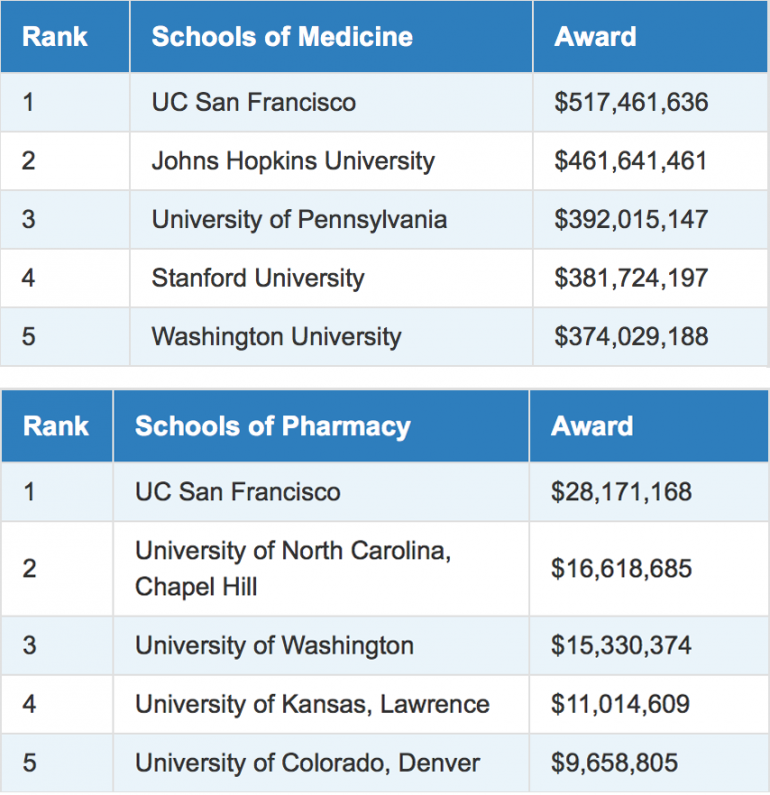 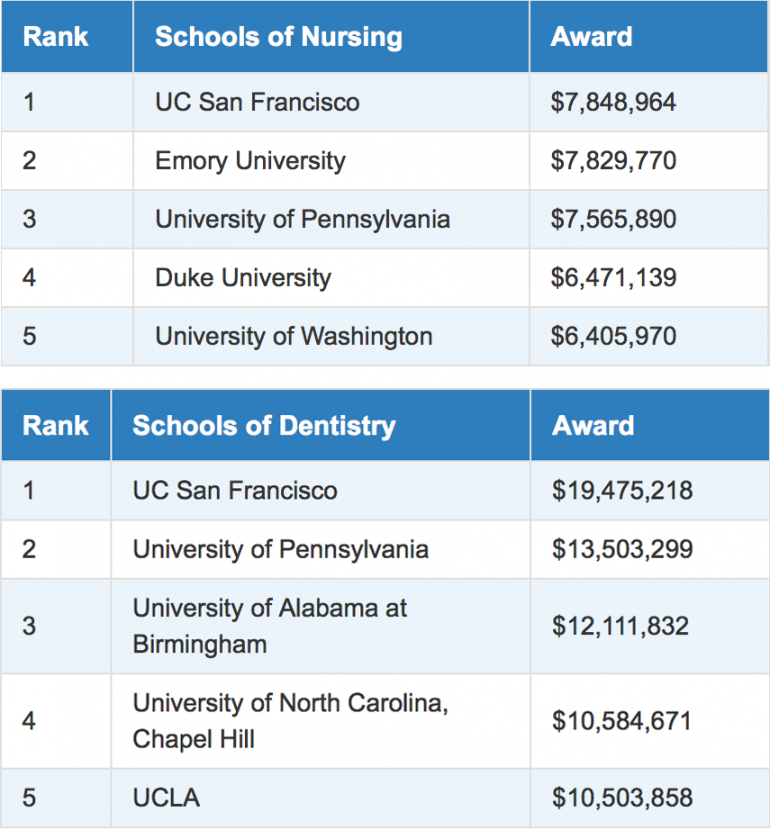