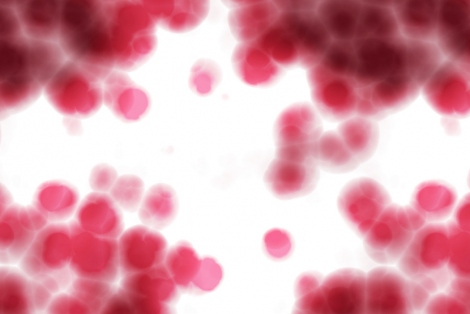 A molecular key to aging of the blood and immune system has been discovered in new research conducted at UC San Francisco, raising hope that it may be possible to find a way to slow or reverse the growing risk for aging-associated chronic inflammatory diseases, anemia, blood cancers, and life-threatening infections.

The key is a link between the health of a rare population of adult stem cells that arise early in development and are responsible for replenishing all blood cell types throughout a lifetime, and a newly identified role for autophagy, an important cellular cleanup and recycling process that was the focus of the 2016 Nobel Prize in Physiology or Medicine.

In their new study, published online March 1 in Nature, the UCSF team discovered that in addition to its normal role in cellular waste-processing, autophagy also is needed for the orderly maintenance of blood-forming hematopoietic stem cells (HSCs), the adult stem cells that give rise to red blood cells, which carry oxygen, and to platelets, which prevent bleeding, as well as the entire immune system, which fights infections and disposes of pathogens.

The researchers found that autophagy keeps HSCs in check by allowing metabolically active HSCs to return to a resting, quiescent state akin to hibernation. This is the default state of adult HSCs, allowing their maintenance for a lifetime.

According to Emmanuelle Passegué, PhD, the senior scientist for the study, “This is a previously unknown role for autophagy in stem cell biology.”

Failure to activate autophagy has profound impacts on the blood system, Passegué’s team found, leading to the unbalanced production of certain types of blood cells. Defective autophagy also diminished the ability of HSCs to regenerate the entire blood system when they were transplanted into irradiated mice, a procedure similar to bone marrow transplantation.

The researchers determined that 70 percent of HSCs from old mice were not undergoing autophagy, and these cells exhibited the dysfunctional features common among old HSCs. However, the 30 percent of old HSCs that did undergo autophagy looked and acted like HSCs from younger mice.

Passegué led the study while she was a professor of medicine with the Eli and Edythe Broad Center for Regenerative Medicine and Stem Cell Research at UCSF. In January she became an Alumni Professor in the Department of Genetics & Development and the director of the Columbia Stem Cell Initiative at Columbia University Medical Center.

Scientists have identified many different tissue-specific stem cells, all of whose performance declines with age, Passegué said. Finding out how this occurs has been an active area of research, and a focus of her laboratory group in recent years.

In a large series of experiments and analyses, many conducted by the study’s first author, Theodore Ho, a UCSF graduate student, the scientists compared characteristics of HSCs from old mice with those of HSCs from younger mice that had been genetically programmed so that they could not undergo autophagy. They found that loss of autophagy in young mice was sufficient to drive many of the defects that arise naturally in the blood of old mice, including changes in the cellular appearance of HSCs and a disruption in the normal proportions of the various types of blood cells, characteristics of old age.

Previous research had shown that autophagy causes the formation of “sacs” within cells that can engulf and enzymatically digest molecules and even major cellular structures, including mitochondria, the cell’s biochemical power plants. But in the new study, the researchers found that genetically programmed loss of autophagy resulted in the accumulation of activated mitochondria with increased oxidative metabolism that triggered chemical modifications of DNA in HSCs.

These “epigenetic” DNA modifications altered the activities of genes in a way that changed the developmental fate of HSCs. They triggered disproportionate production of certain blood cells and reduced the ability of HSCs to regenerate the entire blood system when transplanted. This result was similar to what the researchers observed in the majority of old HSCs that failed to activate autophagy.

In contrast, the minority of old HSCs that still exhibited significant levels of autophagy were able to keep their mitochondria and metabolism in check, and could re-establish a healthy blood system following transplantation, similar to HSCs from young mice.

However, in a hopeful sign for potential future therapies to rejuvenate blood stem cells, the researchers succeeded in restoring autophagy to old HSCs by treating them with pharmacological agents in a lab dish.

“This discovery might provide an interesting therapeutic angle to use in re-activating autophagy in all of the old HSCs, to slow the aging of the blood system and to improve engraftment during bone marrow or HSC transplantation,” Passegué said. “It is our hope that the end point will be a way to really improve the fitness of stem cells and to use that capability to help the elderly by preventing the development of blood cancers and providing them with better immune systems to fight infections.”

The study was funded by the National Institutes of Health, the UCSF Program for Breakthrough Biomedical Research, the Glenn Foundation, and the Leukemia & Lymphoma Society.