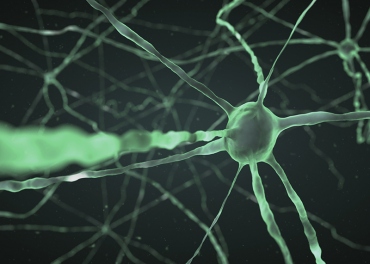 A new UC San Francisco study challenges the most influential textbook explanation of how the mammalian brain detects when the body is becoming too warm, and how it then orchestrates the myriad responses that animals, including humans, use to lower their temperature – from “automatic” physiological processes such as sweating and panting, to complex behaviors, such as moving to cooler environs. These responses are vital to health, as the metabolic processes that keep us alive have evolved to operate within a narrow temperature range.

Experiments on these questions dating back 80 years, using rats and mice, have repeatedly pointed to a tiny brain region known as the preoptic hypothalamus (POA) as the site that detects the body’s warmth. But because this compact area governs functions as diverse as sleep, mating, parental behaviors, eating, and drinking, it has been difficult to precisely pinpoint which cells and circuits are dedicated to detecting and responding to warmth.

“We know a lot about how body temperature is regulated in peripheral tissues, and a bit about the key regulatory brain regions, but the identity of the neurons that act as the master regulators of body temperature has been elusive,” said UCSF’s Zachary Knight, PhD, assistant professor of physiology and senior author on the new UCSF study, which appears in the Sept. 8, 2016 online issue of Cell.

Input from Thermal Sensors in the Skin

In the new study, the team, led by postdoctoral fellow Chan Lek Tan, PhD, used a tool called phosphoTRAP, which was developed in the Knight laboratory over the past five years, to discern which genes were most selectively expressed in the POA cells that were active when mice were placed in warm environments. They found that two genes, known as PACAP and BDNF, were specifically expressed in the neurons activated under these circumstances.

The group then used genetic tools to place fluorescent markers in POA cells expressing either PACAP or BDNF, and discovered a significant overlap in fluorescence, meaning that a distinct population of POA neurons expresses both genes at high levels.

The team suspected that these PACAP/BDNF-expressing POA neurons might be the long-sought warmth-sensing cells, so they again used genetic tools, this time to engineer this cell population so that their activity could be monitored with fiber optics. When the mice were placed in custom-built chambers that allow for rapid temperature changes, the fiber-optic recordings showed that PACAP/BDNF cells became active with temperature increases.

Moreover, the PACAP/BDNF cells responded within seconds, indicating that they receive input from thermal sensors in the skin. This result stands in sharp contrast to prevailing models, which have proposed that POA cells somehow detect subtle changes in the body’s core temperature, rather than responding directly to signals from the skin’s sensory receptors.

The idea that PACAP/BDNF cells receive input from the sensory receptors was lent further support when the cells were found to respond to the application of capsaicin – the “hot” ingredient in chili peppers – to the skin. Capsaicin is known to activate specialized proteins known as TRPV1 receptors, which also respond to “real” heat. When activated by heat or capsaicin, TRPV1 receptors send signals along specialized nerve fibers to the brain, and the new research indicates that these neural pathways make contact with PACAP/BDNF cells in the POA.

“The rapid way these neurons control thermoregulation, which has very little to do with a temperature change in the brain itself, goes against what’s in most textbooks,” said Knight.

No Response to Cool Temperatures

The cells showed no response to cool temperatures, leading the researchers to conclude that cold detection is probably accomplished by a separate neural command center.

Next, the research team flipped their methodology – rather than recording light signals from PACAP/BDNF cells, they used optogenetic techniques, which allow researchers to use light to selectively control the activity of cells, to activate PACAP/BDNF neurons at will.

When the team activated the cells in this manner, they observed a rapid decline in body temperature in the mice that was independent of the actual environmental temperature. The researchers determined that this temperature decline was due to physiological responses that are normally elicited in mice in response to warmth, including dilation of the blood vessels in the tail, and reduced production of heat in fat tissue.

Most strikingly, the group found that light stimulation of PACAP/BDNF cells caused an immediate and robust behavioral response. After optogenetic stimulation of these neurons, mice immediately sought a cooler spot on a specially designed track that had a continuously varying temperature along its length.

Taken together, these findings indicate that a specific group of POA cells that express both PACAP and BDNF are dedicated to detecting warm temperatures, that they do so by monitoring signals from sensors in the skin, and that they prompt an array of both physiological and behavioral strategies to return the body to a cooler temperature.

To further understand how PACAP/BDNF cells drive these responses, the group used additional imaging techniques to take the first steps in mapping the PACAP/BDNF cells’ output circuitry. They found that these cells are connected to numerous brain regions known to govern, respectively, automatic physiological responses and the many motivated behaviors animals engage in to cool down – finding shade, or, in humans, removing clothing or opening a window.

“This mapping gave us a sense for the first time how a specific set of neurons are producing all these different temperature responses,” Tan said.