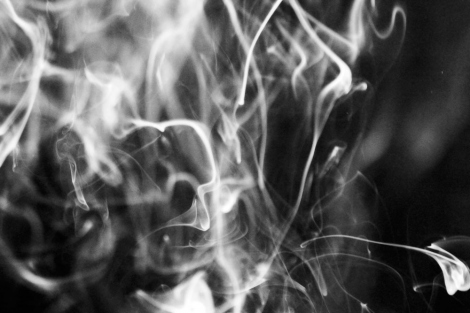 One minute of exposure to second-hand smoke (SHS) from marijuana diminishes blood vessel function to the same extent as tobacco, but the harmful cardiovascular effects last three times longer, according to a new study in rats led by UC San Francisco researchers.

In a healthy animal, increased blood flow prompts arteries to widen, a process known as flow-mediated dilation (FMD). When FMD is compromised, as happens during SHS exposure, blood flow is impeded, and the risks of heart attack, atherosclerosis and other heart problems increase, said UCSF’s Matthew Springer, PhD, professor of medicine and senior author of the new study.

“Your blood vessels can carry more blood if they sense that they need to pass more blood to the tissues,” Springer said. “They dilate to allow more blood through. But that’s inhibited by exposure to smoke.”

Previous work by Springer and others has shown that as little as one minute of exposure to tobacco SHS diminishes FMD, but the effects of marijuana SHS hadn’t been examined. In the new research, published online in the July 27, 2016, issue of the Journal of the American Heart Association, a team of scientists in Springer’s laboratory measured rats’ FMD, which works similarly to FMD in humans, before and after exposure to both tobacco SHS and marijuana SHS.

The researchers found that rats exposed to marijuana SHS experienced a more than 50 percent reduction in FMD, similar to the reduction in artery function seen in both rats and humans exposed to tobacco smoke in previous studies. As with tobacco, the reduction occurred after just one minute of exposure to SHS from marijuana. However, while rats exposed for one minute to tobacco SHS recover within 30 minutes – an observation that was reproduced in the new study – one minute of exposure to marijuana SHS still significantly affected FMD 90 minutes after the initial exposure.

The research group used equipment designed to mechanically “smoke” cigarettes and fill a reservoir with the resulting smoke. In a series of experiments using marijuana cigarettes, when the smoke in the collecting chamber was determined to be at a level roughly comparable to those found in restaurants that allow smoking, the rats were exposed to the marijuana smoke.

Using methodology that they developed for previous tobacco studies, the researchers temporarily blocked off blood flow to rats’ legs after they were exposed to SHS. They then let the blood rush back into the arteries and used ultrasound technology to measure the resulting widening of the femoral artery, a vessel similar to the human brachial artery of the arm, where FMD is typically measured in clinical studies.

The study fills a void in SHS research, as marijuana studies are difficult to undertake because of its illicit status and the numerous agencies, such as the Drug Enforcement Agency and the Food and Drug Administration, that must approve the use of the drug in experiments.

“The biggest reason that people believe marijuana second-hand smoke is harmless is because the public health community hasn’t had direct evidence of its harmful effects like it does with tobacco,” Springer said. “We hadn’t done the experiments, so I think there is definitely an underestimation of how harmful marijuana smoke is.”

To ensure the effect on FMD wasn’t a result of smoke from the rolling paper used in marijuana cigarettes or the cannabinoid compounds like tetrahydrocannabinol (THC, the main psychoactive substance in marijuana), the researchers also tested marijuana not rolled in paper and with cannabinoid compounds removed. Arterial function was still impaired in those situations, leading the team to conclude that smoke from burning marijuana plant matter itself caused the decline in FMD.

The rats were likely exposed to less SHS than people at certain rock concerts, such as one Springer attended in 2010, where there were so many people smoking marijuana that there was a haze in the air. This experience prompted his curiosity about whether marijuana SHS was really as benign as people made it out to be.

“It was really interesting to me, and distressing, because all these people in the stands would not tolerate it if the person next to them started smoking a cigarette,” Springer said, “but they were fine with the marijuana.”

Springer’s preliminary findings, presented at the November 2014 American Heart Association Annual Scientific Sessions, helped inspire California Assembly Bill 2300, a proposed law working its way through the State Legislature that would allow landlords to prohibit marijuana smoking —even for medicinal purposes—if smoking is already banned in their building. The medicinal use of marijuana complicates such public policy questions, Springer said, but he believes the current study solidifies the evidence that exposure to marijuana SHS carries risks.

“At this point, we’re saying that inhaling any smoke is detrimental to your health," Springer said. “I think that people should avoid inhaling smoke whether it’s from tobacco or marijuana cigarettes, forest fires, barbecues—just avoid smoke.”