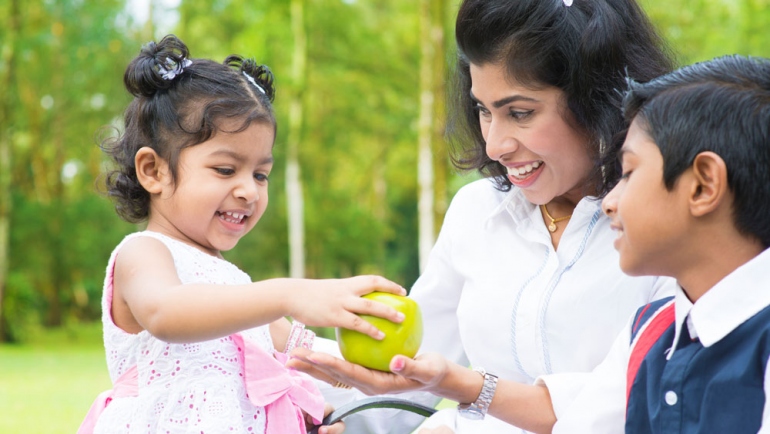 To keep a person's heart healthy, clinicians recommend avoiding risk factors such as smoking or excessive weight gain. But one risk factor, which cannot be changed, is being South Asian.

Although doctors have known of this increased risk for years, precisely what causes it is still a mystery. That’s the question Alka Kanaya, MD, professor of medicine at UC San Francisco, is hoping to answer with an ongoing study of more than 900 South Asian immigrants living in the San Francisco Bay Area and the greater Chicago area, most of whom have spent decades in the United States.

The Bay Area and Chicago are home to some of the largest South Asian populations in the U.S. and “these areas provide a nice incubator for us to look at the experiences of immigrant groups and how they experience diabetes and heart disease,” says Kanaya.

The study is named Mediators of Atherosclerosis in South Asians Living in America – or simply MASALA – and measures clinical parameters such as blood pressure, coronary artery calcium, insulin resistance, visceral fat and more in an hours-long clinical study visit. Then, researchers follow up annually with study participants to correlate these metrics with their cardiovascular disease events, such as stroke or myocardial infarction.

MASALA was the first and only study of its kind when Kanaya and her colleagues began the project in 2010. Now, similar studies have been initiated in India and in the United Kingdom. The MASALA researchers collaborate with scientists in India to compare how disease risk might vary between individuals living in South Asia and South Asian immigrants living in the U.S.

Already, the study is revealing surprising differences between different communities.

Studies of Japanese, Latinos and other groups have usually found that adapting to a Western culture increases rates of diabetes, high blood pressure or other risk factors for heart disease. But MASALA’s participants reveal a different trend. In a direct comparison of diabetes prevalence between the MASALA population with South Asians living in India, the non-immigrant Indians had a significantly higher prevalence of diabetes compared to the U.S. South Asians. The process of acculturation may be different for South Asians.

In a 2014 study, the team found that people who had very strong ties to their South Asian cultural traditions and those with very weak cultural connections were both at higher risk of cardiovascular disease – as measured by the thickness of their carotid arteries. People who were bicultural, retaining some of their traditional beliefs but adopting some Western ways, had the lowest thickness of their carotid arteries.

“Here we’re seeing that it’s not just Westernization that’s affecting cardiovascular disease risk but it’s also people who may be more entrenched in traditional cultural choices – either manifesting through their diet, or exercise beliefs, or social stress. It’s not just about biological risk factors” says Kanaya.

In another recent study, the group found that although current guidelines from the American Diabetes Association (ADA) recommend screening for type 2 diabetes at a body-mass index (BMI) of 25 kg/m2, the cutoff at which a person is considered overweight. But the diabetes risk for South Asians increases sharply at a BMI of 23 – currently classified a healthy weight. Based on MASALA’s results, Kanaya and her colleagues worked with the ADA to modify screening recommendations for Asian-Americans.

In the clinic, a patient’s disease risk is usually computed based on values for "high" blood pressure or cholesterol levels that have – so far – been based on data from pooled cohorts of Caucasian and more recently African-American communities. And emerging data from MASALA suggest these values may not be the same for South Asians.

“There is a continuum of risk rather than a cutoff,” says Kanaya. “The concept of a one-size-fits-all guideline may not work – that’s why we need ethnicity-specific data to develop guidelines that take into account the different risk profiles of specific populations.”