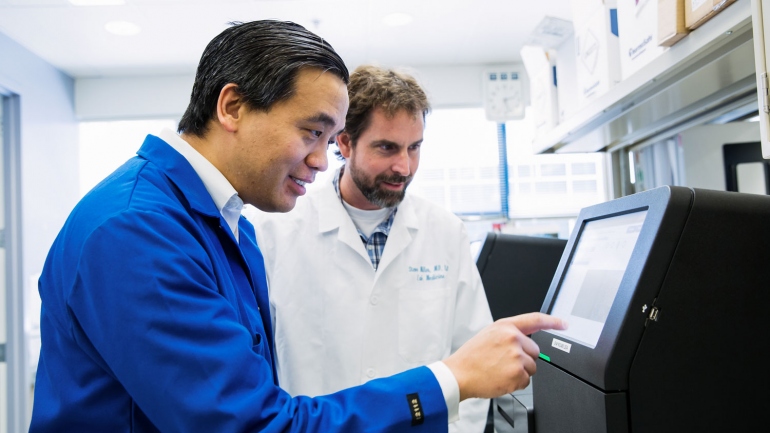 Zika virus infections are raising concerns about a form of fetal brain damage known as microcephaly. With the World Health Organization recently declaring it a global health emergency, scientists are working to better understand the virus – including how to diagnose it quickly to prevent further spread.

We’ve seen this pattern before: Last year’s Ebola and chikungunya outbreaks infected thousands as health care workers scrambled to properly diagnose patients. With a tiny sequencing machine that plugs into a laptop’s USB port, UC San Francisco’s Charles Chiu, MD PhD, aims to fix that – and catch the next wave before it strikes. 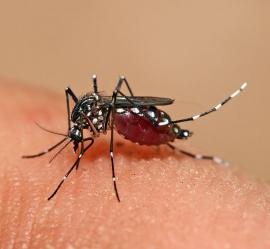 “We’re not targeting one specific pathogen. We’re developing a device that can detect all pathogens – virus, bacteria, fungus, parasite known or unknown – in a single test,” said Chiu, an associate professor of Laboratory Medicine and director of the UCSF-Abbott Viral Diagnostics and Discovery Center.

In the past, researchers and clinicians have relied on a “one bug, one test” formula, designing a custom diagnostic for each new disease as needed. Flu tests were improved after the 2009 H1N1 outbreak, and several labs are now working on better tests for Ebola after the 2014 epidemic.

Despite these efforts, many patients remain undiagnosed even in the U.S. In more than half of all cases of encephalitis or meningitis and about one-third of respiratory infections, the disease-causing pathogen is never identified. Instead, patients are treated with a cluster of therapies that generally target their symptoms.

Although this strategy works in most cases, it fails in the face of an outbreak because we’re often unprepared to deal with a new, previously unrecognized threat. That’s the problem the new technology, using a technique called nanopore sequencing, will address.

The small sequencer, manufactured by Oxford Nanopore Technologies, and laptop-based analysis can be put to work anywhere, even in a field laboratory in a remote village. So when the next patient walks in with alarming, mysterious symptoms, clinicians can pin down its cause within hours. Unlike traditional genetic tests that take days or even weeks, this technology churns out data within minutes of a sample being loaded into the sequencer. 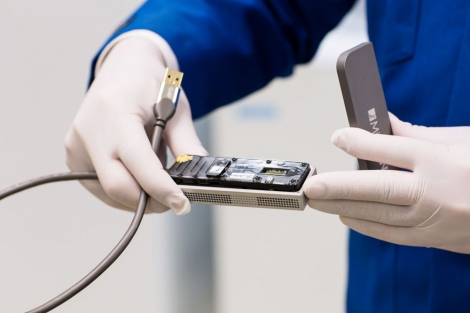 This tiny sequencing machine that plugs into a laptop’s USB port could help diagnose infections anywhere, even in a field laboratory in a remote village. Photo by Elisabeth Fall

Having a genetic sequence handy would mean clinicians and public health officials can quickly identify whether it’s a known pathogen, or even something they’ve never encountered before. The method could quicken diagnosis for affected patients, and help to put preventive measures in place to stop an epidemic before it spreads.

Chiu’s lab has already tested the technology on Ebola and chikungunya virus, and has recently received samples of Zika virus to extend their studies.

A researcher in Chiu’s lab, Sneha Somasekar, will be traveling to collaborating sites in South America, West Africa and the Caribbean to deploy the technology where it is most needed. If successful, the test could soon be in put into use in Brazil, which has been ground zero for Zika.

“We’re always a step behind the next disease that emerges from the jungle or the hinterland,” said Chiu. “With a universal diagnostic such as this, we’ll be prepared for the next infectious threat – no matter what it is.”