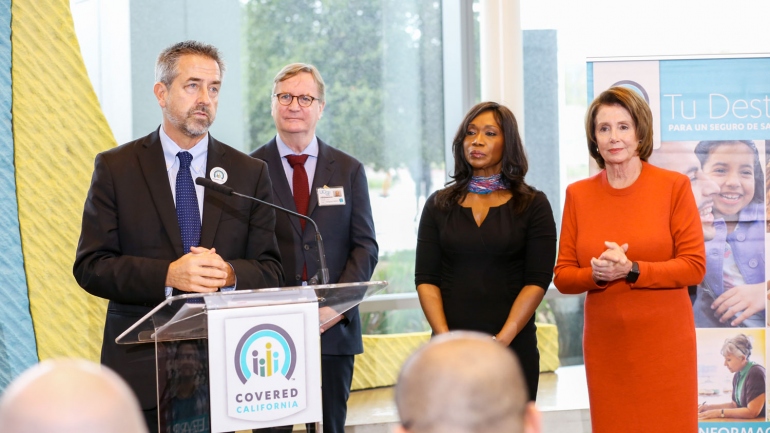 Nearly 1.3 million people have received access to vital treatment at top hospitals through the health insurance program known as Covered California since it launched in January 2014, Democratic Leader Nancy Pelosi announced this week at a press conference held at UC San Francisco.

Pelosi joined Covered California and UCSF leaders to highlight a new report documenting successes of the statewide program, created through the Affordable Care Act (ACA), which offers coverage to people who do not have access to health insurance through their employers, or are otherwise uninsured, including those with preexisting conditions. Some 111 hospitals across the state submitted data to Covered California for the report, representing about a quarter of the hospitals that accept Covered California insurance and 40 percent of the care provided under the program.

Apply for health insurance coverage during this year's open enrollment period, which lasts through Jan. 31, 2016.

“We are proud of the statistics, but what matters most are the individuals behind those. This plan has succeeded,” Pelosi said.

Peter Lee, executive director of Covered California, noted that the 65,000 Californians who visited the emergency room in the first 18 months of the program “got the best care when the worst happens.” Another 5,745 babies were delivered, including 473 babies who received care in neonatal intensive care units, 741 people were treated for trauma and broken bones, 10,928 for cancer and 89 with organ transplants.

Lee said enrollees in Covered California represent “a large, diverse pool, so health care premiums can be kept down for everyone. We are solid, solvent and here for the long haul.”

Leaders pointed to the program’s successes at UCSF Health, a leader in providing care to ACA beneficiaries, treating more than 14,300 Californians for everything from broken bones to life-saving transplant surgeries.

“We are proud to be the largest provider of cancer care for these patients among the medical centers surveyed and glad that UCSF is able to provide high-quality care to patients who otherwise might not have been diagnosed or treated,” said UCSF Chancellor Sam Hawgood, MBBS.

“Behind every one of these numbers is a real person,” said Lee. “They have received, for example, brain surgery that would have cost over $2 million” without the insurance provided by the health exchange. 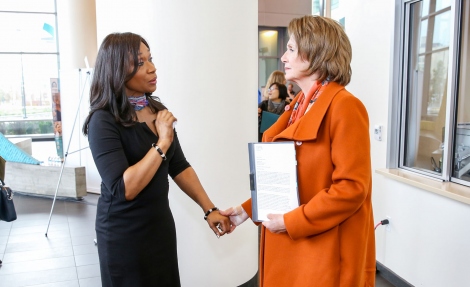 One UCSF patient, Anita Haynes-Hiley, learned she had advanced Stage 4 gynecological cancer that had metastasized to her bones, lymph nodes, lungs, diaphragm and liver. She was able to secure the latest advanced treatment through Covered California.

“My daughter will have a mother,” said Haynes-Hiley, who reported that 90 percent of her cancer is now gone. “No insurance would have covered me with such an extreme diagnosis. I would not have had a chance at all.”

Haynes-Hiley’s oncologist, Stefanie Ueda, MD, said Covered California has enabled some of the state’s best hospitals to provide cancer care for thousands of patients like Haynes-Hiley and called the program “a good first step,” saying “greater access needs to continue.”

Covered California’s open enrollment extends through Jan. 31, and leaders exhorted Californians who don’t have coverage to apply in the next two weeks, to avoid a possible tax penalty for declining coverage. “If you decide to sit on your hands you are rolling the dice,” Lee said. “Sign up for health insurance rather than send a check to the IRS.”