In the first U.S. safety trial of a new form of immunotherapy for type 1 diabetes (T1D), led by UC San Francisco scientists and physicians, patients experienced no serious adverse reactions after receiving infusions of as many as 2.6 billion cells that had been specially selected for their potential to protect the body’s ability to produce insulin.

T1D is an autoimmune disease in which the immune system, which normally defends against infections, somehow goes awry and targets insulin-secreting cells, called beta cells, in the pancreas. Many T1D therapies aim to tackle this problem by suppressing the immune response, but that approach can have serious consequences, including an increased susceptibility to infection or cancer.

As reported in the Nov. 25 online issue of Science Translational Medicine, however, the cells used in the completed Phase 1 trial, known as regulatory T cells (Tregs; pronounced “tee-regs”), are instead based on the concept of “immune tolerance” – these cells may have the capability to dampen the immune system’s assault on beta cells while leaving its infection-fighting capabilities intact. 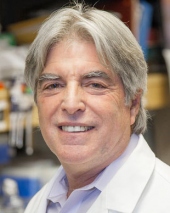 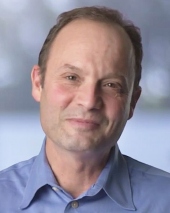 “This could be a game-changer,” said first author Jeffrey A. Bluestone, PhD, the A.W. and Mary Margaret Clausen Distinguished Professor in Metabolism and Endocrinology at UCSF. “For type 1 diabetes, we’ve traditionally given immunosuppressive drugs, but this trial gives us a new way forward. By using Tregs to ‘re-educate’ the immune system, we may be able to really change the course of this disease.”

While the trial was not designed to assess effects of the therapy on T1D symptoms and did not measure trial participants' insulin use, the encouraging safety results from the trial, conducted at UCSF by Stephen E. Gitelman, MD, professor of pediatrics, and at Yale School of Medicine by Kevan C. Herold, MD, “support the development of a Phase 2 trial to test efficacy of the Treg therapy,” the research team writes.

The infused Tregs used in the trial were derived from the trial participants’ own cells, using an ex vivo (outside the body) “isolation and expansion” technique first described by Bluestone and colleagues in 2009.

In this procedure, doctors remove less than two cups of blood, which in T1D patients usually contain between 2 and 4 million of the desired Tregs, commingled with millions of cells of other types. Using a method known as fluorescence-activated cell sorting (FACS), which precisely segregates cells based on molecules they display on their surface, the therapeutic Tregs are separated and then placed into a growth medium in which they can attain a 1,500-fold increase in number.

Bluestone and colleagues have shown in previous work that Tregs recovered after this expansion are more functionally active, can repair defects in the immune system of patients with T1D and are more likely to survive long-term in the body than Tregs produced by other means.

The trial marked the first U.S. study in which large populations of Tregs created using these techniques were infused back into patients’ circulation. Fourteen patients from 18 to 43 years old, all with recent-onset T1D, were organized into four groups that successively received infusions containing greater numbers of Tregs: members of the first group received about 5 million cells, and the fourth group about 2.6 billion cells.

In addition to being well tolerated by all four groups, the treatments were durable, with up to 25 percent of the infused therapeutic cells still detectable in patients’ circulation a year after they had received just a single infusion.

Positive Results on Side Effects

The positive safety results from the trial are particularly reassuring, because in some instances T cells that were therapeutically introduced in cancer treatment have caused patients’ immune systems to spiral out of control. Based on the Phase 1 data from this trial, New Jersey-based Caladrius Pharmaceuticals is now in the early stages of planning a Phase 2 trial of Tregs for T1D.

Using a patient’s own cells – identifying them, isolating them, expanding them, and infusing them back into the patient – is an exciting new pillar for drug development.
Jeffrey Bluestone, PhD

Trial participant Mary Rooney, 39, who was diagnosed with T1D four years ago, said she has experienced no side effects from Treg treatment. “The work of Dr. Bluestone and his team offers new hope for people with type 1 diabetes and other autoimmune disorders,” Rooney said. “The Treg intervention aims to prevent the development and progression of type 1 diabetes, freeing people like me from the daily grind of insulin therapy and lifelong fear of complications. It's truly groundbreaking research with enormous potential.”

In addition to their potential value as a diabetes therapy, said Bluestone, a member of the UCSF Diabetes Center, Tregs hold great promise as treatments for other autoimmune diseases such as rheumatoid arthritis and lupus, and even as therapies for cardiovascular disease, neurological diseases and obesity.

UCSF research on Tregs and other novel approaches to autoimmune diseases recently received a significant boost from the Parker Foundation, established this year by Silicon Valley entrepreneur and philanthropist Sean Parker. In November, the foundation donated $10 million to establish the Sean N. Parker Autoimmunity Research Laboratory, with Bluestone as the laboratory’s inaugural director.

“Using a patient’s own cells – identifying them, isolating them, expanding them, and infusing them back into the patient – is an exciting new pillar for drug development,” said Bluestone, “and we expect Tregs to be an important part of diabetes therapy in the future.”

The research was funded by the Juvenile Diabetes Research Foundation, the Brehm Coalition, the Immune Tolerance Network, BD Biosciences, and Caladrius Biosciences. Bluestone, Putnam, Liu, and Tang are co-inventors on patents filed in connection with manufacturing of the Treg product used in the trial. Bluestone and Tang have received funding from Caladrius, and in-kind contributions from BD Biosciences.