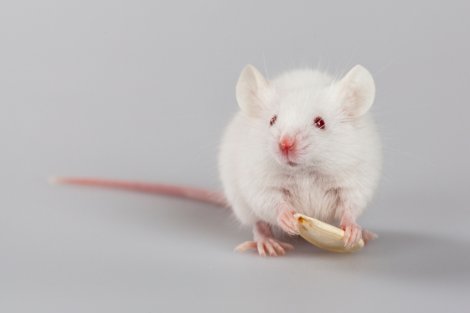 You might want to think twice before turning up that thermostat during the holidays. A new study led by UCSF researchers has found that mice who spend too much time in their thermal “comfort zone” while gorging on fatty foods more than double their risk of developing cardiovascular disease compared to mice who stayed cool while eating the same diet.

The findings suggest that the standard practice of housing mice at relatively cool temperatures may actually benefit the animals’ long-term health by keeping their metabolisms active. On the other hand, it could be an impediment for researchers trying to understand metabolic disease in humans, since we spend much of our time at carefully regulated “thermoneutrality” – the temperature at which our metabolisms don’t have to do any extra work to keep us warm.

“This has had a profound effect on how I look at results coming out of my own lab,” said study senior author Ajay Chawla, MD, PhD, a professor at UCSF’s Cardiovascular Research Institute and the departments of physiology and medicine in UCSF’s School of Medicine. “I don’t believe anything until we do it again at thermoneutrality.” 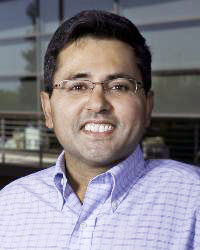 There is ongoing debate in the research community about the best temperature for the health and comfort of laboratory mice. The National Research Council recommends housing mice between 20 and 26 degrees Celsius (68 to 79 degrees Fahrenheit), well below the animals’ thermoneutral zone, which is closer to 30 C (86 F).

Chawla, who studies the effects of cold on metabolism, became interested in whether the practice of housing mice at relatively chilly temperatures changed their risk of developing metabolic disease.

Nearly two decades of research show that diets high in LDL cholesterol trigger chronic vascular inflammation, aggravating the growth of atherosclerotic plaques and leading to heart disease. In recent years, studies have suggested heightened immune activity could also be responsible for the onset of insulin resistance, an early warning sign of diabetes.

In the new paper, published Nov 5 in the journal Cell Metabolism, Chawla’s team found that mice housed at 30 C and fed fatty diets developed inflammation much more rapidly and ended up with twice as many atherosclerotic plaques than those housed at the more typical 22 C. On the other hand, the heightened inflammation resulting from warmer housing conditions had no significant effect on insulin resistance, in sharp contrast with previous results linking the two.

“This was a big surprise,” Chawla said. “It could be that inflammation has less to do with diabetes than we thought.”

Chawla suspects that the chronic chill lab mice typically experience protects against chronic inflammation by constantly revving the metabolism to produce heat. The heart rate of a mouse at 22 C is typically twice as high as a mouse at 30 C, they expend twice as much energy at rest, and have significantly elevated blood pressure.

“The magnitude of the response is huge,” Chawla said. “We do all these studies on mice hoping to apply what we learn about mouse physiology to humans, but it’s like we’ve been studying humans on speed.”