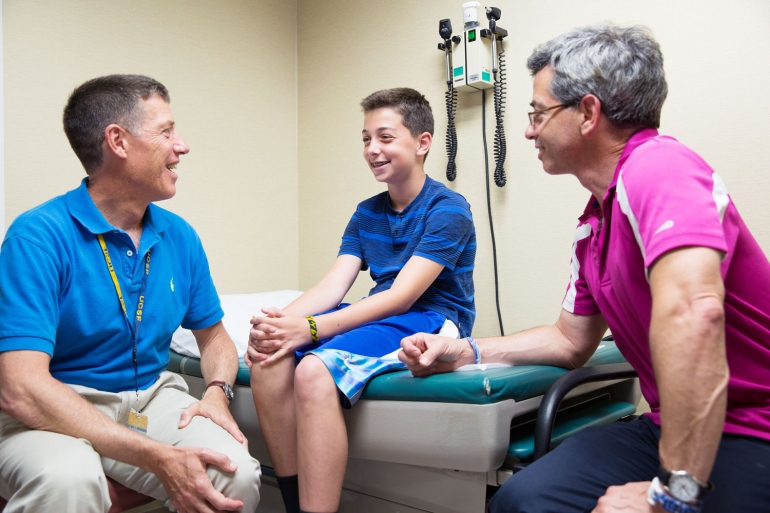 Stephen Rosenthal, MD, chats with 13-year-old Shay and his father, Wayne, during a check-in at the UCSF Child and Adolescent Gender Center. Photo by Elisabeth Fall

Clues to a transgender identity can start very early.

For Shay, who was biologically born a female, it began when he was 3- or 4-years-old, talking about his gender and refusing to wear dresses. Then, his father Wayne recalled, “he told us he wanted to turn into a boy for his fifth birthday.”

Children and teens who have an inner sense of gender that doesn’t align with their biological sex can endure extreme psychological distress, called gender dysphoria. It can be especially distressing as they anticipate seeing their bodies transform during puberty.

Increasingly, children diagnosed with gender dysphoria are turning to their doctors for medical interventions to prevent puberty from making permanent masculine or feminine changes to their bodies. While this significantly improves emotional well-being, it remains controversial because the long-term physical consequences are completely unknown. The immediate psychological effect of no treatment, however, can have devastating effects. 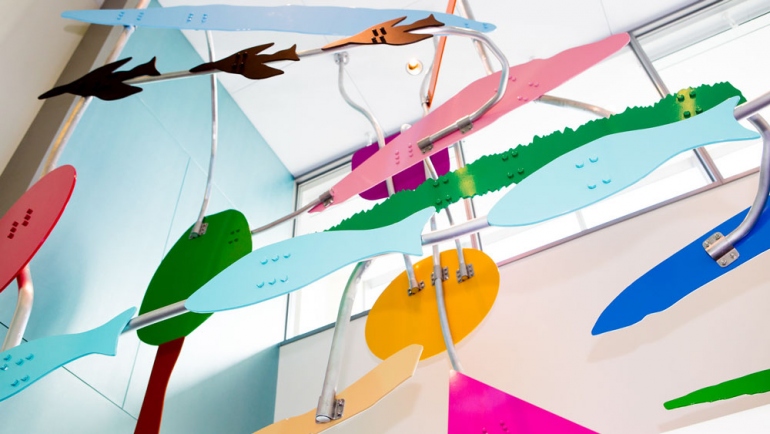 The center, a collaboration between UCSF and community organizations, offers comprehensive medical and psychological care, as well as advocacy and legal support, to gender non-conforming/transgender youth and adolescents.

“These kids have a very high risk of depression, substance abuse, suicidal thoughts, and suicide attempts,” said Stephen Rosenthal, MD, a pediatric endocrinologist and medical director of the Child and Adolescent Gender Center at UCSF Benioff Children’s Hospital San Francisco who began treating Shay in 2009. “Not treating is not a neutral option.”

In 2010, Rosenthal and Bay Area community experts and organizations launched the Child and Adolescent Gender Center to meet the growing demand for transgender youth health care. The center is a one-stop, interdisciplinary weekly clinic offering the wide range of services necessary for mental and physical evaluation and care – and if deemed appropriate, a healthy transition.

In July, the center, along with three other institutions, received a $5.7 million grant from the National Institutes of Health to, for the first time in the United States, study the long-term effects of medical treatments like puberty blockers and hormone replacement therapies for transgender youth.

The center has a multidisciplinary team of four directors who each possess the mental health, medical, advocacy and legal expertise to help families navigate the complex transgender health system.

“We are learning how best to support patients and their parents and moving in the direction of a gender affirmative model,” said Diane Ehrensaft, PhD, clinical psychologist and the center’s director of mental health. The “gender affirmative model” involves supporting children in their decisions to live in the gender that they feel most comfortable with. 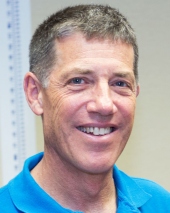 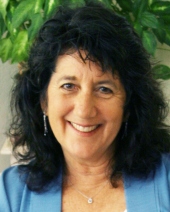 Gender specialists like Ehrensaft listen to verbal cues, such as Shay’s wish to turn into a boy for his birthday. They carefully evaluate and diagnose patients with gender dysphoria if they have clinical distress associated with gender identity. This is a key distinction from gender expression – a person’s outward expression of their gender identity, in which a person may choose to present themselves outside cultural norms.

Opponents of the gender affirmative model point to research that suggests only 6 to 23 percent of boys and 12 to 27 percent of girls with gender dysphoria will persist as transgender into adulthood.

Yet the data are flawed, Ehrensaft notes, because it compared results from multiple persistence studies with different methods for diagnosing transgender children. “They compared apples and oranges,” she said. “We can’t know with 100 percent accuracy, but we can decipher kids most likely to persist early on.”

If families decide to let their children dress and live as their identified gender, they can find themselves educating the wider community as a result. The center’s advocacy arm also helps by speaking to schools about what it means to be transgender to ease a child’s transition.

Their message is simple: “This is about kids who want to be themselves,” said Joel Baum, the center’s director of advocacy and senior director of professional development and family services at Oakland-based Gender Spectrum. “They have no agenda except to be happy.”

Gender dysphoria often gets more extreme at the onset of puberty and its permanent physical changes, such as a deepening voice or breast development. To alleviate this dysphoria, the center employs the Dutch protocol, which uses hormones that pause puberty, then introduces cross-sex hormones when they’re older. Approved patients are eligible for gender reassignment surgery at 18.

“These kids have a very high risk of depression, substance abuse, suicidal thoughts, and suicide attempts. Not treating is not a neutral option.”
Stephan Rosenthal, MD
Medical director of Child and Adolescent Gender Center

Opponents question treating young kids in early puberty because there is a dearth of long term data. However, recent results from the first long-term follow-up study of transgender youths treated with the Dutch protocol showed otherwise. A year after their reassignment surgery, the study found gender dysphoria had completely resolved, and their sense of well-being was on par, or even slightly better, than the general population of non-trans young adults.

The last five years have seen unprecedented numbers of kids seeking treatment for gender dysphoria. In the past three years alone, the center has grown from 75 patients to nearly 300 patients, with an average of eight to 10 new referrals every month. The clinic now meets as much as four times a month at UCSF Benioff Children’s Hospital San Francisco, opened a new location in San Mateo, and is in the process of beginning a program at UCSF Benioff Children’s Hospital Oakland.

“It has not only exploded in the number of kids, but in public consciousness about the issue,” said Ehrensaft. “Everywhere, people are saying this is going to be the next terrain – we’re in the terrain.”

The data resulting from the NIH grant will be a giant step toward validating the medical needs of transgender youth. The five-year study will track long-term physical and psychological impacts and safety of puberty blockers and cross-sex hormones.

“The CAGC is dedicated not only to providing sensitive and state-of-the-art patient care, but to optimize that care and move the field forward through research,” Rosenthal said. “There is so much unknown. There are virtually no long-term data on these individuals. This is only the beginning.”