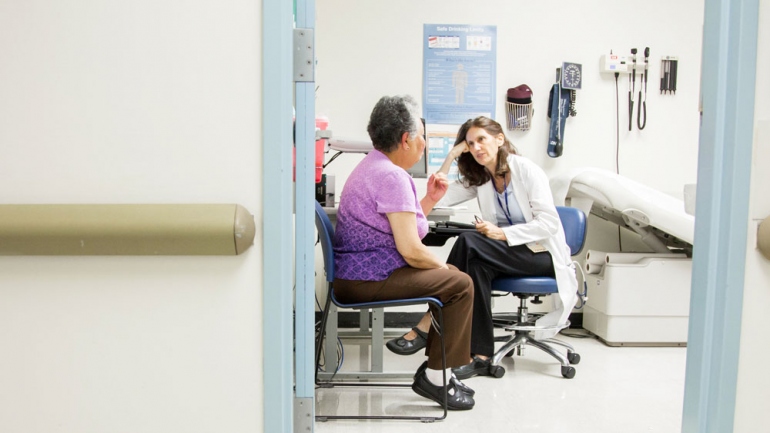 The political turmoil of Argentina in the 1970s forced Alicia Fernandez and her family to escape to the United States, leaving behind what’s known as the Dirty War, a seven-year campaign that targeted suspected left-wing dissidents.

The violence left tens of thousands of people dead or missing, including more than 40 from the high school Fernandez had attended. She and her family left their home and landed in New York City, where she found herself rallying the immigrant community around her.

Fernandez’s passion for social justice began with that early experience. It strengthened after college, when she worked as an activist for immigrant populations and with those affected by HIV/AIDS. She also realized that becoming a physician could give her valuable tools for helping give underrepresented people a voice in determining their health. 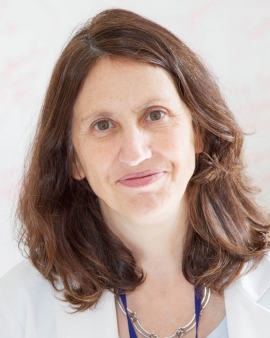 “I know how strong the Latino community is,” says Fernandez, MD, now an attending physician in the General Medical Clinic and the Medical Wards at San Francisco General Hospital and Trauma Center. “I think that we as physicians can really work to reduce disparities and enhance the health of individuals through that community strength.”

Throughout her career as a practicing general internist, she has worked to increase diversity at UCSF, to encourage physician-researchers who care about underserved populations and to study and implement changes that will reduce cultural and language barriers to chronic disease care.

In the mid-1990s, while an internal medicine resident at UCSF, Fernandez happened to see a public service announcement on television that galvanized how she views vulnerable populations and disparities in care. The theme, “HIV Stops With Me,” spotlighted HIV-positive people who delivered the message that they cared about their community and were taking it upon themselves to prevent transmitting their disease to anyone else.

“When I saw that campaign, I got tears in my eyes because it spoke to the dignity of people who may have a disease, but who still are still active members of a community,” she says. Prior to that, she had only seen public health messages directed at HIV-negative people to protect themselves.

Fernandez has retained that perspective throughout her life’s mission to improve the health of Latinos and vulnerable patients in general. In one of her current projects, a campaign called “Diabetes Stops With Me,” Latino parents and grandparents will be encouraged to work to lessen the chances that their children and grandchildren – who have an increased biological risk of developing diabetes – will develop the disease. The American Diabetes Association estimates that the rate of diabetes among Latinos is almost double those of non-Latino whites.

Even though a person may not have been able to prevent themselves from developing diabetes, they may play a very important role in stopping the intergenerational transmission of the disease, says Fernandez, who notes that while the campaign starts with a focus on Latinos, it will apply to other populations as well. “I want to reframe how we think of people with diabetes from being unfortunate and partly to blame victims of disease, to being the actors and heroes of their stories,” she says.