Five UC San Francisco faculty members are among the 70 new members elected to the National Academy of Medicine (NAM), formerly known as the Institute of Medicine (IOM).

The 70 new regular members and 10 international members were announced at the institute's 45th annual meeting on Monday.

The announcement recognizes individuals who have made outstanding contributions to the fields of health and medicine, and is considered one of the highest honors in these disciplines. The most recent UCSF members to join this distinguished group are:

With Monday’s announcement, a total of 97 people from UCSF are now members of the NAM.

“These five new members represent an amazing diversity of research and contributions to global health and science, and I am proud of each one of them,” said Talmadge E. King, Jr., MD, dean of the UCSF School of Medicine. 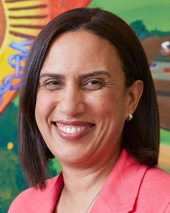 Kirsten Bibbins-Domingo is a general internist and epidemiologist whose research has focused on minority health and health disparities. She also serves as director of the UCSF Center for Vulnerable Populations at San Francisco General Hospital and Trauma Center. Her work aims to improve health and prevent chronic illnesses such as heart disease, diabetes and stroke in groups at higher risk of such conditions due to social, behavioral or other factors.

Bibbins-Domingo has previously served on many IOM committees, and was appointed vice chair of the U.S. Preventive Services Task Force, an independent panel of national experts in prevention and evidence-based medicine, in March 2014. 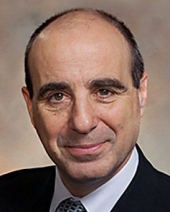 Andrew B. Bindman has practiced, taught and conducted health sciences research at San Francisco General Hospital for more than 25 years. Over the years, he has played an active role in transforming health care delivery. Working in various advisory roles to the US Department of health and Human Services, Bindman has evaluated Medicaid health policies based on access to care and health outcomes to help improve policies. In 2009-2010, Bindman was a Robert Wood Johnson Health Policy Fellow on the staff of the Energy and Commerce Committee within the US House of Representatives where he was intimately involved in the drafting of legislative language for the federal health reform law, the Patient Protection and Affordable Care Act (ACA). 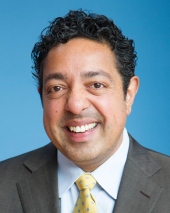 Atul Butte, a noted expert in pediatrics and medical technology, joined UCSF in 2015 to lead the new UCSF Institute for Computational Health Sciences. Butte’s research focuses on building and using computational tools to analyze “big data” from molecular, clinical, and epidemiological sources to identify new insights into diseases and therapies.

With a rare expertise that spans biomedical research as well as computer science, Butte has received several prestigious awards, including the 2014 E. Mead Johnson Award from the Society for Pediatric Research, 2013 National Academy of Sciences Kavli Frontiers Fellowship and 2013 Champion of Change in Open Science awarded by the White House. 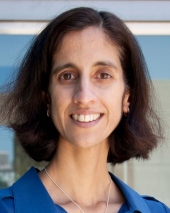 Tejal Desai conducts cutting-edge research on micro- and nano-scale technologies for targeted drug delivery. Her lab at UCSF has developed nanostructured thin-film devices to deliver drugs to the eye, silicon nanowire-coated beads as adhesive drug-delivery vehicles to the gut, and other microscopic devices. In ongoing studies, her lab is focused on ways to reduce inflammation following surgery to repair arteries or insert stents into blood vessels. Early in her career, Desai received the Visionary Science Award from the BioMEMS and Nanotechnology Society, and the Global Indus Technovator Award from MIT. 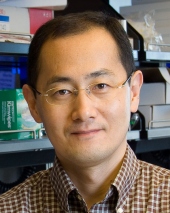 Shinya Yamanaka, a stem cell researcher at UCSF and the L.K. Whittier Foundation Investigator in Stem Cell Biology at the UCSF-affiliated Gladstone Institute for Cardiovascular Disease, won the 2012 Nobel Prize in Physiology or Medicine for his discovery that adult skin cells could be reprogrammed to become pluripotent. Simply by adding a few genes to adult skin cells from mice or humans, Yamanaka induced them to start behaving like embryonic stem cells, with the potential to differentiate into myriad cell types. Stem cells are considered key to future therapies for blindness, Parkinson’s disease, and other disorders.

Prior to the Nobel, Yamanaka has received several other honors, including the Albert Lasker Basic Medical Research Award, the Wolf Prize in Medicine, the Shaw Prize and the Kyoto Prize for Advanced Technology. In 2011, Yamanaka was elected to the U.S. National Academy of Sciences.

“Our newly elected members represent the brightest, most influential, and passionate people in health, science, and medicine in our nation and internationally,” said Victor J. Dzau, president of the NAM, which earlier this year assumed membership, honorific and other functions formerly administered by the IOM, while the IOM continues its consensus study and convening activities.

“They are at the top of their fields and are committed to service," Dzau said. "The expertise they bring to the organization will help us respond to today’s most pressing health-related challenges and inform the future of health, science and medicine."