In experiments with mouse tissue, UC San Francisco researchers have discovered that the adaptive immune system, generally associated with fighting infections, plays an active role in guiding the normal development of mammary glands, the only organs — in female humans as well as mice — that develop predominantly after birth, beginning at puberty.

The scientists say the findings have implications not only for understanding normal organ development, but also for cancer and tissue-regeneration research, as well as in the highly active field of cancer immunotherapy, which seeks to develop drugs that prompt the adaptive immune system to attack tumor cells. 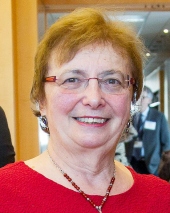 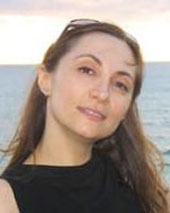 “It’s essential that we pay attention to how normal development unfolds, because regeneration requires reigniting developmental processes, and cancer can be thought of as ‘development gone wrong,’” said senior author Zena Werb, PhD, professor and vice-chair of anatomy at UCSF and co-leader of the Cancer, Immunity and Microenvironment Program at the UCSF Helen Diller Family Comprehensive Cancer Center.

Previous research has shown that the innate immune system, a suite of evolutionarily ancient, general-purpose defenses that is fully operational before birth, helps to orchestrate the development of several organs both pre- and postnatally. The adaptive immune system, which springs into action after birth to continually create customized antibodies over a lifetime to protect us against the pathogens we encounter, also is known to influence the development of immune system organs such as the thymus, spleen and lymph nodes.

But the new discoveries, published online in Developmental Cell on Aug. 27, break new ground by demonstrating that the adaptive immune system can play a conducive role in the postnatal development of organs not directly involved in immunity, said first author Vicki Plaks, PhD, a postdoctoral fellow in the Werb laboratory who led the new research.

The mouse mammary gland is an excellent model to study these processes – it develops “from almost nothing to everything” in about four weeks, said Plaks, and matures roughly in parallel with adaptive immunity – but the researchers said that the findings may also apply to the prostate gland, skin, and gut, all of which undergo postnatal structural changes.

Mice have 10 mammary glands, which consist of a structure known as a fat pad that, at birth, contains a rudimentary stalk of cells called epithelial cells. At puberty, an explosive growth process known as “ductal invasion” takes place within each gland: epithelial cells rapidly and extensively proliferate throughout the fat pad in a complex branching pattern, forming a series of tubes that connect with a hollow space called the lumen, through which milk will eventually flow to the nipple.

To observe these events close-up, the researchers created three-dimensional assemblages known as “organoids” that were embedded in a gel matrix and replicated the cellular interrelationships, including the resident immune-cell populations, of the mouse fat pad. Fluorescent labels of various colors were applied to each cell type, enabling the scientists to use microscopes to record movies over several days to capture the interactions of immune and epithelial cells during ductal invasion.

The movies show that immune-system cells known as antigen-presenting cells (APCs) continually proliferate and survey the rapidly developing organoids, sending signals to nearby immune T cells called CD4+ cells. The CD4+ T cells, in turn, secrete a substance called interferon-gamma, which signals epithelial cells that they should cease their advancement. These repeated interactions between APCs and CD4+ T cells accompany the sculpting of the lumen and the branching of the tissue.

By selectively depleting and introducing relevant immune cell populations, as well as knocking out genes affecting the function of APCs, CD4+ T cells, and interferon-gamma in successive organoids and in whole mammary glands, the researchers were able to confirm that each component of the system is necessary to assist ductal invasion, allowing the process to unfold in an orderly fashion.

The subpopulation of CD4+ T cells that secrete interferon-gamma are called Th1 cells. Previous research has shown that cancer patients have a better prognosis if they have a higher ratio of Th1 cells relative to other types of immune cells, including another type of CD4+ T cells known as Th2 cells. Moreover, Th1 factors such as interferon-gamma have been shown to arrest cell growth in a number of tumor types. Plaks and Werb said that these observations might be partly explained by the newly revealed role of CD4+ T cells in halting normal developmental processes.

The work received major funding from the National Institutes of Health and the Department of Defense. The Developmental Cell paper is dedicated to Werb’s former colleague, the late Ralph M. Steinman, MD, winner of the 2011 Nobel Prize in Physiology or Medicine.

“This paper presents an important example of negative regulation, something people don’t think about enough,” Werb said, “and it makes you consider both normal development and disease in a different way.” In both basic studies in developmental biology and clinical regenerative medicine, which aim, respectively, to understand growth processes or to stimulate cell growth to repair organs, she said, “most of the emphasis is on the accelerator, but you also need a brake.”