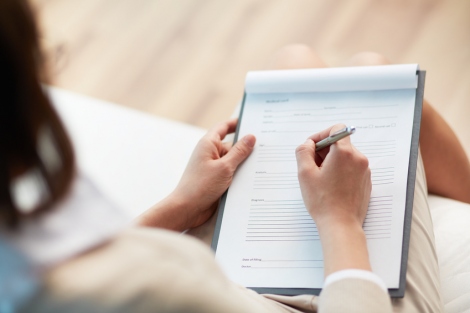 If you’ve filled out forms for health insurance, you’ve probably been asked about your race and ethnicity. Are you Asian? Hispanic? Check all that apply.

Doctors use these answers to make many decisions, from your risk of disease to finding an organ donor.

A study led by UC San Francisco, has found that when that information really matters – in connecting bone marrow donors to patients – the question format may determine how well the answers correspond to your genes.

“In medicine, we’ve been under the assumption that it’s just a matter of presenting people with the right check boxes,” said Jill Hollenbach, PhD, MPH, assistant professor at the UCSF School of Medicine and lead author of the study. “It turns out that it’s much more complex than that.”

The study, published last week in the journal PLOS ONE, compared different ways of asking bone marrow donors’ to identify themselves and assessed which were relevant to their genetics. They found for some populations, asking people to report their geographic origins matched their genetic ancestry better than choosing from standard race/ethnicity categories. For others, identification by race was more relevant.

What worked for all groups was asking the origin of their grandparents. That answer corresponded most closely with genetics, especially for populations with mixed ancestry.

The findings, however, show that no one measure of self-identification completely predicted donors’ genetic ancestry; what works for one population may not work for others.

One reason, the researchers suggest, is that for many Americans, self-identity isn’t tied to biology. As an example, President Barack Obama identified only as “black” on the 2010 U.S. Census, despite being open about his mixed heritage to the news media.

The team has a further survey of 100,000 potential donors underway. With this information, they aim to help refine how we collect and interpret self-identification data in medicine and biomedical research, Hollenbach said. “Let’s understand how these different forms of self-identification and genetic ancestry intersect to improve transplant matching for people of all ancestral backgrounds.”