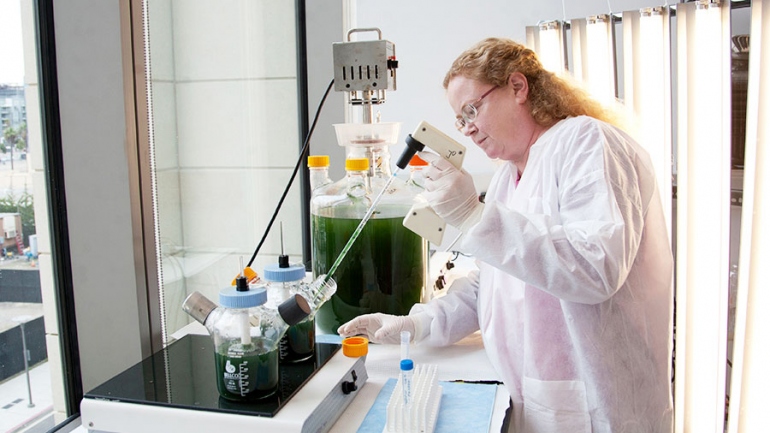 Researcher Julia Becker works with algae in the lab of Nobel laureate Stanley Prusiner, MD, at The Institute for Neurodegenerative Diseases at UCSF. Photo by Cindy Chew

UC San Francisco ranks among the world’s leading research universities for the ninth year in a row, according to the 2015 Academic Ranking of World Universities. UCSF is ranked second among the best schools for clinical medicine and pharmacy, and is in the top 5 schools for life and agricultural sciences.

The rankings, compiled by the Center for World-Class Universities of Shanghai Jiao Tong University, rates more than 1,000 institutions, and the top 500 in each of 5 categories were published online on Aug. 12. In addition to UCSF, eight other University of California campuses landed top spots for various categories.

Scores for each university listed are calculated using indicators that include alumni and staff who have won Nobel Prizes and Fields Medals, highly cited researchers, articles indexed in Science Citation Index-Expanded (SCIE) and Social Science Citation Index (SSCI), and the percentage of research articles published in the top 20 percent of journals in each field.

Since the category was established in 2007, UCSF has ranked second best for clinical medicine and pharmacy. UCSF placed fifth this year in life and agricultural sciences, and it’s the ninth year that it has been in the top 5 schools for this category.

The ARWU rankings underline UCSF’s academic and research strengths as represented by its schools of dentistry, medicine, nursing and pharmacy and the Graduate Division. UCSF also has ranked among the best global universities according to U.S. News and World Report and earns the most research funding from the National Institutes of Health of all public institutions.