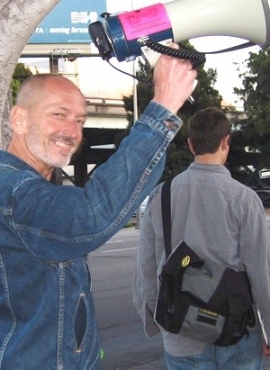 Jim Meko, member of UC San Francisco's Community Advisory Group, died on August 3, following a stroke on July 19. He was 66.

Meko joined the Community Advisory Group in 2001, and made valuable contributions to planning and community outreach. Over the years, UCSF depended on his wisdom, persistence, strategic acumen, and sense of justice while implementing the 1996 Long Range Development Plan, and while preparing the 2014 plan. He also participated in the UCSF Mission Bay Community Task Force process in 2007-2008, where he contributed to the development of groundbreaking principles for community planning.

“Jim was a kind and gentle man, but a bulldog when needed.  Community-based planning was his passion, and we at UCSF have been very fortunate to have benefited from his help and counsel as a CAG member since 2001,” said Barbara Bagot-López, Director, UCSF Community Relations. “We will miss him very much.”

Meko was a founding member of the San Francisco Neighborhood Network in 2003, and had a long-standing commitment to community activism. In 2010, Meko received the NEN Lifetime Achievement Award from the Mayor’s Office of Neighborhood Services for his long involvement with planning issues in the SOMA neighborhood, and helping to oversee the city’s nightlife.

“Jim was a tireless fighter for our community and never gave up in the face of a powerful establishment,” said Dennis Antenore, a member who worked with Meko in UCSF’s Community Advisory Group. “Our city has greatly benefited from his accomplishments. I will miss his smile and his ironic wit.”

Meko is survived by his husband, Roy Carr, and other family members. A public memorial service is planned for Monday, August 17.