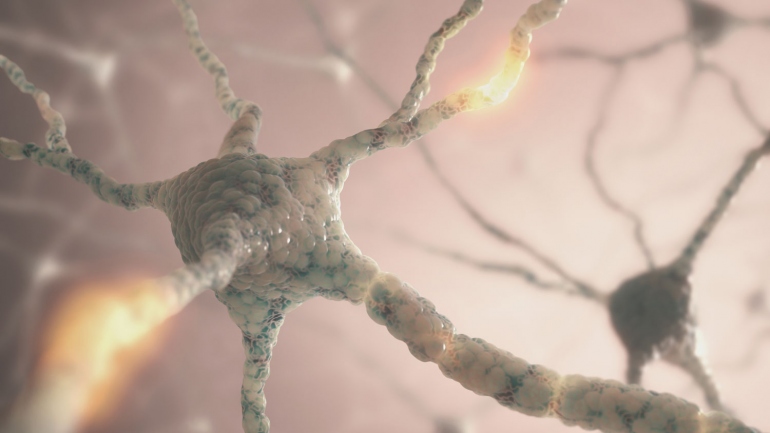 In patients with Alzheimer’s disease, dying brain cells accumulate clumps of proteins that are tough to dissolve. But why neurons fail to take this molecular trash out is still a mystery.

Two groups of UC San Francisco researchers have been awarded Allen Distinguished Investigator (ADI) grants of more than $1 million each from The Paul G. Allen Family Foundation to understand the cellular machinery underlying the neurodegenerative effects of Alzheimer’s disease. The foundation awarded more than $7 million to researchers seeking to uncover the biological roots of Alzheimer's disease. 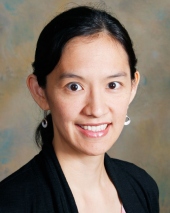 Aimee Kao, MD, PhD, assistant professor of neurology, suspects that one reason for Alzheimer’s disease may be changes in a cell’s pH, or, simply put, its acidity. Researchers have known for years that cellular pH is altered in neurodegenerative diseases, but it wasn’t clear whether this triggered the illness, or resulted from it.

Kao and her collaborators Diane L. Barber, PhD, professor and chair of the Department of Cell and Tissue Biology, Matt Jacobson, PhD, professor of pharmaceutical chemistry and Torsten Wittman, PhD, associate professor of cell and tissue biology, aim to use their three-year ADI grant of $1.3 million to test this idea.

The researchers plan to use a variety of approaches –model organisms, computational models and patient tissue-derived stem cells – to understand how a cell’s pH disrupts protein functions. In addition, they aim to find out if restoring normal pH might be sufficient to restore normal function and alleviate symptoms of Alzheimer’s disease. “Although this is still a challenging area to study, we think it may have significant implications on the development of Alzheimer’s disease,” said Kao.

Using a “systems pharmacology” approach, the group plans to analyze 500,000 drug compounds to understand how they influence networks of genes controlling disease processes in cells. They also plan to use functional genomics and a zebrafish model of Alzheimer’s disease to understand how cells handle neurodegenerative processes.

“Few researchers in the field so far have combined such broad, unbiased views of what the cell might be doing when it’s trying to deal with these neurodegenerative processes,” said Keiser.

Keiser compares these strategies to focusing on musical chords rather than individual notes. Rather than homing in on a single gene or protein, studying a chord – or group of genes – creates a clearer picture of the complexity of Alzheimer’s disease. The systemwide view can help spot disease-related genetic patterns, or understand how certain drug combinations, or ‘therapeutic chords’, might be more or less effective in specific groups of patients.

“Because we use studies of human pharmacology to mine such information, we can apply the ‘therapeutic chords’ we find to directly predict patients’ drug responses or adverse reactions,” said Keiser.