A blood-borne molecule that increases in abundance as we age blocks regeneration of brain cells and promotes cognitive decline, suggests a new study by researchers at UC San Francisco and Stanford School of Medicine.

The molecule in question, known as beta-2 microglobulin, or B2M, is a component of a larger molecule called MHC I (major histocompatibility complex class I), which plays a major role in the adaptive immune system. A growing body of research indicates that the B2M-MHC I complex, which is present in all cells in the body except red blood cells and plasma cells, can act in the brain in ways not obviously related to immunity – guiding brain development, shaping nerve cell communication, and even affecting behavior. 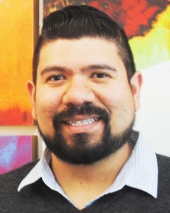 “We are in the process of elucidating the exact mechanism by which B2M works,” said Saul A. Villeda, PhD, a UCSF Faculty Fellow and co-senior author of the new study. “Since B2M increases with age, both in the blood and in the brain, we want to know what is the ‘traditional’ immune contribution to effects on cognition, and what is the non-traditional neural contribution.”

In 2014, highly publicized work in the laboratories of Villeda and Tony Wyss-Coray, PhD, professor of neurology at Stanford, showed that connecting the circulatory system of a young mouse to that of an old mouse could reverse the declines in learning ability that typically emerge as mice age.

Over the course of their long-term research on so-called young blood, however, the researchers had noted an opposite effect: blood from older animals appears to contain “pro-aging factors” that suppress neurogenesis – the sprouting of new brain cells in regions important for memory – which in turn can contribute to cognitive decline.

In the new research, published online on July 6 in Nature Medicine, Villeda and co-senior author Wyss-Coray again joined forces to follow up on these findings, as well as a range of studies correlating high B2M blood levels with cognitive dysfunction in Alzheimer’s disease, HIV-associated dementia, and as a consequence of chronic dialysis for kidney disease.

Members of the Villeda and Wyss-Coray labs first showed that B2M levels steadily rise with age in mice, and are also higher in young mice in which the circulatory system is joined to that of an older mouse. These findings were confirmed in humans, in whom B2M levels rose with age in both blood and in the cerebrospinal fluid (CSF) that bathes the brain.

When the brains of young mice were injected with B2M (right), many fewer new neurons, shown in dark brown, were generated in the hippocampus, a region important for memory, than in control mice (left).

When B2M was administered to young mice, either via the circulatory system or directly into the brain, the mice performed poorly on tests of learning and memory compared to untreated mice, and neurogenesis was also suppressed in these mice.

These experiments were complemented by genetic manipulations in which some mice were engineered to lack a gene known as Tap1, which is crucial for the MHC I complex to make its way to the cell surface. In these mice, administration of B2M in young mice had no significant effect, either in tests of learning or in assessments of neurogenesis.

The group also bred mice missing the gene for B2M itself. These mice performed better than their normal counterparts on learning tests well into old age, and their brains did not exhibit the decline in neurogenesis typically seen in aged mice.

Effects of B2M Are Reversible

Villeda emphasized that the effects on learning observed in the B2M-administration experiments were reversible: 30 days after the B2M injections, the treated mice performed as well on tests as untreated mice, indicating that B2M-induced cognitive decline in humans could potentially be treated with targeted drugs.