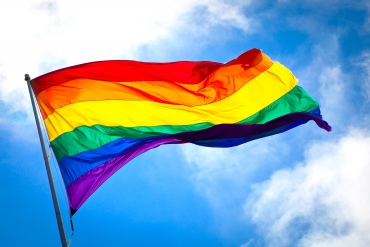 Beginning this fall, the University of California will provide students with the option to voluntarily self-identify their sexual orientation and gender identity on the undergraduate admission application to help the university better understand and meet the diverse needs of its students.

The data will be used to help guide decisions such as allocating resources and developing programs as part of the university’s ongoing commitment to ensure campuses are welcoming and inclusive for lesbian, gay, bisexual, and transgender (LGBT) students, faculty, and staff. As with other demographic questions on the admission application, these do not affect a student’s eligibility for admission.

The university will also require new buildings and facilities undergoing major renovation to include gender-neutral facilities, including restrooms and changing rooms, starting July 1.

In addition, the university is initiating a two-year project designed to coordinate and promote interdisciplinary study of genders and sexualities across the UC system. The project will include convening UC stakeholders to identify ways to advance student learning about LGBT issues, and conclude with a system-wide symposium that will showcase research from students and faculty in the field of genders and sexualities.

“UC is working hard to ensure our campuses model inclusiveness and understanding,” said UC President Janet Napolitano. “I’m proud of the work we’ve done so far, but it doesn’t stop there — we must continue to look at where we can improve so everyone at UC feels respected and supported.”

The measures grew out of the 2014 recommendations from the UC Task Force and Implementation Team on Lesbian, Gay, Bisexual and Transgender Climate and Inclusion. In June 2014, President Napolitano formed a 15-member system-wide council to advise her on LGBT issues and charged the group with refining the details of the recommendations for implementation.

While UC campuses have been listed among the top LGBT-friendly colleges in the country, the university has continued to look for improvements.

In 2014, UC began adjusting its student record systems to allow students to indicate a preferred name to appear on campus records along with their legal name. And many campuses have already begun converting single-stall restrooms into gender-neutral facilities in existing buildings, where practicable.

The advisory council, which is made up of UC students, faculty, and staff, as well as community experts on LGBT issues, will refresh its membership this summer to ensure new ideas and perspectives as it moves into a second year.