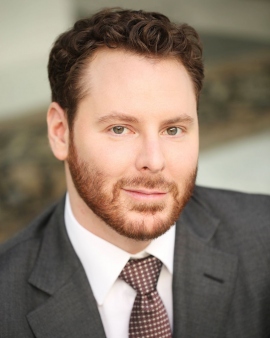 Sean Parker, a Silicon Valley entrepreneur and philanthropist, has donated $4.5 million to UC San Francisco (UCSF) to launch a research program directed by Sir Richard Feachem on innovative and aggressive approaches against the mosquito that transmits malaria. The program will complement UCSF’s longstanding efforts to develop better tools and sustain financing for malaria elimination efforts around the world.

“Malaria was successfully eradicated in the western world, and we know that elimination is possible. While incredible strides have been made in combating the disease, we must be relentless to reach the ultimate goal: a world where humanity no longer has to endure the suffering inflicted by this disease,” Parker said. “I’m confident that under the leadership of Sir Richard, this research effort will explore the efficacy of underutilized tools and transform the approaches we use to finally eradicate malaria.”

Malaria deaths dropped by nearly half between 2000 and 2013, according to the World Health Organization. Despite this remarkable achievement, there were still nearly 200 million malaria cases and approximately 600,000 malaria-related deaths in 2013. As the malaria community sets its sights on global malaria eradication, bold research and additional investment are urgently needed to identify and prioritize new or underutilized tools against the Anopheles mosquito that transmits the disease.

“Countries around the world are working tirelessly to fight malaria, and they require a larger arsenal of effective tools,” said Feachem, KBE, FREng, DSc(Med) who directs the Global Health Group at UCSF’s Global Health Sciences. “With the generous and enthusiastic support from Sean Parker, and with the help of our many partners worldwide, we will explore radical new approaches to control the Anopheles mosquito. Our goal is to accelerate progress towards a malaria-free world.”

The challenges are significant. About 40 of the 430 species of Anopheles mosquito efficiently transmit malaria. And, since each species has distinct ecological and biological characteristics, no universal solution for mosquito control exists. Insecticide-treated mosquito nets and indoor spraying are effective, but mosquitoes are developing resistance to the insecticides. Bed nets and indoor spraying also do not stop mosquitos that live and bite outside. 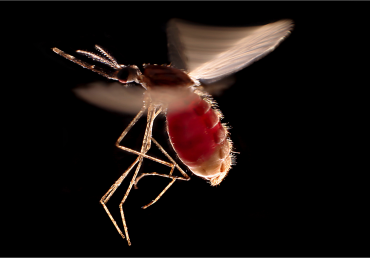 “Our progress on malaria over the past decade has been remarkable, with the global malaria mortality rate down by almost 55 percent, and for children in Africa by a remarkable 69 percent. A future where no child dies from malaria is in sight,” said Ray Chambers, the UN Secretary-General’s Special Envoy for Financing the Health Millennium Development Goals (MDGs) and for Malaria. “However, the only way to end deaths from malaria forever, is to end malaria forever. Sean Parker's deep commitment to invigorate the approaches available to end this disease, together with Sir Richard’s visionary leadership, will undoubtedly strengthen our resolve.”

The new research program, led by the UCSF Global Health Group’s Malaria Elimination Initiative, will look beyond bed nets and indoor spraying to other interventions and methods – some old, some new – that have the potential to radically increase the effectiveness of mosquito control efforts.

Getting to zero: These maps by the Malaria Elimination Initiative show the current state of malaria elimination worldwide, and the targeted state in 10 years. Click on the image to see larger.

Examples include improved housing materials, environmental engineering, aerial insecticide spraying to kill mosquito larvae, and new tools under development, such as transgenic mosquitoes, fungal biopesticides, and nanoparticle insecticide delivery that controls the release of insecticides over time or by using triggers such as rainfall or temperature.

UCSF researchers will also learn from other efforts against mosquito-borne diseases, such as dengue and chikungunya. The Global Health Group will engage a wide range of entomological, epidemiological and modeling experts from California and around the world to advance this work.

Since 2007, the UCSF Global Health Group has been at the forefront of a renewed global effort to eliminate malaria. With effective interventions, adequate financing and political commitment, the Global Health Group believes that global malaria eradication is possible within the next 25 years. Learn more about the Malaria Elimination Initiative.