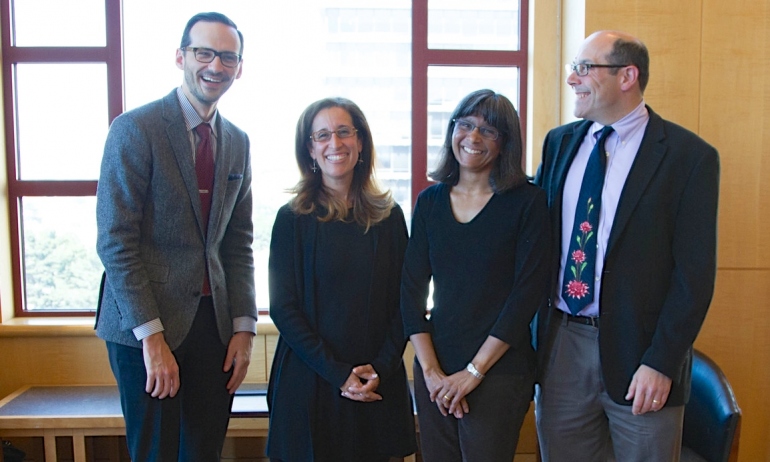 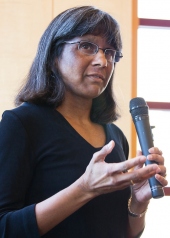 The 2015 recipient of the Academic Senate Distinction In Mentoring Award for faculty at the associate rank is Anita Sil, MD, PhD, associate professor of Microbiology and Immunology.

“I was thrilled to win the Academic Senate Distinction in Mentoring Award at the Associate Professor level,” she said. “The most significant experience was reading the letters of nomination that people were kind enough to share with me. I am quite honored by their thoughts and will treasure those letters always. I do think it’s the 'UCSF way' to support each other, and am equally grateful for the mentoring I have received from faculty, staff, post-docs, and students.” 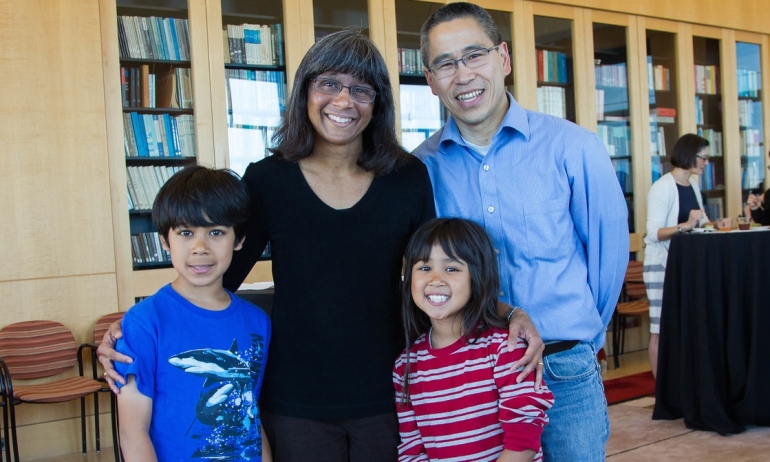 Anita Sil, MD, PhD, celebrates her moment at the Academic Senate awards ceremony with her husband and children. Photo by Susan Merrell

The 2015 recipient of the Academic Senate Distinction In Mentoring Award for faculty at the rank of full professor is Stuart Gansky, MS, DrPH, professor of Oral Epidemiology & Dental Public Health. 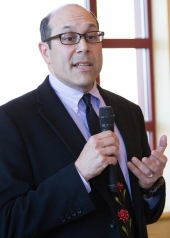 “I want to thank my first mentors – my parents, Rose and Jack Gansky – for instilling in me to always treat people with respect and dignity,” he said. “And I want to thank my wife Karen, a special education teacher, who has supported me throughout my career and who has been a mentor to me especially in teaching. I am grateful to UCSF for providing me with an opportunity to do work worth doing.”

In his acceptance speech, Gansky also acknowledged some of his early mentors at UCSF, including Jane Weintraub, John Featherstone, Peggy Walsh, and Barbara Gerbert, who helped him learn and grow. He also credited Sally Marshall, former vice chancellor, academic affairs and faculty development, for emphasizing the importance of mentoring on campus and elevating the stature of mentoring.

Gansky then dedicated his mentoring award to a former student of his wife’s who passed away on the morning of the award ceremony, after a long, painful struggle with osteosarcoma.

“He taught me great life lessons about the importance of love, family and support,” Gansky said. “He showed me the importance in finding joy every day in life even when facing the biggest challenges.” 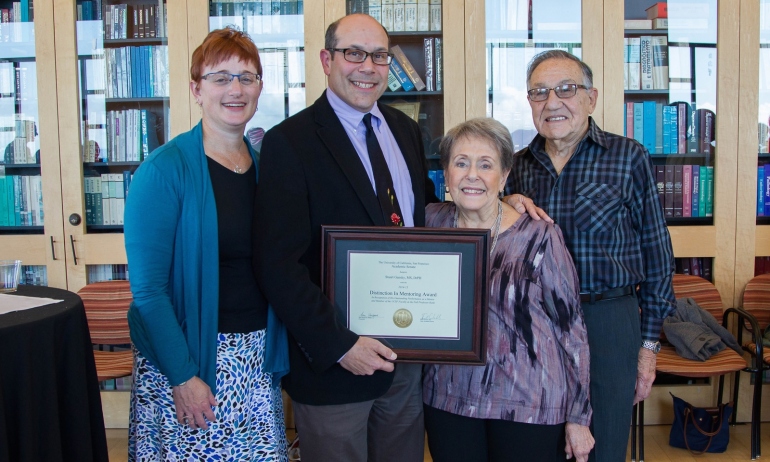 Stuart Gansky, MS, DrPH, stands with some of his personal mentors at the Academic Senate awards ceremony, which was held at the Lange Room of the UCSF Library. Photo by Susan Merrell

For 2015, the Academic Senate Distinction in Teaching Award for faculty at UCSF five years or fewer goes to David M. Naeger, MD, assistant professor of Clinical Radiology and Biomedical Imaging. He is also a member of the UCSF Academy of Medical Educators. 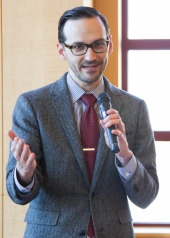 “I’m still so surprised and honored to have received such an award,” he said. “UCSF has so many talented educators, many of whom have been my instructors and mentors over the years. Many people at this institution deserve high praise for their tireless dedication to teaching, and I’m humbled to be considered one of them.”

Naeger considers this award to be a strong statement to “keep going.” He said he really enjoys working within his department to improve the courses they offer, and recently he has been collaborating more and more with colleagues outside the department, particularly on helping develop parts of clinical curriculum that will fit into the overarching new curriculum being planned for the School of Medicine. 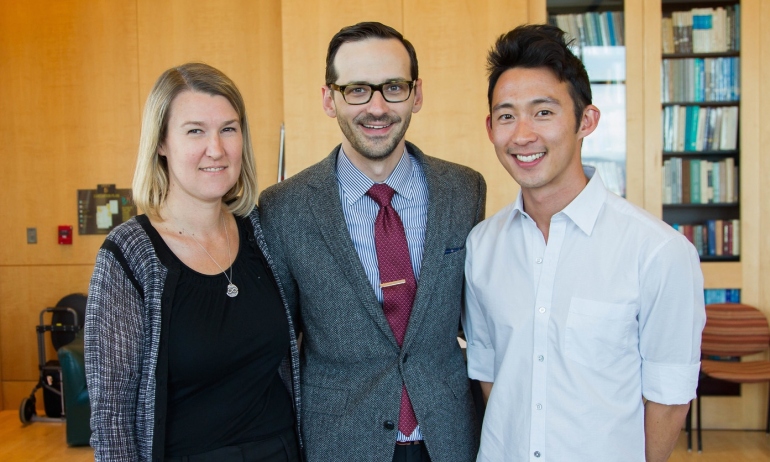 David M. Naeger, MD, poses for a photograph with colleagues Emma Webb, MD, with the Department of Radiology, and Daniel Kim with the Gladstone Institute. Photo by Susan Merrell

The 2015 Academic Senate Distinction in Teaching Award for faculty at UCSF more than five years goes to Katherine Julian, MD, professor of Clinical Medicine, Division of General Internal Medicine. She is also a member of the UCSF Academy of Medical Educators. 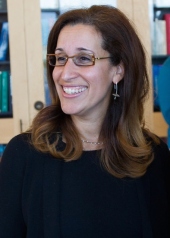 Julian is a School of Medicine alumna (Class of 1996), who has been with UCSF for more than 20 years. She specializes in internal medicine and is based at UCSF Medical Center at Mount Zion.

Julian said she has been very fortunate to be surrounded by wonderful educators, which is part of the reason UCSF is so special to her. 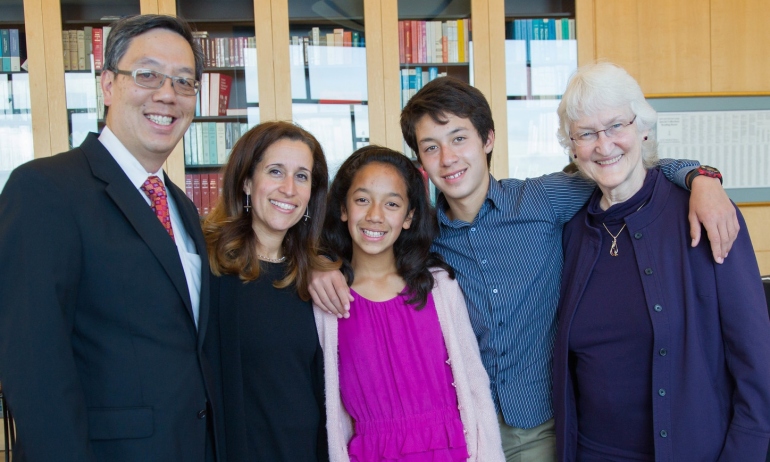