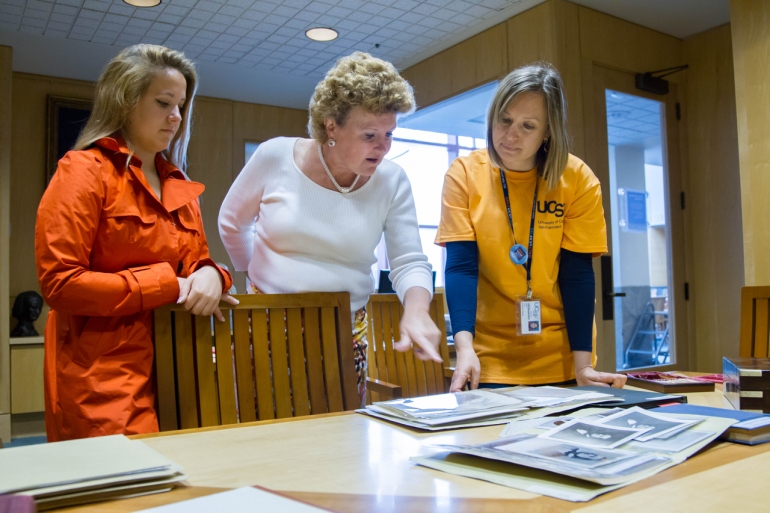 Suzanne Carlisle Vick gently caressed an old back-and-white portrait of a stern-looking man sporting a regal chin beard. Her eyes eagerly scanned his face for any traces of familiarity.

“He’s got my dad’s eyes and the mouth structure is very similar,” said the South Carolina native, of her great-great-granduncle Hugh Toland, a surgeon who founded Toland Medical College, a predecessor of UC San Francisco. She was looking at some historic artifacts during her recent visit to UCSF.

Carlisle Vick hadn’t heard too much about her intrepid ancestor while growing up. All she was told was that Toland studied at a university in Paris. Then about 15 years ago, she decided to Google his name and found a treasure trove of information, strengthening pride in and fueling her curiosity about her ancestry.

“Whenever I go to the doctor’s office, I’ll say, ‘Did you go to California to study? Because my great-great-granduncle started a medical school in San Francisco and it’s now UCSF, one of the best health care institutions in the country,’” Carlisle Vick said.

She learned that her great-great-grandmother’s brother, Hugh Huger Toland, the son of a South Carolina planter and banker, worked for a town doctor at the local apothecary shop as a teenager, which sparked his interest in medicine. Toland became the valedictorian of his medical school at Transylvania University in Lexington, Kentucky, finishing first in a class of 160. He then traveled to France for postgraduate study at Pitié-Salpêtrière Hospital, a prestigious teaching hospital in Paris. 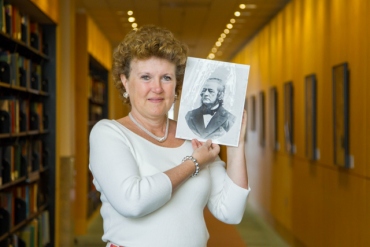 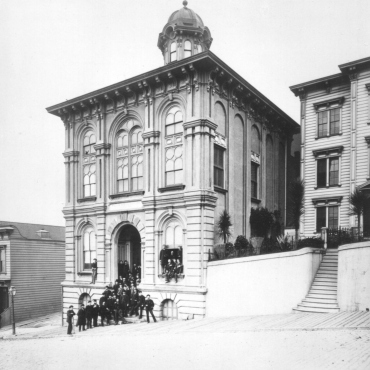 This is the site of the original Toland Medical College in the North Beach neighborhood of San Francisco, at Stockton and Francisco. Photo courtesy of the UCSF Library

In 1833 Toland returned to Columbia, South Carolina, where he opened a highly successful surgical practice. The lure of the California Gold Rush and the need to bring his ailing wife west to dryer climate, prompted him to move his family including two daughters across the country in 1852 at the age of 46. He eventually landed at Mokelumne Hill in Calaveras County, where he set up a quartz mill. His wife died soon after they arrived and when mining didn’t yield the riches he desired, he moved to the bustling city of San Francisco to set up a medical practice.

Toland quickly became a well-respected surgeon, and in 1864, he founded the Toland Medical College in North Beach. He had high hopes for the school, declaring it should "spring into usefulness and become an ornament to the city and an honor to the state." His school was transferred as an unconditional gift to the University of California in 1873 and relocated to Parnassus Heights. The gift eventually evolved into UCSF.

“It was fascinating to learn the way he came across the country and read about the hardships he endured along the way,” Carlisle Vick said. “Your heart goes out to him, living in a new place with no help, trying to run a medical practice while raising two daughters by himself.”

Carlisle Vick wanted to get a better sense of her family history. That’s why she made the 2,800-mile journey from South Carolina to California, a first for her.

“I mapped out everything,” she said. “I got (Toland’s) street address. I wanted to stand where he stood, and see what he saw every morning.”

Toland and Carlisle Vick are both from Newberry, South Carolina, a small city with a population in the mid-1800s that was less than 2,300. Its population is now just over 10,200.

“It’s mind-blowing to think what he accomplished,” Carlisle Vick said. “Newberry is a small town now, and then you think of what it must have been in the 1800s. If it’s little now, what was it back then?” 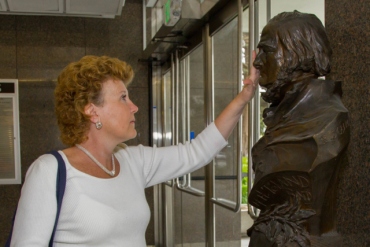 Suzanne Carlisle Vick examines the bust of Hugh Toland, which is located at the entrance of the Medical Sciences Building at the UCSF Parnassus campus. Photo by Susan Merrell 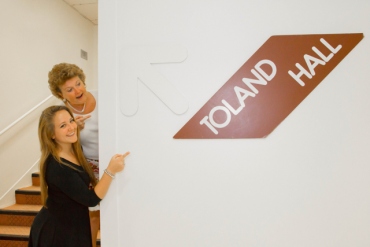 Suzanne Carlisle Vick and her daughter Rachel ham it up at the entrance to Toland Hall. Photo by Susan Merrell

During her visit Carlisle Vick got a tour of UCSF, including viewing some of Toland’s artifacts at the UCSF Library located at the Parnassus campus. UCSF Archivist Polina Ilieva shared historic photos and some of the tools Toland used when he was San Francisco’s leading surgeon.

“And to think you could rise up from being out in the middle of nowhere to starting a major university; it’s unreal,” Carlisle Vick said.

This visit to San Francisco and seeing first-hand the major impact her ancestor has had in San Francisco only intensified her passion for UCSF, now a $5 billion enterprise. Carlisle Vick is very proud of her family legacy, one that her daughter Rachel has heard about since she was a small child.

“I don’t remember not hearing about Hugh Toland,” Rachel said, but then reluctantly admitted, “It’s kind of cool.”

Ned is the most “Toland-esque” of her children, she said. He is studying psychology as an undergrad and he is “very strong-willed.”

Carlisle Vick, at 53, is about seven years older than Toland was when he embarked on a life-changing cross-country journey. There are fewer uncertainties in 2015 than there was in 1852, but Carlisle Vick understands the sense of trepidation and excitement that comes with embarking on a brand new trip to a foreign land filled with anticipation.

“It was worth it and I would do it again in a skinny minute,” she said. “I am so happy I made this trip to see Hugh’s tremendous impact on San Francisco. I’m truly blessed.”

For more internal-facing stories from the UCSF community, please visit Inside UCSF. 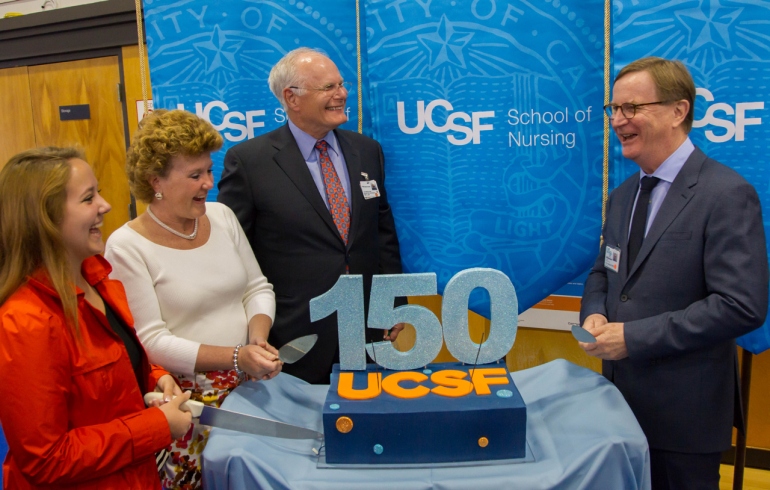