Those extra pounds around your belly that no amount of exercise seems to shake off? That's not just fat; it's what scientists call white fat – unhealthy, energy-storing fat.

Brown fat, however, has been known to contain energy-burning, heat-producing qualities that could be key to helping people lose weight. The key is finding a way to increase brown fat in the body and reduce the white fat. 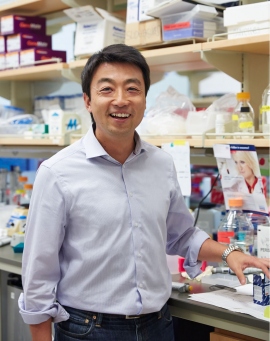 Now a UC San Francisco study has answered those questions: Adults actually have what's known as beige fat, which forms within white fat cells to convert them into brown fat in response to cold and other stresses.

A research team led by Shingo Kajimura, PhD, a UCSF assistant professor of cell and tissue biology, has for the first time isolated beige fat in adult humans and also has found new genetic markers of this beige fat.

“This is very encouraging to us; it brings us closer to engineering fat cells to fight obesity,” Kajimura said.

“We are trying to learn how to convert white fat into brown fat, and until now, it had not been demonstrated that this recruitable form of energy-burning fat is actually present in humans,” he added. Being “recruitable” means white fat can be induced to convert into fat-busting brown cells by the beige fat cells.

UCSF researchers have made significant strides in understanding the potential of brown fat. A team led by Yuriy Kirichok, PhD, discovered how a protein – called uncoupling protein 1 (UCP1) – triggers the biochemical mechanism responsible for brown fat's energy burning. And a team led by Ajay Chawla, MD, PhD, found that the immune system, rather than the nervous system, could be the key to triggering fat burning by looking at how a person shivering in cold weather (an immune response) can end up losing weight. 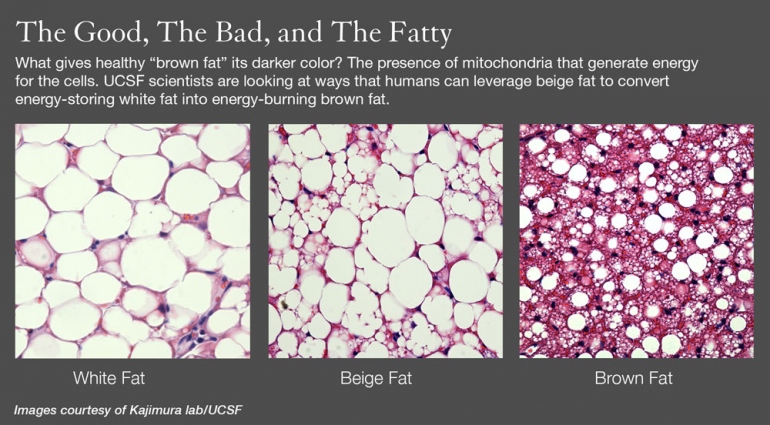 Kajimura and his team made their latest discoveries by isolating and cloning brown fat cells from two adults.

Now they can use these beige fat cell clones as a screening platform to identify and test different molecules that activate the development, differentiation and thermogenic (heat-producing) activity of human brown fat.

“If we have a compound that increases energy expenditure by recruiting new brown fat and activating brown fat thermogenesis, then it might work synergistically with conventional anti-obesity medications,” said Kajimura.