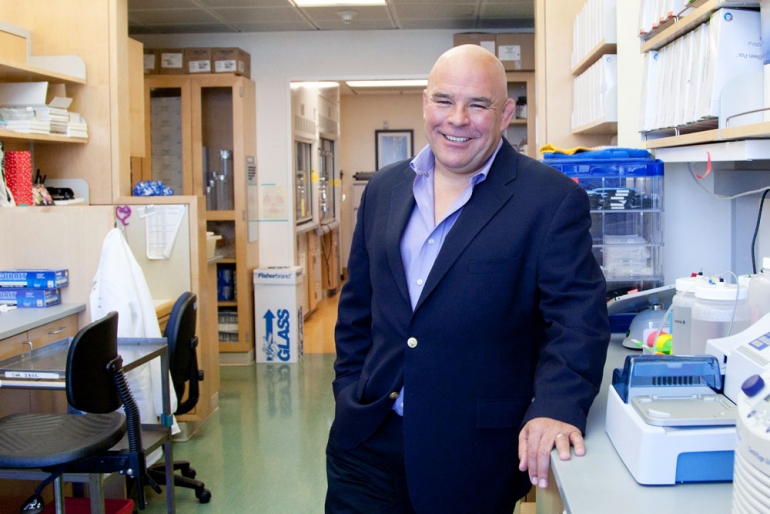 UCSF’s Esteban Burchard, MD, MPH, has been appointed to an expert panel advising the National Institutes of Health (NIH) on how to develop President Barack Obama’s Precision Medicine Initiative.

The $215 million initiative, announced by Obama earlier this year, aims to gather and analyze vast amounts of genetic and other patient data to develop more targeted, personalized therapies for treating diseases in the future.

The panel, composed of medicine, technology and policy leaders, will guide the NIH in its efforts to build a group of at least 1 million American volunteer research participants who will confidentially share their genetic, environmental, lifestyle and behavioral information with qualified researchers.

Burchard, a professor of bioengineering in the UCSF School of Pharmacy whose specialty is how genetic ancestry affects drug response, said he was asked to be on the panel because of his expertise in applying precision medicine to minority children with asthma. He has recruited the largest pediatric gene-environment study of asthma in minority children in the U.S. Since 2004, more than 95 percent of all NIH funded clinical research has been performed in populations of European origin, even though it’s well known that ancestry affects both disease susceptibility and drug response.

Treatments Tailored to a Patient's Genes

Burchard has been conducting genomic research for more than a decade, completing the most comprehensive study of asthma in the United States, collecting the genetic, socioeconomic and environmental information of more than 10,000 patients.

Beyond simply finding which genes are associated with severe asthma, Burchard is studying the role a person’s genes play in determining how he or she responds to existing asthma medications.

He’s finding that genetic factors are the strongest predictor of drug response – more influential than air pollution or social factors – and some of the most severe asthma sufferers don’t respond well to common asthma drugs. Using this genetic knowledge to develop better, more targeted drugs to an individual’s specific disease profile is the promise of precision medicine.

“Forget notions of race and ethnicity. When you know specific genes involved in disease and can genetically test each individual, that’s the most effective way to identify the risk factor and the treatment,” said Burchard.

The working group panel will deliver a preliminary report in September 2015 to accelerate the launch of this national study of individual differences that influence health and disease outcomes. The group will gather input from patients and the scientific community through public workshops on precision medicine topics, including privacy, electronic health records, mobile health technologies, existing research cohorts, participant preferences, and inclusion of minority and underserved populations.

The plan is the outgrowth of a 2011 report from a National Academy of Sciences expert committee recommending the creation of a biomedical “knowledge network”  that would allow scientists to gather and mine vast amounts of patient data, with the goal gaining insights into the genetic and molecular basis of disease.

The committee was co-chaired by then-UCSF Chancellor Susan Desmond-Hellmann, MD, MPH, and also included two other members of the UCSF faculty – Keith Yamamoto, PhD, vice chancellor for research, and Bernard Lo, MD, professor of Medicine Emeritus and director of the Program in Medical Ethics Emeritus at UCSF.

Desmond-Hellmann, now CEO of the Gates Foundation, is also serving on the President’s prestigious working group.

“I’m confident that we’ve pulled together the best of the best in this working group to put us on the right path forward,” said NIH Director Francis S. Collins, MD, PhD.

“Establishing a 1 million person cohort is an audacious endeavor, but the results from studying such a large group of Americans will build the scientific evidence necessary for moving precision medicine from concept to reality.”