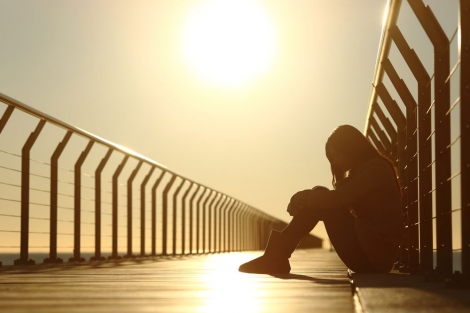 Nearly 86 percent of patients who seek treatment for Tourette syndrome (TS) will be diagnosed with a second psychiatric disorder during their lifetimes, and nearly 58 percent will receive two or more such diagnoses, according to a new study led by researchers from UC San Francisco and Massachusetts General Hospital (MGH).

It has long been known that TS, which emerges in childhood and is characterized by troublesome motor and vocal tics, is often accompanied by other disorders, especially attention-deficit hyperactivity disorder (ADHD) and obsessive-compulsive disorder (OCD). In many patients these “comorbid” conditions cause more distress and disability for patients than TS tics themselves.

But the size and rigor of the new study, conducted by an international group of researchers known as the Tourette Syndrome Association International Consortium for Genetics (TSAICG), provides the most comprehensive and reliable picture of TS comorbidities to date, said Carol A. Mathews, MD, professor of psychiatry at UCSF and co-senior author of the new report published in the February 11, 2015 online edition of JAMA Psychiatry.

“This is the biggest data set of its kind that I know of,” Mathews said. “We’ve interviewed thousands of people and collected a huge wealth of clinical data, which has given us the opportunity to say something meaningful about the clinical presentation of Tourette syndrome.”

The new findings should prove useful to neurologists who often treat TS patients but may not be aware of the full spectrum of possible psychiatric comorbidities seen in the disorder, said co-senior author Jeremiah Scharf, MD, PhD, of the MGH Psychiatric and Neurodevelopmental Genetics Unit (PNGU), an assistant professor of neurology at Harvard Medical School.

“The origin of TS is in a part of the brain that is the overlap between neurology and psychiatry,” said Scharf. “Knowing the range of diagnostic possibilities and forming collaborative teams with psychiatrists is important to successfully treat TS.”

Led by first authors Matthew E. Hirschtritt, MD, MPH, a psychiatry resident at UCSF, and Paul C. Lee, MD, MPH, a former postdoctoral fellow at the MGH PNGU, the researchers analyzed diagnostic data for more than 1,300 TS patients gathered in consistent, highly structured interviews completed over the 16-year period from 1992 to 2008. In addition, to determine how comorbid conditions that are frequently seen in TS patients might run in families, the analysis also included diagnostic information from parents, siblings, and other relatives unaffected by TS.

As expected, the report found that ADHD and OCD are common among those with TS. Seventy-two percent of the TS patients studied received one of these two diagnoses, and nearly one-third were diagnosed with both ADHD and OCD. ADHD was seen to emerge as early as age 5 in TS patients, and OCD before 10 years of age.

“Anxiety and depression, which in the general population often emerge in adolescence and adulthood, are more likely to emerge early in life with TS, sometimes as early as age 5,” said Scharf. “Social anxiety and ADHD often start in TS patients before tics even arise, which emphasizes the importance of screening young patients for these conditions.”

The researchers found relatively low rates of other psychiatric conditions, including eating disorders, psychosis and substance abuse, among TS patients.

Mathews and Scharf cautioned that their results are potentially skewed because many TS patients never seek medical attention for the disorder.

“This is a somewhat biased sample, because the patients we studied came to a clinic or through the Tourette Syndrome Association. People who come to a clinic for treatment tend to have more severe TS or they have other psychiatric symptoms,” said Mathews. “But this work still gives clinicians a good idea of what they should be on the lookout for.”