Distinguished UC San Francisco research scientist and faculty member Bruce Alberts, PhD has been chosen by the American Association for the Advancement of Science (AAAS) to receive the 2014 Philip Hauge Abelson Prize.

Alberts—president emeritus of the National Academy of Sciences and a former editor-in-chief of the journal Science—was honored by AAAS for advancing science in society through his “exemplary leadership and creativity in science and technology for the national welfare,” for “inspiring young people to pursue distinguished careers in the sciences,” and for “opening new frontiers in education and public policy.” 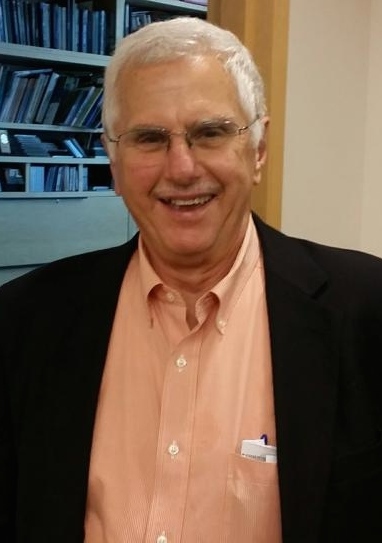 At UCSF where he has worked since 1976, Alberts serves as Chancellor’s Leadership Chair in Biochemistry and Biophysics for Science and Education. One of the first three U.S. Science Envoys (2009-2011), Alberts was awarded the National Medal of Science by President Barack Obama in 2014. He is one of the original authors of the preeminent textbook, The Molecular Biology of the Cell. He served two six-year terms as president of the National Academy of Sciences (1993-2005), and for nine years (2000-2009), he also chaired the InterAcademy Council, an organization dedicated to providing scientific advice globally, governed by the presidents of 15 national academies of sciences.

The Abelson Prize was inspired by the late Philip Hauge Abelson, long-time senior advisor to AAAS and editor of Science. Abelson, who served as president of the Carnegie Institution of Washington, died 1 August 2004, following more than 60 years of service to science and society. The award is given annually to either a public servant, in recognition of sustained exceptional contributions to advancing science, or to a scientist whose career has been distinguished both for scientific achievement, and for other notable services to the scientific community. Established in 1985 by the AAAS Board of Directors, the award consists of a commemorative medallion and an honorarium of $5,000.

“There are few other scientists with comparable scientific credentials who have contributed more to the exploration, mapping, promotion of, and advocacy for the importance of science education at both the pre-college and postsecondary levels in the United States than Dr. Alberts,” said Jay B. Labov, senior advisor for education and communication of the National Academies, in a nomination letter.

Citing  numerous accomplishments, including the establishment of the Center for Education within the National Research Council (NRC), and the National Academies’ Christine Mirzayan Science and Technology Graduate Fellowship Program, Labov added that Alberts’ “has woven public service deeply, seamlessly, and inextricably into his work and throughout his work and life.” As an example, Labov noted that Alberts’ oversaw the preparation of the NRC’s influential National Science Education Standards for Grades K-12. He also set up the National Academies Teacher Advisory Council, which brings together master teachers in science, mathematics, and technology to help improve U.S. science education.

Alberts received his Bachelor’s degree and then his Ph.D. in biochemistry from Harvard University in 1960 and 1965, respectively. He worked as a National Science Foundation (NSF) postdoctoral fellow in biophysics in 1965-66, before joining the faculty at Princeton University, where he became the Damon Pfeiffer Professor in Life Sciences in 1973. Three years later, he moved to UCSF, initially as a Professor and vice Chairman of the Department of Biochemistry and Biophysics. From 1 March 2008 until 1 July 2013, Alberts was editor-in-chief of Science, published by AAAS, where he helped to launch science-education initiatives such as Science in the Classroom, a collection of freely available learning exercises and annotated Science research articles. He is the recipient of numerous honorary degrees and awards, including the Vannevar Bush Award for public service in science and technology, bestowed by the NSF’s National Science Board. He has served on the advisory boards of more than 25 nonprofit organizations.

The Abelson Prize will be bestowed upon Alberts during the 181st AAAS Annual Meeting in San Jose, California, 12-16 February 2015. A ceremony and reception will be held in Room 220C of the San Jose Convention Center on Friday, 13 February at 6:15 p.m.