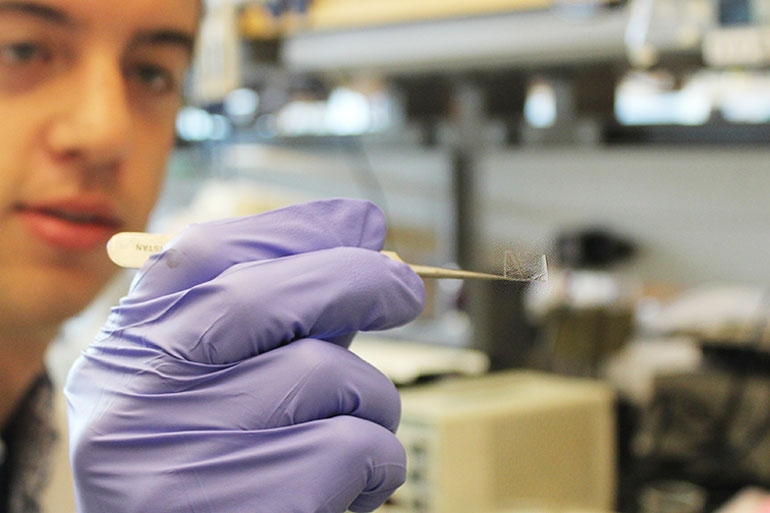 Kevin Lance, a graduate student in Tejal Desai's lab, holds up a tiny "wrap" that could be placed around an artery or vein and slowly release a fish oil-derived drug to prevent vascular scarring. Photo by Kathleen Masterson

Every year, more than a half-million Americans undergo procedures to have a narrowed coronary artery propped open with a small metal mesh tube, or stent. The procedure is common for certain patients who’ve experienced a heart attack or other arterial blockages, and it helps to restore blood flow.

But in about one in four cases (one in three if it's your leg artery), the vasculature tissue starts renarrowing again after the procedure, effectively regrowing the blockage. The problem of excessive vascular scarring isn’t limited to stents, but also affects many other common procedures such as angioplasty, bypass surgery, and placement of fistulas or grafts for patients on dialysis.

“When we operate on an artery it always causes an inflammatory reaction and a subsequent scarring response just like anywhere else on your body, even the skin,” said Michael S. Conte, MD, chief of Vascular & Endovascular Surgery at UCSF. 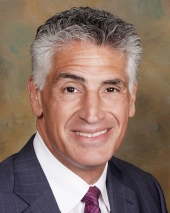 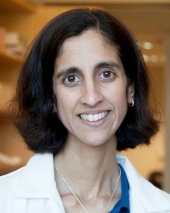 If this inflammation continues, the cells surrounding the tiny metal cage still treat the area as injured, and ultimately grow back in.

But a common class of naturally occurring molecules from fish oil could change all that.

It turns out that when the body heals naturally it’s a two-step process: first it generates compounds to promote inflammation, and when those wane, the body sends in a second set of compounds that actively stops inflammation.

These anti-inflammation signaling compounds are derived in the body from dietary fish oil, and Conte and collaborators Charles Serhan of Harvard University and Tejal Desai, PhD, chair of the UCSF Department of Bioengineering and Therapeutic Sciences, are using them to develop treatments to prevent ongoing inflammation in blood vessels.

Desai has been working on stents from a different angle; her lab at the School of Pharmacy focuses on therapeutic microtechnology and nanotechnology. If successful, their collaboration could help prevent arteries and veins from closing up again after surgeries, such as a stent implant or an angioplasty, a procedure where a balloon is temporarily inserted into the artery or vein to open it up.

Interdisciplinary collaboration like that of Desai and Conte is key to translating academic research into tangible innovations. Partnering with industry is also vital in getting technologies to patients: UCSF’s Innovation, Technology and Alliances supports hundreds of researchers to make science come alive by procuring licenses, partnering with industry sponsors and filing patents.

ITA helped Conte and Desai file a patent for their combination drug-device approach. Theirs is one of 48 patent filings this fiscal year, while overall UCSF holds a total of 631 active patents. Additionally, ITA negotiated nearly 400 industry-sponsored research deals and new clinical trial agreements.

Conte and Desai also won an NIH grant that specifically funds promising vascular research that could be translated into a medicinal use. The grant keeps them on a tight timeline to get their product up to speed for testing in humans.

To date, Conte has shown the drug reduces vascular scarring in mice and rabbits after they undergo an angioplasty. Not only did the drug lead to less scar tissue build-up, but they found a reduction in the presence of white cells weeks later, suggesting healing was accelerated.

With the help of UCSF's Innovation, Technology & Alliances team, the researchers have filed a patent for their combination drug-device approach.

The next challenge is to get the biolipid drug to the injured area, and to control its release slowly over time.

A Banner Year for Translational Science

That’s where Desai’s lab comes in. Her team is building stents with unique geometric surfaces that can actually reduce scarring and re-blockage because of its surface texture alone. That’s because certain geometric patterns can encourage or discourage cells from sticking to them; in the case of a stent, the goal is to create a nanotextured surface that repels the smooth muscle cells, keeping them from growing on its surface.

Not only that, but Desai is finding that this unique surface, which looks a bit like nano-sized corral, also naturally absorbs the biolipid drug.

“On the surface of these stents are these little tube structures,” said Desai. “Basically we just drop the drug onto the tubes and it seeps in.”

This means no artificial carrier chemicals are required to load the stent with the lipid drug. And so far, it appears that because the nano-tubes are so small, the drug effectively takes days to weeks to leach out into the body, which could be fairly aligned with the ideal rate of delivery.

Desai’s lab is also developing a thin film or “wrap” as another possible method of delivering the biolipid drug to an injured vein or artery.  It looks a piece of plastic wrap about the size of an infant’s fingernail, and it’s designed to wrap around the injured vessel like a hot dog bun, and deliver the drug through the vessel wall.

“The interesting thing about this is that it’s a biodegradable wrap, so it sits on outside, delivers the drug and then disappears; versus the stent which is something that’s going to stay there permanently,” said Desai.

This new combination drug-device approach has implications for all kinds of vascular surgeries throughout the body.

Increasing numbers of Americans are requiring stent surgeries in the legs due to peripheral arterial disease; those with diabetes are at higher risk. Leg stents also have a much greater failure rate than coronary stents, and they are often much longer: they range from 5 to 40 centimeters in length.

In the leg, because the prevalence of disease is so high, the number of procedures has been climbing dramatically, according to Conte.

“The costs are so huge. If you’re doing angioplasty or stenting in a leg artery, overall, the failures rates can be as high as 40 to 50 percent within a year,” he said. “People’s leg arteries renarrow frequently after treatment, and they come with recurrence of symptoms such as leg pain and difficulty walking. And they’re getting multiple procedures, it’s a very common condition.”

Some 8 to 10 million Americans are estimated to have peripheral arterial disease, according to the American Heart Association.

Conte said the beauty of using these biolipid drugs is that they’re easily absorbed into the body, and if integrated into a stent or a biodegradable film they can be applied right to the injury.

“So from a surgical standpoint, this idea has huge potential,” said Conte. “Excessive inflammation is a problem throughout the field of surgery. The development of devices or films we could lay in surgical field, that could locally deliver these non-toxic, naturally occurring compounds in the relevant doses to improve healing is really attractive.”