UC San Francisco’s Seth Holmes, MD, PhD, has won the Margaret Mead Award, which is presented to a younger scholar for a particular accomplishment, such as a book, film, monograph, or service, which interprets anthropological data and principles in ways that make them meaningful to a broadly concerned public.

The award, offered jointly by the American Anthropological Association (AAA) and the Society for Applied Anthropology (SfAA), is designed to recognize a person clearly and integrally associated with research and/or practice in anthropology. The awardee's activity will exemplify skills in broadening the impact of anthropology -- skills for which Margaret Mead was admired widely. 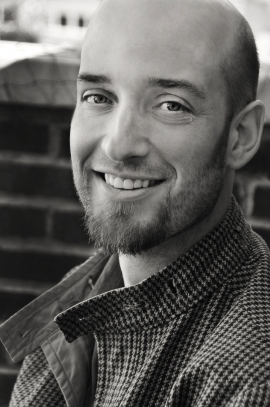 The Margaret Mead Award, initiated by the Society for Applied Anthropology in 1979, and awarded jointly with the American Anthropological Society since 1983, continues to celebrate the tradition of bringing anthropology to bear on wider social and cultural issues.

Holmes is a cultural anthropologist and physician whose work focuses broadly on social hierarchies, health inequalities, and the ways in which such inequalities are naturalized and normalized in society and in health care. He completed his PhD in Anthropology at UC Berkeley, his MD at UCSF, his Internal Medicine Residency at the University of Pennsylvania and his Robert Wood Johnson Health & Society Scholars Program at Columbia University.