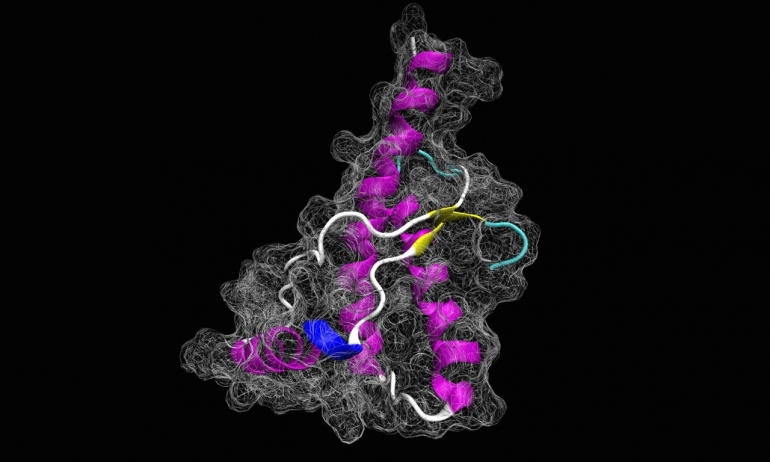 Prions are found on the surface of nerve cells, and misfolding of the protein has been implicated in disease like mad cow disease. This structure shows a similiar protein from fungus in the misfolded amyloid form. Photo courtesy of Giuseppe Legname/SISSA

Overturning an assumption in the field of genetic prion diseases, it turns out that disease does not appear at younger ages with each succeeding generation. In a paper published on October 2 in the American Journal of Human Genetics, Michael Geschwind, MD, PhD, associate professor of neurology with UCSF’s Memory and Aging Center, and colleagues said the phenomenon, known as anticipation, in which diseases occur 7 to 14 years earlier in children than they did in their parents, is not real.

“This paper should help set this idea of anticipation to rest,” Geschwind told Nature News & Comment, in an article that appeared on Oct. 2.