A team of UC San Francisco researchers has found that a tiny segment of genetic material known as a microRNA plays a central role in the transition from moderate drinking to binge drinking and other alcohol use disorders. 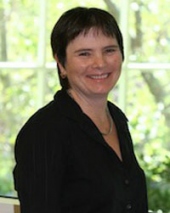 Previous research in the UCSF laboratory of Dorit Ron, PhD, Endowed Chair of Cell Biology of Addiction in Neurology, has demonstrated that the level of a protein known as brain-derived neurotrophic factor, or BDNF, is increased in the brain when alcohol consumed in moderation. In turn, experiments in Ron’s lab have shown, BDNF prevents the development of alcohol use disorders.

In the new study, Ron and first author Emmanuel Darcq, PhD, a former postdoctoral fellow now at McGill University in Canada, found that when mice consumed excessive amounts of alcohol for a prolonged period, there was a marked decrease in the amount of BDNF in the medial prefrontal cortex (mPFC), a brain region important for decision making. As reported in the October 21, 2014 online edition of Molecular Psychiatry, this decline was associated with a corresponding increase in the level of a microRNA called miR-30a-5p.

MicroRNAs lower the levels of proteins such as BDNF by binding to messenger RNA, the molecular middleman that carries instructions from genes to the protein-making machinery of the cell, and tagging it for destruction.

“Our results suggest BDNF protects against the transition from moderate to uncontrolled drinking and alcohol use disorders,” said Ron, senior author of the study and a professor in UCSF’s Department of Neurology. “When there is a breakdown in this protective pathway, however, uncontrolled excessive drinking develops, and microRNAs are a possible mechanism in this breakdown. This mechanism may be one possible explanation as to why 10 percent of the population develop alcohol use disorders and this study may be helpful for the development of future medications to treat this devastating disease.”

One reason many potential therapies for alcohol abuse have been unsuccessful is because they inhibit the brain’s reward pathways, causing an overall decline in the experience of pleasure. But in the new study, these pathways continued to function in mice in which the actions of miR-30a-5p had been tamped down—the mice retained the preference for a sweetened solution over plain water that is seen in normal mice.

This result has significant implications for future treatments, Ron said. “In searching for potential therapies for alcohol abuse, it is important that we look for future medications that target drinking without affecting the reward system in general. One problem with current alcohol abuse medications is that patients tend to stop taking them because they interfere with the sense of pleasure.”

The study was supported by grants from the National Institute on Alcohol Abuse and Alcoholism and from the State of California for medical research on alcohol and substance abuse through UCSF.