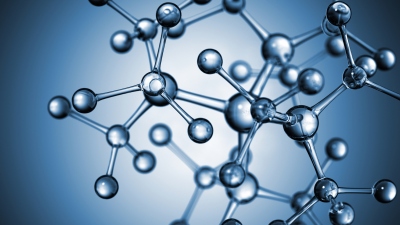 In a new study led by UC San Francisco scientists, a chemical compound designed to precisely target part of a crucial cellular quality-control network provided significant protection, in rats and mice, against degenerative forms of blindness and diabetes.

In addition to opening a promising drug-development path for the wide range of diseases caused by cell loss, the research offers a new view of the workings of the unfolded protein response (UPR), a cellular “life-or-death” signaling network: When cells are under stress, the UPR works to ensure that they produce properly configured proteins, but those cells not up to this task are quickly prompted by the UPR to self-destruct.

A component of the UPR known as the IRE1 pathway has generally been thought to handle the protective aspects of this response, promoting cell survival by providing cells with the biological resources they need to cope with stress, while a complementary pathway, called PERK, has been associated with cell death.

But in the new research, published in the July 10 edition of Cell, when researchers used KIRA6, a small-molecule kinase inhibitor they designed to inhibit the actions of IRE1α – the molecular sensor that triggers the IRE1 pathway – they blocked cell death and preserved function in experimental models of two human diseases.

Advancing the Compound from Animals to Humans

In two rat models of retinitis pigmentosa, a disease in which light-sensing cells in the eye progressively die off, causing blindness, KIRA6 preserved both the number of these cells and visual function. And in mice from a strain known as Akita, which carry a genetic mutation that causes diabetes in early life as stressed insulin-producing beta cells of the pancreas degenerate, KIRA6 protected beta cells from cell death, leading to a two-fold increase in insulin production and improving blood glucose control.

“This is a huge advance in our field,” said co-senior author Scott A. Oakes, MD, associate professor of pathology at UCSF. “On the surface these would seem to be two very different diseases, but IRE1-induced cell death is at the root of both of them.” 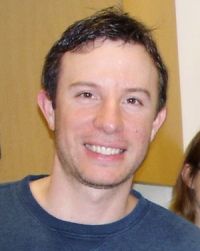 The results are the culmination of “a gigantic project,” first to establish that the IRE1 pathway could drive degenerative disease, and then to design and test compounds to head off the damage, said UCSF’s Feroz Papa, MD, PhD, associate professor of medicine and co-senior author, and a member of the California Institute for Quantitative Biosciences. “It took four years, over a hundred separate experiments in various contexts – not counting replications – and involved 24 researchers working in seven labs across four cities.”

KIRA6 is the latest in a series of compounds (the acronym stands for “Kinase-Inhibiting RNase Attenuators") that were originally designed and synthesized in the labs of study co-authors Dustin J. Maly, PhD, associate professor of chemistry at The University of Washington, Seattle, and Bradley J. Backes, PhD, associate professor of medicine at UCSF. 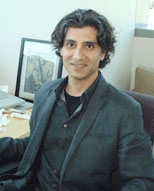 “While KIRA6 showed efficacy in animals,” said Papa, “it is important to stress that more optimization through medicinal chemistry efforts is needed to develop this class of compounds to the stage where they could be tested for efficacy in humans through clinical trials.”

Oakes and Papa said that support from the Cleveland, Ohio-based Harrington Discovery Institute was crucial to sustaining this complex collaboration. Both scientists were 2013 winners of Scholar-Innovator Awards from the Institute, which is part of The Harrington Project for Development and Discovery, a $250 million national model to accelerate the development of medical breakthroughs by physician-scientists into medicines that benefit patients. Other critical support for the work came from the National Institutes of Health, the Juvenile Diabetes Research Foundation, the Burroughs Wellcome Fund, the American Cancer Society, and the Howard Hughes Medical Institute.