In the most comprehensive genetic study of the Mexican population to date, researchers from UC San Francisco and Stanford University, along with Mexico’s National Institute of Genomic Medicine (INMEGEN), have identified tremendous genetic diversity, reflecting thousands of years of separation among local populations and shedding light on a range of confounding aspects of Latino health.

The study, which documented nearly 1 million genetic variants among more than 1,000 individuals, unveiled genetic differences as extensive as the variations between some Europeans and Asians, indicating populations that have been isolated for hundreds to thousands of years.

These differences offer an explanation for the wide variety of health factors among Latinos of Mexican descent, including differing rates of breast cancer and asthma, as well as therapeutic response. Results of the study, on which UCSF and Stanford shared both first and senior authors, appear in the June 13 online edition of the journal Science.

“Over thousands of years, there’s been a tremendous language and cultural diversity across Mexico, with large empires like the Aztec and Maya, as well as small, isolated populations,” said Christopher Gignoux, PhD, who was first author on the study with Andres Moreno-Estrada, MD, PhD, first as a graduate student at UCSF and now as a postdoctoral fellow at Stanford. “Not only were we able to measure this diversity across the country, but we identified tremendous genetic diversity, with real disease implications based on where, precisely, your ancestors are from in Mexico.”

For decades, physicians have based a range of diagnoses on patients’ stated or perceived ethnic heritage, including baseline measurements for lung capacity, which are used to assess whether a patients’ lungs are damaged by disease or environmental factors. In that context, categories such as Latino or African-American, both of which reflect people of diverse combinations of genetic ancestry, can be dangerously misleading and cause both misdiagnoses and incorrect treatment. 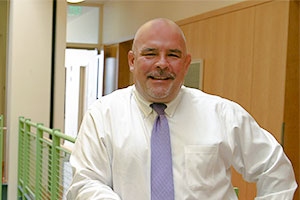 While there have been numerous disease/gene studies since the Human Genome Project, they have primarily focused on European and European-American populations, the researchers said. As a result, there is very little knowledge of the genetic basis for health differences among diverse populations.

“In lung disease such as asthma or emphysema, we know that it matters what ancestry you have at specific locations on your genes,” said Esteban González Burchard, MD, MPH, professor of Bioengineering and Therapeutic Sciences, and of Medicine, in the UCSF schools of Pharmacy and Medicine. Burchard is co-senior author of the paper with Carlos Bustamante, PhD, a professor of genetics at Stanford. “In this study, we realized that for disease classification, it also matters what type of Native American ancestry you have. In terms of genetics, it’s the difference between a neighborhood and a precise street address.”

The researchers focused on Mexico as one of the largest sources of pre-Columbian diversity, with a long history of complex civilizations that have had varying contributions to the present-day population. Working collaboratively across the institutions, the team enlisted 40 experts, ranging from bilingual anthropologists to statistical geneticists, computational biologists and clinicians, as well as researchers from multiple institutions in Mexico and others in England, France, Puerto Rico and Spain.

The study covered most geographic regions in Mexico and represented 511 people from 20 indigenous and 11 mestizo (ethnically mixed) populations. Their information was compared to genetic and lung-measurement data from two previous studies, including roughly 250 Mexican and Mexican-American children in the Genetics of Asthma in Latino Americans (GALA) study, the largest genetic study of Latino children in the United States, which Burchard leads.

Among the results was the discovery of three distinct genetic clusters in different areas of Mexico, as well as clear remnants of ancient empires that cross seemingly remote geographical zones. In particular, the Seri people along the northern mainland coast of the Gulf of California and a Mayan people known as the Lacandon, near the Guatemalan border, are as genetically different from one another as Europeans are from Chinese.

"We were surprised by the fact that this composition was also reflected in people with mixed ancestries from cosmopolitan areas,” said co-first author Moreno-Estrada, a life sciences research associate at Stanford. "Hidden among the European and African ancestry blocks, the indigenous genetic map resembles a geographic map of Mexico.”

The study also revealed a dramatic difference in lung capacity between mestizo individuals with western indigenous Mexican ancestry and those with eastern ancestry, to the degree that in a lung test of two equally healthy people of the same age, someone from the west could appear to be a decade younger than a Yucatan counterpart. Burchard said this was clinically significant and could have important implications in diagnosing lung disease.

Significantly, the study found that these genetic origins correlated directly to lung function in modern Mexican-Americans. As a result, the research lays the groundwork for both further research and for developing precise diagnostics and possibly even therapeutics, based on these genetic variations. It also creates a potentially important opportunity for public health policy, especially in Mexico, in allocating resources for both research and care.

“This can shape public health and public policy,” Burchard said. “If you’re testing a group of kids who are at risk for asthma or other health conditions, you want to do it in an area where the frequency of the disease gene is highest. We now have a map of Mexico that will help researchers make those clinical and public health decisions.”

We now have a map of Mexico that will help researchers make those clinical and public health decisions.

Burchard, a pulmonologist whose work focuses on the impact of genetic ancestry on children’s risk of asthma and response to asthma medications, has wanted to study the Mexican population since 2003, both as a medical context for Mexican-Americans and as an opportunity to understand Native American genetics. To do so, he reached out to Bustamante, who directs the Stanford Center for Computational, Evolutionary and Human Genomics.

“We were particularly motivated by the fact that the vast majority of genetic studies have focused on populations of European descent,” Bustamante said. “We think there are lots of opportunities for understanding the biology, as well as understanding differences in disease outcome in different parts of the world, by studying the genetics of complex disease in different populations.”

Over the past few years, researchers have begun to understand that genetic variation has a very peculiar structure, Bustamante said. Some common genetic variants reach appreciable frequencies (e.g., 30-50 percent) in many of the world’s populations. Most of these appear to have existed in the human gene pool at the time of the great human diasporas, including the migrations out of Africa. However, Bustamante said a “huge flurry” of other mutations have arisen since then, as human populations grew due to the advent and adoption of agriculture. These are much rarer, occurring in about 1 to 2 percent of the population, and are thought to be both more recent and relevant to health and disease. These rare variants make up the bulk of genetic alterations we see in human populations.

Many of these genetic differences already are known to have a direct impact on our risk for certain diseases, such as the BRCA gene in breast cancer, or our ability to metabolize medications. But before we can develop more precise therapies or prescribe them to the right patients, we need far more knowledge of what those variants are across diverse populations, and how they affect health.

“This is driving the ball down the field toward precision medicine,” Burchard said. “We can’t just clump everyone together and call them European Americans or Mexican Americans. There’s been a lot of resistance to studying racially mixed populations, because they’ve been considered too complex. We think that offers a real scientific advantage.”

A representative chart of a diverse genome, reflecting varied heritage across one individual’s genes, can be found on the Burchard Lab website.