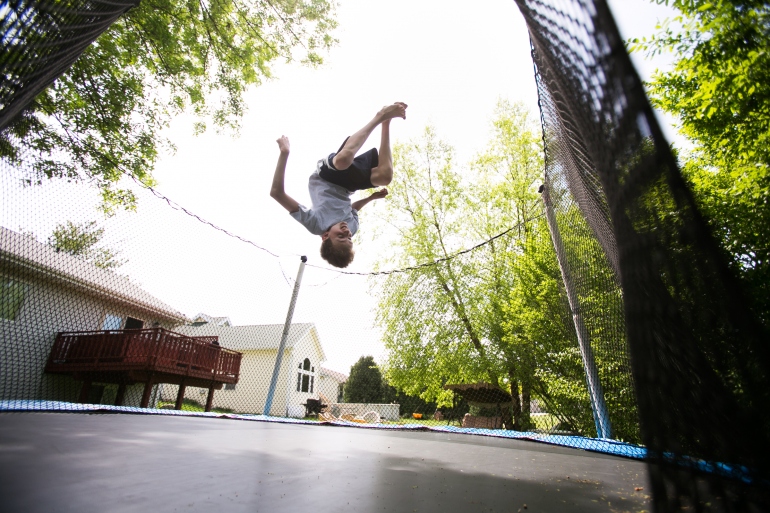 Joshua Osborn, 15, does a backflip on the trampoline in the backyard of his home in Cottage Grove, Wis., on May 31. Photo by John Maniaci

A mysterious ailment sent an active teenage boy into a medically induced coma, and no one could figure out the cause.

As precious time passed, a team at UC San Francisco employed advanced DNA sequencing technology to find a needle-in-the-haystack answer. What they found led them to a life-saving, and surprisingly simple, treatment.

Joshua Osborn’s condition has always been a hurdle, but not a roadblock.

The 15-year-old boy from Cottage Grove, Wis., was born with severe combined immunodeficiency disease (SCID), a rare affliction that leaves people extremely vulnerable to infectious diseases. It often conjures up thoughts of a “bubble boy” who's isolated from human contact, made famous by the case of a Texas boy named David Vetter in 1970s. 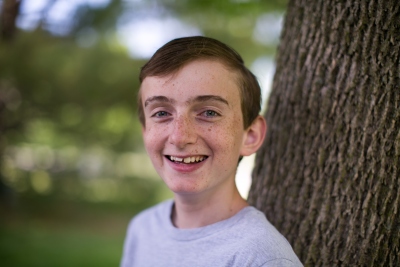 But thanks to a partial bone-marrow transplant at the age of 5 months from his mother, Josh’s immune system has grown stronger over the years – allowing him to attend school, do backflips on the backyard trampoline and play with his 3-year-old brother, Timmy.

Unbeknownst to him and his family, one summer vacation would change everything for the normally boisterous teen.

Racing Against the Clock

He was hospitalized at the University of Wisconsin Hospital in Madison with fever and headache in early April 2013, and discharged only to be readmitted later in the month with similar symptoms – plus weight loss and fatigue. He was again released when symptoms improved and tests for infectious diseases came back negative.

Then in July 2013, his waxing and waning symptoms worsened, and he was back in the hospital with brain-enflaming encephalitis. Nobody could figure out what was causing it.

“Understanding the causes of disease symptoms in patients with altered, weakened immune systems poses special challenges,” said James Gern, MD, a pediatrician and immunologist at the University of Wisconsin School of Medicine and Public Health who has coordinated Josh’s care for nearly his entire life.

“The immune system itself may generate symptoms by attacking the body’s own tissues,” he explained. “Furthermore, the range of possible sources of infection can be much greater in these immunocompromised patients.” 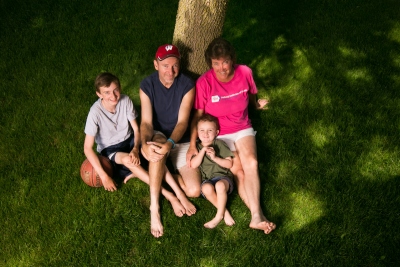 The Osborn family, from left to right: Joshua, Clark, Timmy and Julie. Photo by John Maniaci

Josh underwent many more medical tests, and even a brain biopsy. Again, no disease microbes or other suspects were identified.

His physicians believed his immune system might have spun out of control to attack his own tissue, so they administered corticosteroids, normally an effective treatment for cases of autoimmune encephalitis. But Josh’s condition worsened.

Fluid accumulated in his brain, and he experienced uncontrollable seizures, which ended only when physicians placed him in a coma.

Gern called a former research collaborator, genomics guru Joseph DeRisi, PhD, chair of biochemistry and biophysics at UCSF who has earned an international reputation for discovering the SARS coronavirus, as well as other previously unknown disease agents.

“Joe and neurologist Michael Wilson at UCSF wanted to pitch in as soon as they heard about Josh’s situation,” Gern said.

Finding the Needle in the DNA Haystack

The UCSF researchers wanted to perform a new DNA sequencing technique on Josh’s blood and spinal fluid samples that would be able to screen for the presence of anything in it that wasn’t human. 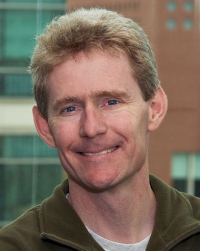 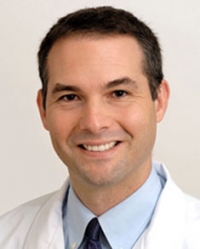 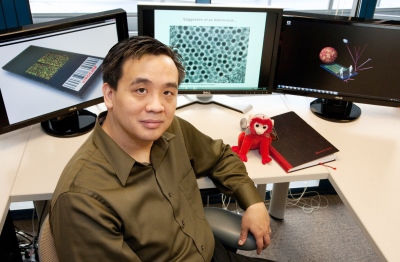 Josh’s parents, Clark and Julie Osborn, having been through so much, were nonetheless willing to go another round.

“They gave us some hope that it would help,” Clark Osborn said. “But by then, we had been through so many tests that had found nothing. We had our faith, but not much more than that.”

Wilson, an assistant professor in the Department of Neurology whose research passion is to find better ways to identify infectious and autoimmune causes of encephalitis, took Josh’s samples over to the UCSF lab headed by pathologist Charles Chiu, MD, PhD.

Chiu, director of UCSF-Abbott Viral Diagnostics and Discovery Center and associate director of the UCSF Clinical Microbiology Laboratory, has developed superfast steps for reading out DNA sequences and analyzing them for matches with disease-causing pathogens of all kinds.

To get quick results, Chiu uses state-of-the-art DNA-sequencing machines that can generate millions of sequences at a time.

But the most dramatic timesaver stems from his own lab team’s talent for writing innovative pathogen-sleuthing software, named SURPI, that can rapidly match sample DNA with the DNA of organisms contained within ever-expanding national genome databases. This analysis, which required days or even weeks a few years ago, now can be completed in less than two hours.

Within 48 hours of receiving Josh’s blood and spinal fluid, the UCSF scientists had completed 3 million DNA sequences and discovered the culprit: Leptospira santarosai, a bacterial species native to Puerto Rico – where he and his family had visited a church camp a year before he was hospitalized.

“We felt certain of the diagnosis,” said Wilson, MD. “Encephalitis is a known complication of leptospirosis. Hundreds of pieces of DNA from Josh’s spinal fluid matched, but none from the negative control samples contained any Leptospira DNA, so there was no indication of contamination during the lab procedures.”

Josh emerged from his coma, improved rapidly and underwent inpatient rehabilitation therapy. After 76 days in the hospital, he was able to return home.

The Future of Unbiased Next-Generation Sequencing

Remarkably, routine clinical tests were never able to detect Leptospira, and staff at the U.S. Centers for Disease Control and Prevention ultimately confirmed the UCSF diagnosis five months after treatment. 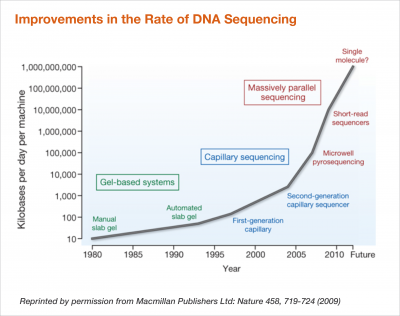 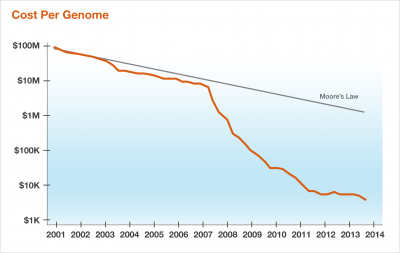 FASTER AND CHEAPER: Over the past 35 years, there has been more than a million-fold improvement in the rate of DNA sequence generation. Meanwhile, the cost to perform this "next-generation sequencing" has plummeted in recent years, allowing it to become a practical diagnostic tool. (Click on the charts above to see larger versions.)

The outcome points to a promising future both for Josh and for Chiu’s rapid-turnaround diagnostic strategy for infectious disease.

“We can test for any kind of disease-causing agent – viruses, bacteria, fungi and parasites – without having to know the suspects beforehand,” said Chiu, who is senior author of this case study, published online in the New England Journal of Medicine on June 4, that also included Wilson and DeRisi.

This mode of DNA probing – termed “unbiased next-generation sequencing” – will soon prove especially valuable in identifying the causes not only of encephalitis, but also of certain types of respiratory and bloodborne illnesses, tick-borne diseases and even outbreaks due to emerging agents such as the Middle Eastern Respiratory Syndrome (MERS) coronavirus, according to Chiu.

Chiu expects to obtain approval within a few months to offer the same diagnostic test at the UCSF clinical microbiology laboratory for diagnosis of certain types of infectious diseases.

“This case was a test run for how you would validate and deploy a clinically-approved test,” he said.

Today Josh is once again doing backflips on his trampoline, enjoying family outings to scenic Wisconsin River gorges, and like any other 15-year-old boy, daydreaming about learning to drive.

“I’m happy to be living,” he says. “By the percentages, the likelihood is pretty much that I wouldn’t be. I’m thankful.”

► Read the news release to find out more about Josh's case and next-generation sequencing.