A 14-year-old boy’s turnaround and quick recovery after mysteriously being stricken by brain-inflaming encephalitis - which led to him being hospitalized for six weeks and put into a medically induced coma after falling critically ill - shows that the newest generation of DNA analysis tools can be harnessed to reveal the cause of a life-threatening infection even when physicians have no suspects. 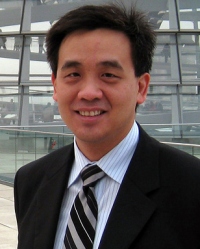 The quick diagnosis and successful treatment of the adolescent just 48 hours after cerebrospinal spinal fluid and blood were received for analysis portends the broader application of powerful, “next-generation sequencing” (NGS) techniques in solving infectious disease mysteries, not only in cutting-edge research labs, but also in clinical laboratories accessible to hospital physicians everywhere, according to Charles Chiu, MD, PhD, a professor of laboratory medicine at UC San Francisco. Chiu is senior author of the case study, published online in the New England Journal of Medicine (NEJM) on June 4, 2014.

The workflow pipeline developed in Chiu’s UCSF laboratory to streamline genetic sleuthing of disease pathogens with NGS dramatically cut the time between sample collection and actionable diagnosis and helped a medical team at the University of Wisconsin save the young patient’s life.

The NEJM study reflects the convergence of faster DNA sequencing, ever-growing genome databases for identifying pathogens and other organisms, and more sophisticated computational analysis tools to quickly analyze millions of data points. The protocol enabled rapid sequencing and simultaneous identification of all DNA in the patient samples without culturing or targeting for specific infectious disease agents.

“From the perspective of cost and turnaround time, this is a very powerful technology that has become practical to implement routinely in clinical laboratories,” Chiu said. Some clinical labs now offer NGS testing to identify cancer mutations in clinical trials and to identify mutations underlying birth defects, but until now NGS has been regarded as too slow and laborious to be useful for routine infectious disease diagnosis.

Study co-author Joseph DeRisi, PhD, chair of biochemistry and biophysics at UCSF, a Howard Hughes Medical Institute (HHMI) investigator, and a leader in using new genomics techniques to identify previously unknown pathogens, such as the SARS coronavirus, said that at a cost of a few thousand dollars, essentially any pathogen now can be detected with a single test.

“This is one test to rule them all,” DeRisi said.

DeRisi was first contacted by the boy’s physician, James Gern, MD, a professor of pediatrics and medicine at the University of Wisconsin School of Medicine and Public Health in Madison, and a research collaborator on an earlier study. He then enlisted other UCSF scientists working on NGS techniques, including Chiu and a member of DeRisi’s lab, Michael Wilson, MD, an assistant professor of neurology and the first author of the NEJM study.

After the previous weeks of extensive and costly tests and procedures in Wisconsin had failed to point to a cause of illness, application of the UCSF lab group’s powerful NGS protocol finally led to an unmistakable, if unusual, diagnosis.

Earlier tests for microbial infection had revealed no culprit. Instead, the boy’s clinical lab results and medical history – he was born with SCID, an immunodeficiency syndrome – had made it appear most likely that an immune response might be responsible for his illness. The Wisconsin physicians had administered corticosteroids, normally an effective treatment for autoimmune encephalitis, but the boy’s condition worsened. He experienced a serious build-up of fluid in the brain and uncontrollable seizures, quelled only after physicians placed him in a coma in an effort to buy time.

Meanwhile, at UCSF, Wilson worked with Chiu’s lab team to generate a library of 10 million distinct DNA sequences from samples of the patient’s cerebrospinal fluid and blood, and from a control sample. The medical researchers used a MiSeq DNA sequencer made by Illumina -- recently approved for use in clinical diagnostic labs by the U.S. Food and Drug Administration -- and sequencing was completed overnight.

An analysis tool, called SURPI, developed by Chiu’s team and described in a simultaneously published article in Genome Research, allowed the researchers to more quickly compare DNA from patient samples to the GenBank database maintained by the National Center for Biotechnology Information, and to discover that 475 distinct DNA sequences among the 3 million DNA sequences from the patient’s cerebrospinal fluid came from a type of bacteria called Leptospira. Although Leptospira was detected in cerebrospinal fluid, there was no evidence of Leptospira DNA in the patient’s blood or in a negative control sample.

This analysis of DNA sequences required just 96 minutes. A similar analysis conducted with the use of previous generations of computational software on the same hardware platform would have taken 24 hours or more to complete, Chiu said.

More specifically, the scientific investigators determined that the boy had been infected by the bacterium Leptospira santarosai, a pathogen native to the Caribbean and warmer climes. The Wisconsin and UCSF physicians consulted, and based on the strength of the finding and the low risk of antibiotic treatment – penicillin -- the boy’s medical team decided to treat without confirming the diagnosis with a clinically approved test. The treatment eliminated the infection, and the patient was discharged from the intensive care unit three weeks after treatment began. He returned home after inpatient rehabilitation therapy, 76 days after entering the hospital.

In the United States about 20,000 people, mostly children, are hospitalized each year with brain-swelling encephalitis, and more than 4,000 more are hospitalized with meningitis, a swelling of the brain covering. No cause can be identified in almost half of encephalitis cases, yet as the NEJM case demonstrates, the consequences of being unable to distinguish infectious from autoimmune causes can be serious. The UCSF investigators aim to establish a meningitis and encephalitis center at UCSF Medical Center and UCSF Benioff Children’s Hospital San Francisco, in part to use NGS techniques to more quickly and accurately diagnose potential causes of encephalitis, meningitis and other neuroinflammatory conditions.

In retrospect, it appears that the teenager might have encountered the bacterium during a family stay in Puerto Rico nearly a year before he was hospitalized. He experienced bouts of headache, fever and other symptoms only later. These initially improved, but eventually the boy’s symptoms became more serious, and he was hospitalized three times in four months before the Leptospira discovery.

No NGS test for infectious disease has been validated yet for use in commercial clinical labs or approved for routine diagnosis by regulatory agencies such as the Centers for Medicare & Medicare Services (CMS) or the Food and Drug Administration (FDA), according to Chiu. The experimental diagnostic protocol used in the NEJM case was carried out in a clinical lab according to standard operating procedures common to all regulated laboratories, Chiu said, adding that he expects to obtain approval within a few months to offer an NGS diagnostic test at the UCSF clinical microbiology laboratory for diagnosis of certain types of infectious diseases.

“This case was a test run for how you would validate and deploy a clinically-approved test,” he said.

Funding for work described in the NEJM case study was provided by the American Brain Foundation, the National Institutes of Health, HHMI, Abbott Laboratories, Amazon Web Services and the University of California.

Read more about this research, as covered in the New York Times.