UC San Francisco has been selected to join a national “dream team” on pancreatic cancer, part of a project designed to accelerate treatment and discoveries for one of the most deadly forms of cancer.

The team was announced on April 7 during the annual meeting of the American Association for Cancer Research.

The fourth leading cause of cancer death in the United States, according to the National Cancer Institute, progress in treating pancreatic cancer has long been hobbled by a difficulty at detecting it early and by a poor response to therapies by patients. While it is relatively rare, it now kills nearly as many as breast cancer and only about six percent of those diagnosed with it live as long as five years. 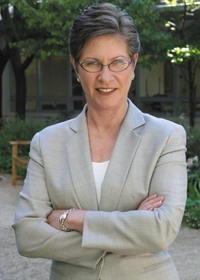 The goal of the dream team is to turn pancreatic cancer into a treatable disease.

Margaret Tempero, MD, a UCSF professor of medicine and director of the UCSF Pancreas Center, will lead the UCSF portion of the research. A pioneer in applying radioactively tagged antibodies and accelerating other cancer therapies, Tempero is known internationally for her efforts to improve the care of patients with pancreatic cancer.

In the dream team project, Tempero and UCSF colleagues will collaborate nationally studying vaccines and other immune-based strategies to keep pancreatic cancer in check. The dream team will be funded over three years by an $8 million grant sponsored by Stand Up To Cancer (SU2C), the Lustgarten Foundation, and the Fox Family Cancer Research Funding Trust, along with the American Association for Cancer Research, SU2C’s scientific partner.

“We are starting to make real progress, this is the beginning of a new era for pancreatic cancer,” said Tempero who has been involved with research into the disease for 30 years. “The cellular makeup of pancreatic tumors is unique from other cancers, which is partly why pancreatic cancer is such a difficult disease. However, we are beginning to see some very gratifying responses to treatment -- and now through surgery and chemotherapy, patients have a much better chance than they did just a decade ago. With its targeted approach, the dream team project will help us move forward in battling this very challenging disease.”

UCSF has special expertise in combatting and treating pancreatic cancer.

In one recent discovery reported in February in the journal Nature Cell Biology, researchers led by Matthias Hebrok, PhD, head of the UCSF Diabetes Center, reported the identification in mice of a key gene that normally holds tumor development at bay, but when damaged by mutation, allows pancreatic tumors to develop.

In 2012, UCSF launched a multi-disciplinary, patient-centered Pancreas Center designed to advance the care of patients with pancreatic diseases through prevention, early detection, research and treatment. The center’s team includes specialists in medical oncology, gastroenterology, surgery, nursing, psychology and radiology for the diagnosis and treatment of disease and the management of pain. 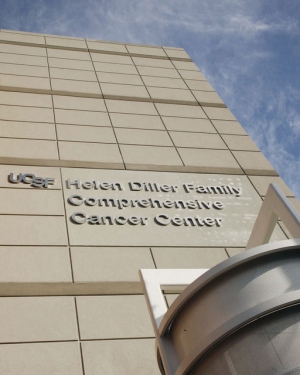 Compared to other cancers, pancreatic cancer is relatively rare, representing less than 3 percent of all new cancer cases in the United States, but it is particularly lethal. It becomes more common as people age, and occurs slightly more often in men than women.

An estimated 45,000 people in the U.S. were diagnosed with it last year, and more than 38,000 people died from it, reported the National Cancer Institute.

Tempero has served as the founding deputy director of the UCSF Helen Diller Family Comprehensive Cancer Center and as chief of medical oncology in the Department of Medicine. She was president in 2004 of the American Society of Clinical Oncology, the world’s largest cancer research organization for clinical oncologists. In February, she was named editor in chief of the Journal of the National Comprehensive Cancer Network. She has authored or co-authored more than 100 peer-reviewed articles, two books and 30 book chapters. She is currently a member of the board of directors for the Association of Northern California Oncologists as well as a member of the Scientific Advisory Board for the Pancreatic Cancer Action Network and the V Foundation.

The project will be led by Elizabeth M. Jaffee, MD, professor of oncology at the Johns Hopkins University School of Medicine; and Robert H. Vonderheide, MD, DPhil, associate director for translational research at the Abramson Cancer Center.