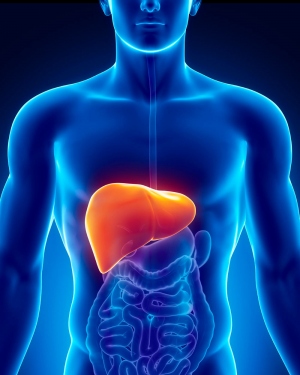 The power of regenerative medicine now allows scientists to transform skin cells into cells that closely resemble heart cells, pancreas cells and even neurons. However, a method to generate cells that are fully mature – a crucial prerequisite for life-saving therapies – has proven far more difficult.

But now, scientists at the Gladstone Institutes and UC San Francisco have made an important breakthrough: they have discovered a way to transform skin cells into mature, fully functioning liver cells that flourish on their own, even after being transplanted into laboratory animals modified to mimic liver failure.

In previous studies on liver-cell reprogramming, scientists had difficulty getting stem cell-derived liver cells to survive once being transplanted into existing liver tissue. But the Gladstone-UCSF team figured out a way to solve this problem. Writing in the latest issue of the journal Nature, researchers in the laboratories of Gladstone senior investigator Sheng Ding, PhD, and UCSF associate professor Holger Willenbring, MD, PhD, reveal a new cellular reprogramming method that transforms human skin cells into liver cells that are virtually indistinguishable from the cells that make up native liver tissue. 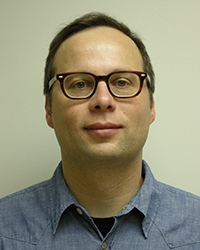 These results offer new hope for the millions of people suffering from, or at risk of developing, liver failure – an increasingly common condition that results in progressive and irreversible loss of liver function. At present, the only option is a costly liver transplant. So, scientists have long looked to stem cell technology as a potential alternative. But thus far they have come up largely empty-handed.

“Earlier studies tried to reprogram skin cells back into a pluripotent, stem cell-like state in order to then grow liver cells,” explained Ding, one of the paper’s senior authors, who is also a professor of pharmaceutical chemistry at UCSF, with which Gladstone is affiliated. “However, generating these so-called induced pluripotent stem cells, or iPS cells, and then transforming them into liver cells wasn’t always resulting in complete transformation. So we thought that, rather than taking these skin cells all the way back to a pluripotent, stem cell-like state, perhaps we could take them to an intermediate phase.”

This research, which was performed jointly at the Roddenberry Center for Stem Cell Research at Gladstone and the Broad Center of Regeneration Medicine and Stem Cell Research at UCSF, involved using a ‘cocktail’ of reprogramming genes and chemical compounds to transform human skin cells into cells that resembled the endoderm. Endoderm cells are cells that eventually mature into many of the body’s major organs—including the liver. 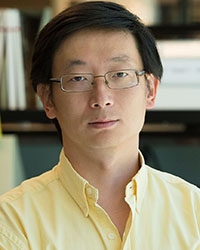 “Instead of taking the skin cells back to the beginning, we took them only part way, creating endoderm-like cells,” added Gladstone and CIRM postdoctoral scholar Saiyong Zhu, PhD, one of the paper’s lead authors. “This step allowed us to generate a large reservoir of cells that could more readily be coaxed into becoming liver cells.”

Next, the researchers discovered a set of genes and compounds that can transform these cells into functioning liver cells. And after just a few weeks, the team began to notice a transformation.

“The cells began to take on the shape of liver cells, and even started to perform regular liver-cell functions,” said UCSF postdoctoral scholar Milad Rezvani, MD, the paper’s other lead author. “They weren’t fully mature cells yet – but they were on their way.”

Now that the team was encouraged by these initial results in a dish, they wanted to see what would happen in an actual liver. So, they transplanted these early-stage liver cells into the livers of mice. Over a period of nine months, the team monitored cell function and growth by measuring levels of liver-specific proteins and genes.

Two months post-transplantation, the team noticed a boost in human liver protein levels in the mice, an indication that the transplanted cells were becoming mature, functional liver cells. Nine months later, cell growth had shown no signs of slowing down. These results indicate that the researchers have found the factors required to successfully regenerate liver tissue.

“Many questions remain, but the fact that these cells can fully mature and grow for months post-transplantation is extremely promising,” added Willenbring, associate director of the UCSF Liver Center and the paper’s other senior author. “In the future, our technique could serve as an alternative for liver-failure patients who don’t require full-organ replacement, or who don’t have access to a transplant due to limited donor organ availability.”

Other scientists who participated in this research include UCSF researchers Jack Harbell, MD, also a lead author on the paper, as well as Aras Mattis, MD, PhD, Alan Wolfe and Leslie Benet, PhD. Funding was provided by the following: the California Institute for Regenerative Medicine, the National Institutes of Health, the German Academic Exchange Service, and the Society of University Surgeons.