Genetic testing can help doctors choose the most effective and economical drugs to prevent blood clots in the half a million patients in the U.S. who receive coronary stents each year, according to a new study led by a UC San Francisco researcher.

The work, reported in the February 18, 2014 Annals of Internal Medicine, demonstrates that genetically guided personalized medicine, often perceived as pricier than traditional approaches, can both lower costs and increase the quality of health care. 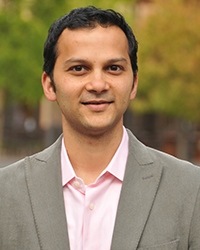 “Our results counter the general perception that personalized medicine is expensive,” said Dhruv Kazi, MD, MSc, MS, assistant professor of medicine at UCSF and first author of the new study. “What we have shown is that individualizing care based on genotype may in fact be very cost-effective in some settings, because it allows us to target the use of newer, more expensive drugs to the patients who are most likely to benefit from them.”

According to the American Heart Association, about 500,000 patients per year in the U.S. receive stents to open up coronary arteries after experiencing unstable angina or a heart attack. These patients routinely begin a one-year regimen of aspirin taken daily in combination with a prescription antiplatelet medication, a dual therapy that can significantly reduce the risk of stent-clogging clots by preventing blood cells known as platelets from sticking together.

Historically, most patients have taken aspirin in combination with clopidogrel (trade name Plavix), but the effectiveness of that drug in preventing clotting and recurrent cardiovascular problems varies considerably among patients. One cause of this variability is that clopidogrel is a “pro-drug”: to work it must first be activated by a liver enzyme known as CYP2C19, and it is therefore less effective in patients who carry genetic variations that reduce the activity of the CYP2C19 gene. Approximately 28 percent of the population carries these genetic variations, which are known as loss-of-function alleles.

Two newer drugs, prasugrel (Effient) and ticagrelor (Brilinta), prevent clotting more reliably than clopidogrel in most patients, but they are considerably more expensive, and they can have troublesome side effects. Prasugrel can cause fatal bleeding in some patients, and ticagrelor can cause uncomfortable shortness of breath.

Juggling these variables of effectiveness, expense, side effects, and genetic factors has made it challenging for doctors to choose the right drug for their patients, particularly since neither the benefit of genetic testing for CYP2C19 variants nor the relative advantages of prasugrel versus ticagrelor have been tested in randomized clinical trials.

In the new research, Kazi and colleagues built a computer simulation based on 100,000 hypothetical 65-year-old patients receiving stents for heart problems. The model incorporated more than 100 quantitative parameters that might affect the choice of anti-platelet therapy, including clinical data from the medical literature and Medicare claims, procedure and hospitalization costs from national datasets, as well as actuarial information from published life tables.

Taking all this information into account, the model showed that, in most health care settings, genotyping for the loss-of-function CYP2C19 allele before prescribing either prasugrel or ticagrelor would be more cost-effective than treating all patients with either of these drugs or with clopidogrel. Of all treatment strategies evaluated in the model, the targeted use of ticagrelor for patients with loss-of-function alleles, and generic clopidogrel for other patients appears to be the most cost-effective at a population level.

But Kazi emphasizes that one of the model’s greatest strengths is its flexibility in accommodating differences in clinical settings. “The way we’ve constructed our model allows patients and institutions to make decisions based on their own numbers rather than national averages,” he explained. “An institution can say, ‘This is what the drugs cost us, and this is our cost of genotyping,’ and decide whether genotyping makes sense in their own ecosystem.”

For example, if an institution buys ticagrelor in bulk at a relatively low cost, it may make sense for that institution to use that drug in all patients without additional expenditures for genotyping. Likewise, because loss-of-function alleles in CYP2C19 are much more frequent in patients with ancestry in South and East Asia and Oceania than in those of European or African ancestry, in health care settings with large populations of such patients genotype-guided treatment may be less cost-effective than simply treating all patients with ticagrelor.

“Current trends suggest that we can expect the cost of genotyping to go down, and the cost of newer therapies to go up in the future,” said Kazi, who is affiliated with the Division of Cardiology at San Francisco General Hospital. “So personalized medicine may become even more economically attractive in years to come.”

In addition to Kazi and senior author Mark A. Hlatky, MD, professor of health policy and of medicine at Stanford University School of Medicine, researchers from Harvard University, Harvard Medical School, the University of Pittsburgh Medical Center, Stanford Graduate School of Business, and the Veterans Affairs Palo Alto Health Care System took part in the study.

Funding for the research was from the American Heart Association, the U.S. Department of Veterans Affairs, Stanford University, and UCSF.